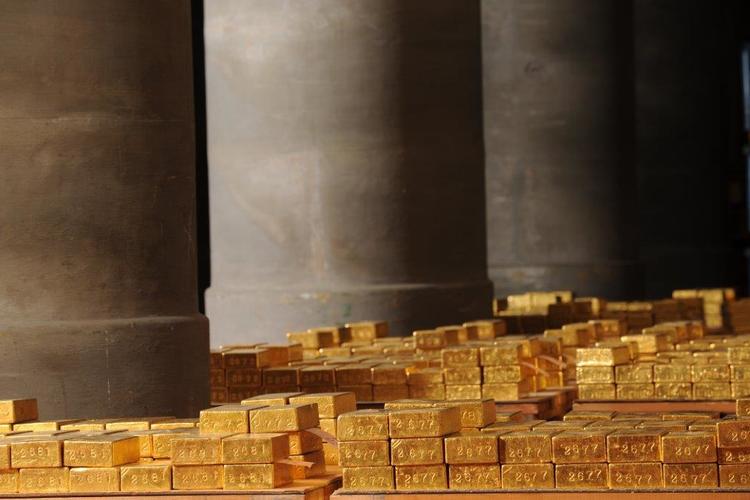 The central bank gold lending market, centered in London, is probably the most secretive financial market in the world, with very little known about its transactions and market structure.

The gold lending market’s opacity is further supported by regulators who protect the secrecy of the central banks, and mainstream financial news agencies whose editorial policies seem to forbid any market investigations, in-depth or otherwise.

It is in the gold lending market that the central banks of the world lend out their gold holdings to commercial bullion banks, where the physical gold is sold and shipped out, and where the central banks then claim to hold interest-earning ‘gold deposits’ with the bullion banks. These gold-deposits (which are merely a claim on a bullion bank) then mostly roll over short-term, passed around indefinitely between the clubby LBMA cartel of bullion banks, in a totally opaque behind the scenes network.

The physical gold bars lent out are long gone to Switzerland and the Far East, and the central banks then deceptively claim that they still hold the gold on their balance sheets (due to an IMF accounting trick) when in fact all they have is a liability to the bullion banks. In the middle of this market sits the Bank of England, offering gold custody and storage to other central banks (in the vaults under the Bank of England headquarters in London) and offering gold accounts to the bullion banks concerned. 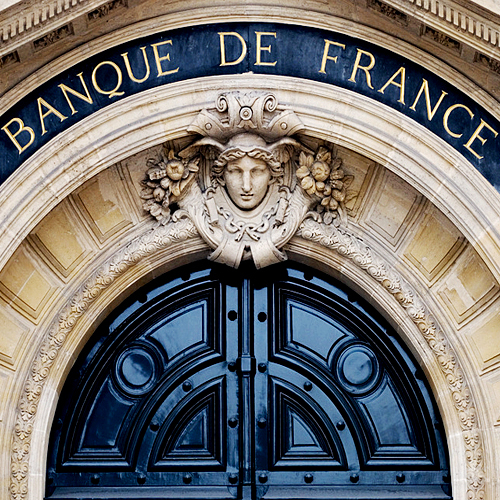 Look for gold lending market documentation on the London Bullion Market Association (LBMA) website and you won’t find it. Search for documentation and reports on the websites of the bullion banks, ditto. Talk to ex-traders who have worked in the gold lending area and they say they can’t talk about it. Ask the Bank of England and Bank of International Settlements (BIS) to explain how the gold lending market works and they characteristically go silent or answer a different question.

Within the myriad of central bank websites and reports around the world, there are a few glimpses into the gold lending market, such as a smattering of reports from some South American central banks, but these are the exceptions rather than the rule, the rule being utter secrecy to reveal anything about the extent to which gold is lent out and stays lent out i.e. the true size of outstanding central bank lent gold positions.

It is into this murky world of opacity and ‘no comment’ that the Banque of France claims to have recently entered with the aid of one of the giants of bullion banking, JP Morgan. How recently is the question, because the Banque de France was already known to be active in the gold lending market since at least 2013.

The first revelations of a Banque de France – JP Morgan tie-up came in an LBMA magazine article during October (Issue 91 The Alchemist) when the second deputy governor of the Banque de France, Sylvie Goulard, mentioned in an article that the French central bank is now facilitating access for other central banks to the gold lending market in a service its offering in conjunction with US headquartered commercial bullion bank.

In her article, Goulard explained that in 2012, the Banque de France “began to extend its range of gold services” to central bank reserve asset managers, and as well as offering other central banks the services of gold custody (vault storage), it started offering gold transaction (buy and sell) services, gold for fiat swaps (for financing and collateral), and gold lending transactions for its central bank clients:

Finally, foreign central banks can engage in gold lease transactions with the Banque de France as principal, in order to increase the return on their gold holdings without increasing their counterparty risk. Demand for gold deposits for maturities from one week to one year picked up when interest rates went below zero for a number of reserve currencies, thereby prompting central banks to look for alternative sources of return.

While these gold investment services have until now only been offered from London, it recently became possible for the Banque de France to offer them also from Paris, thanks to a partnership with a large commercial bank that is active in the gold market.“

While Goulard’s article was published in October, it wasn’t until 12 November that the identity of the ‘large commercial bank’ became known, when Reuters released an article naming the bank as JP Morgan. According to Reuters:

The wording of Goulard’s references to the Banque’s gold services is somewhat ambiguous as regards a) when exactly JP Morgan became involved as a partner with the French central bank and b) the exact range of gold services that JP Morgan is now providing to Banque the France and its central bank clients.

Goulard says that the Banque de France began extending its range of gold services in 2012, but that the partnership with JP Morgan was recent(i.e. the service offerings from the partnership recently became possible). But how recent? It was only because of the LBMA Alchemist magazine article this October (2018) that Reuters followed up and found out the JP Morgan identity. But there is no indication as to when JP Morgan opened up a (gold) account at the Banque de France. It could have been some time ago.

While the partnership between Banque de France (BdF) and JP Morgan covers gold leasing / gold deposits, its not clear if it also covers gold swaps (collateral and financing). Goulard’s words are ambiguous. She mentions a list of gold custody (vault storage), gold transactions (trade execution), gold for fiat swaps, and finally gold lending transactions, then uses the phrase “these gold investment services” can now be offered from Paris “thanks to the partnership“. Reuters thinks the deal covers swaps also, saying that Goulard had written that the Banque de France “had partnered with ‘a large commercial bank’ to offer swaps, leases and gold deposits from Paris.”

BdF  – Already involved in the gold lending market in 2013

Despite the recent news from Reuters about JP Morgan opening an account with the French central bank to facilitate gold lending, whats less well known is that the Banque of France (BdF) has been involved in facilitating gold deposits and gold swaps for central banks since at least 2013.

In a presentation to the LBMA conference in Rome in September 2013 titled ‘Gold and Reserve Management, The Banque de France experience‘, Alexandre Gautier, Director of Market Operations Department at the French central bank confirmed that the BdF was ‘still active in the gold market for central banks and official institutions, providing custody (gold storage), buy / sell (gold trade execution), gold deposits, and gold swaps. In fact, in a transcript of the speech of that same presentation, Gautier stated that the BdF FX and Gold desk in Paris was “in the [gold] market nearly on a daily basis”.

Therefore, as early as 2013, the Banque de France appears to have been providing gold storage services to bullion banks for the gold that these bullion banks were borrowing from central banks, and at the same time providing gold swap and gold deposit services to its client central banks. These gold swaps and deposits would require that the bullion banks that borrowed the gold maintain gold accounts at the Banque de France in the same way that gold deposit transactions are facilitated at the Bank of England in London where bullion banks maintain gold accounts.

In some ways the news about a partnership between JP Morgan and the Banque de France is surprising. Why partner with an American bullion bank and not a French bullion bank such as BNP Paribas, Socgen or Natixis, all of which are LBMA members and all of which are active in the London Gold Market? However, just because one bullion bank has confirmed its involvement with the French central bank in the gold market, it doesn’t mean other bullion banks are not involved also. Indeed, there is evidence to suggest the Banque de France is engaging in gold lending / swapping with a number of bullion banks.