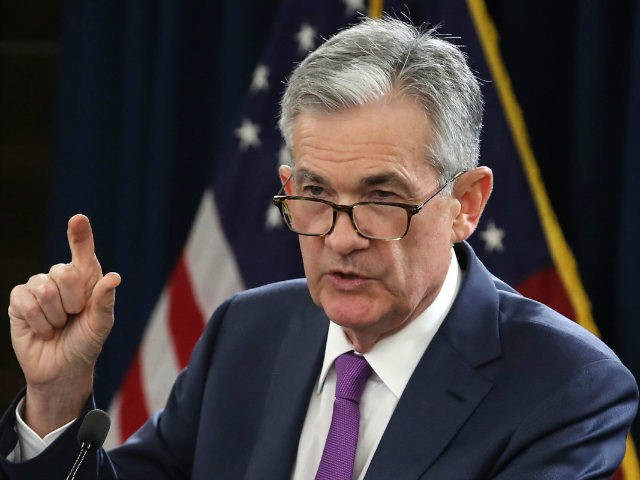 The Federal Reserve announced Wednesday afternoon, less than a week before Christmas, that the Fed will raise interest rates a quarter of a point, from 2.25 to 2.50 percent.

“Information received since the Federal Open Market Committee met in November indicates that the labor market has continued to strengthen and that economic activity has been rising at a strong rate,” the Federal Reserve said in a statement issued at 2:00 p.m. Eastern.

“Job gains have been strong, on average, in recent months, and the unemployment rate has remained low.” The Fed noted, “Household spending has continued to grow strongly, while growth of business fixed investment has moderated from its rapid pace earlier in the year.”

“In view of realized and expected labor market conditions and inflation, the Committee decided to raise the target range for the federal funds rate to 2-1/4 to 2‑1/2 percent,” the Federal Reserve announced. The Fed indicated the possibility of just two rate hikes in 2019.

The Dow Jones industrial average rose leading up to the announcement.

Predictions looked toward a likely rate hike ahead of the announcement and possible signaling to a slowing of potential future rate hikes. USA Today reported ahead of the announcement, “Most Wall Street pros expect the Fed, as it has signaled, to hike its key rate another quarter point to a range of 2.25 percent to 2.50 percent. This would be the fourth increase this year and ninth since late 2015.”