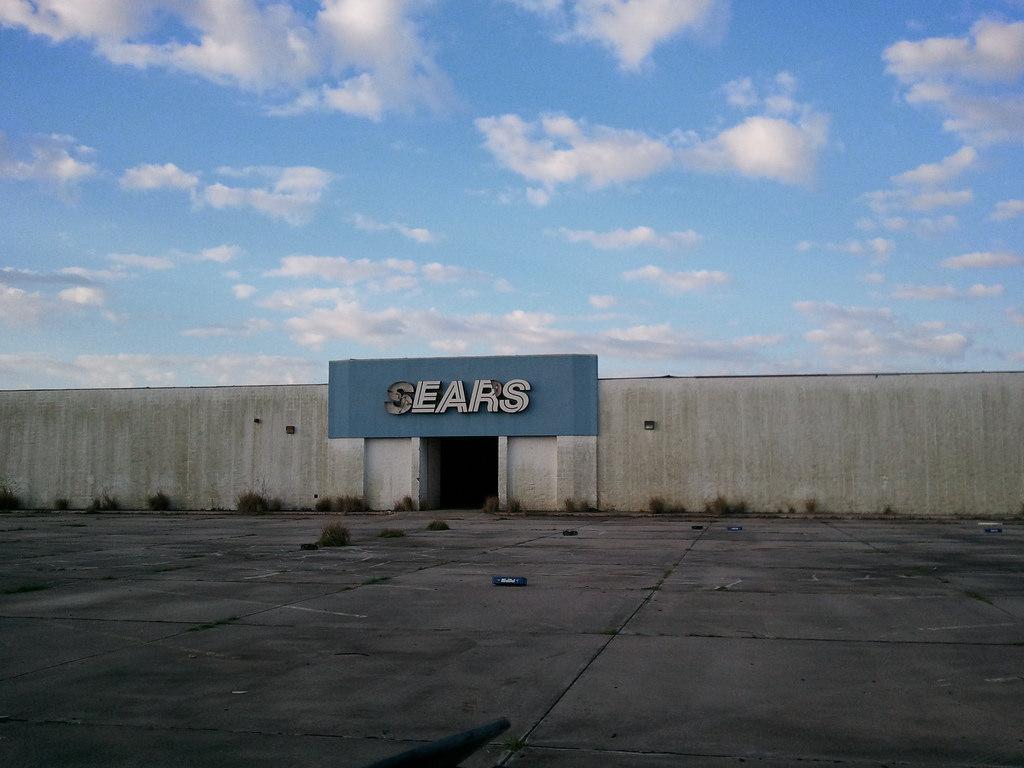 After 125 years, it is time to say goodbye.  At one time, Sears was the largest retailer that the world had ever seen by a very wide margin, and it was a shining representation of America’s seemingly endless prosperity.  But now the end has come, and Sears will be liquidated.  Oh sure, things could have been very different if they had been managed better, hadn’t gone into so much debt and had aggressively pursued online shoppers before Amazon became such a big threat.  Back in the late 1990s, Jeff Bezos was running Amazon.com out of his garage in Bellevue, Washington and Sears could have crushed him if they had aggressively moved into Internet commerce at that time.  After all, Sears originally made a name for themselves as America’s first great mail order company.  They should have seen the potential of Internet commerce, but they didn’t, and now the game is over for them.

For years I have been warning my readers that Sears was “going to zero”, and there were some that criticized me for saying that.

But in the end, it turned out to be true.

But even if that number is accurate, that means that most creditors will probably only receive a fraction of what they are owed.

On Thursday, there was still a sliver of hope that a last minute proposal to save the company could be pulled togther…

The employer of more than 68,000 filed for bankruptcy in October. Its last shot at survival is a $4.6 billion proposal put forward by its chairman, Eddie Lampert, to buy the company out of bankruptcy through his hedge fund, ESL Investments. ESL is the only party offering to buy Sears as a whole, people familiar with the situation tell CNBC. Without that bid or another like it, liquidators will break the company up into pieces.

Unfortunately, this time around nobody was stupid enough to pour more money into a lost cause, and Eddie Lampert was not able to obtain the financing that he needed.  So Friday’s deadline passed without any formal bids…

Sears, America’s iconic but bankrupt department store chain, passed a critical milestone Friday when a deadline for potential buyers to submit bids on its assets passed.

Before the 4 p.m. ET deadline its former CEO, Eddie Lampert, had proposed buying the struggling retailer in full for $4.6 billion through his hedge fund ESL Investments – including 500 Sears and Kmart stores, store inventory, the Kenmare and DieHard tool brands and other assets. As part of the deal, ESL would also forgive $1.8 billion of debt that the retailer owes the hedge fund.

In the aftermath of this debacle creditors will fight over the remaining scraps on the carcass, and everyone that worked for Sears will soon be out of a job.

On Friday the company announced the closing of 80 more stores, but as the liquidation proceeds eventually all of them will be closing.

Once upon a time, Sears operated nearly 4,000 stores, but the end has finally arrived.

Of course Sears is far from the only major retailer that is in very deep trouble.  Major chains have been closing thousands of locations all over the country, and this includes areas of the nation that have supposedly been prospering economically in recent years.  For example, just check out what has been happening in New York City…

According to a new report, Opens a New Window.  for the first time in 11 years, nationally known chains such as Subway, Aerosoles, Au Bon Pain and a slew of others are closing more stores in New York City than they’re opening.

The Center for an Urban Future found that a record 124 retailers have reduced their store footprint over the past year, nearly double the 65 retailers that cut back store locations last year.

They are calling this “the retail apocalypse”, and it looks like this trend is going to accelerate even more in 2019.

Some of us had been warning about the coming demise of Sears for many years, but the process took a while to fully play out.

On a much grander scale, the same thing is true for the nation as a whole.  During 2018, we were able to kick the can down the road a little bit longer by adding nearly 1.4 trillion dollars more to the national debt.  State and local government debt loads are at record levels, corporate debt has doubled since the last financial crisis, and U.S. consumers are more than 13 trillion dollars in debt.  The name of the game is “extend and pretend”, and the only reason why we have been able to enjoy a standard of living that is far, far greater than we have earned is because we have been able to borrow giant mountains of money at super low interest rates.  But now interest rates are starting to climb, and our unsustainable debt levels are becoming increasingly overwhelming.

Just like Sears, it is inevitable that we will experience our own day of reckoning.

But for the moment, life goes on as normal for most Americans.  And even as the final nails were being put into the coffin, members of the Atlanta Sears family gathered for their annual Christmas luncheon…

The annual Christmas luncheon was called for noon, but many members of the Atlanta Sears Family had arrived at the church hall by 10:30 a.m.

There was a lot to catch up on: birthdays, illnesses and news of club members who had died over the past few months. There was baked ham, green beans and cherry pie for lunch. There was music — oldies and Christmas carols mostly. One club member, 84-year-old Herman Atwood, danced to “My Girl,” twisting and twirling in his Sears Roebuck sweater vest as if he was at a wedding.