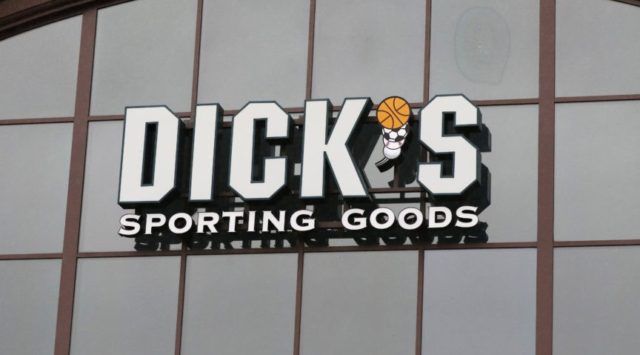 With sales falling after the implementation of corporate gun control Dick’s Sporting Goods may have to close 35 stores across 18 states.

The option of the closing the stores was revealed during a retail conference question and answer session with Goldman Sachs.

Additionally, Dick’s followed its decision to quit selling commonly owned semiautomatic rifles by destroying the unsold rifles in stock, rather than sending them back to the manufacturer. They did the same thing with “high capacity” magazines in their inventory. And on August 31, Breitbart News reported that Dick’s would begin removing “hunt products” from certain stores.