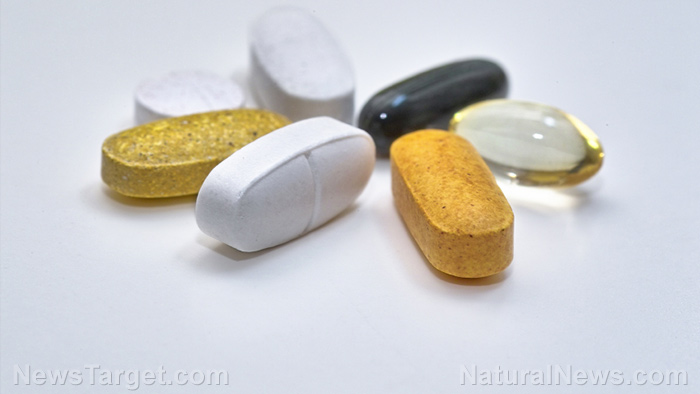 Don’t believe the expiration dates on the bottles of your vitamins and supplements; many of these important products remain effective long after the date has passed.

As long as the product is stored in a cool, dry place, it will retain its effectiveness for many years, long past its expiration date. So you don’t need to throw it out immediately after the day it “expires.”

The Food and Drug Administration (FDA) does not force vitamin and supplement manufacturers to put expiration dates on their products. But they put those “Best Before” dates on anyway, and they refuse to guarantee the safety and effectiveness of those products past those points in time.

A number of scientific studies have proven that these dates are inaccurate and even unrealistic. A high-quality supplement can last for at least 10 years in good storage conditions.

Now that the gig is up, several manufacturers have stopped putting expiration dates on their products. Instead, they print the date during which they made the batch of that particular product. (Related: The importance of stockpiling medical supplies for SHTF situations.)

In 1979, the U.S military asked the FDA to study the expiration dates of pharmaceutical drugs. The former maintained a large stockpile of such drugs for major emergencies.

These drugs cost a lot of money to procure and store. They also only lasted for a few years before they needed to be replaced according to their expiration dates.

The military wanted to know exactly how long it could preserve the expensive items. So the FDA investigated the effective lifespan of hundreds of prescriptions and over-the-counter drugs that were being kept in a safe place with the right humidity and temperature.

The study found that 90 percent of the tested pharmaceuticals could be safely used for up to 20 years after their expiration date. It concluded that the expiration dates provided by manufacturers were not a reliable source of information. This led the FDA and the U.S. Department of Defense to revise the way they selected, cleared out, and restocked their stockpiles.

These findings were confirmed by other studies. One such in-depth investigation was conducted and published by the University of California (UC). They not only repeated the 90 percent mark, but found that some of the pharmaceuticals were virtually unchanged despite decades of storage.

How to make your vitamins and supplements last for decades

To get the most shelf life out of your medical supplies, you need to store them correctly. If you keep them in the bathroom or kitchen, store them in a spot that is as high, dry, and dark as possible.

Store the products in their original containers. Keep them far away from windows and heating pipes that would cause the humidity and temperature to shift.

If given a choice between capsule, gel, or tablet forms of a supplement, always go for the solid tablets. Gel and capsule products often boast that they are absorbed much faster, but that also means they degrade faster. Solid supplements are almost as potent and have much longer lifespans.

Certain pharmaceutical products should not be kept past their expiration dates. Inhalers, insulin, liquid antibiotics, and tetracycline have been shown to lose their effectiveness as per the expiration date. Among supplements, enzymes, fish oils, liquid supplements, and probiotics are not going to last as long as you might hope they would.