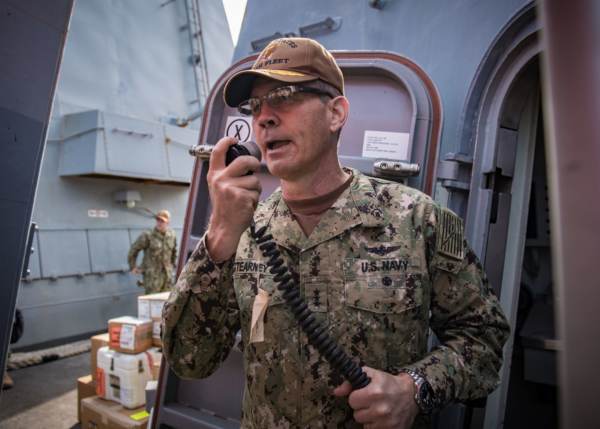 Vice Admiral, Commander of US Naval Forces Central Command, Scott Stearney was found dead in his residence in Bahrain Saturday.

No foul play is suspected, Chief of Naval Operations Admiral John Richardson said in a statement.

The U.S. Navy admiral overseeing American naval forces in the Middle East has been found dead at his residence in Bahrain, the Navy said on Saturday, adding that foul play was not suspected.

Vice Admiral Scott Stearney, a Chicago native, was the commander of the U.S. Navy’s Bahrain-based 5th Fleet. The Navy did not specify the cause of death.

“The Naval Criminal Investigative Service and the Bahraini Ministry of Interior are cooperating on the investigation, but at this time no foul play is suspected,” said Chief of Naval Operations Admiral John Richardson, adding that Stearney’s deputy, Rear Admiral Paul Schlise, had assumed command.

US Navy statement on death of Vice Adm. Scott A. Stearny, a devoted husband, and father: