A longtime associate of late Republican Arizona Sen. John McCain provided a copy of the infamous Steele dossier to BuzzFeed News, according to an explosive court filing released Wednesday.

David Kramer, a former State Department official who was an executive at the McCain Institute, met on Dec. 29, 2016 with BuzzFeed reporter Ken Bensinger, according to a filing submitted Wednesday by U.S. District Court Judge Ursula Ungaro.

BuzzFeed published the dossier, which was authored by former British spy Christopher Steele, on Jan. 10, 2017.

The disclosure was made as part of a final report ahead of Ungaro’s ruling in favor of BuzzFeed in a defamation lawsuit.

The revelation that Kramer was BuzzFeed’s source settles one of the main mysteries of the dossier, which alleges a vast conspiracy between the Trump campaign and Russian government to influence the 2016 election. (RELATED: BuzzFeed Wins Dossier Lawsuit)

According to Ungaro, BuzzFeed and Kramer dispute how Bensinger obtained a copy of the dossier.

“The parties dispute whether Kramer gave Bensinger a copy or whether Bensinger took photos of the Dossier when Kramer was not looking,” reads a footnote in Ungaro’s filing.

“Kramer testified that Bensinger took photos of the Dossier when Kramer was out of the room, even though he asked Bensinger not to,” wrote Ungaro, adding that, “in a later declaration, Kramer stated that he had no objection to Bensinger taking a hard copy and had provided hard copies to other journalists.”

The other journalists Kramer met with are not identified.

Kramer obtained copies of the dossier after meeting in late November 2016 with Steele. He and McCain became aware of Steele’s investigation of then-candidate Donald Trump earlier that month at the Halifax International Security Forum.

McCain dispatched Kramer to London to meet with Steele. After that Nov. 28, 2016 encounter, Kramer obtained a copy of the dossier from Glenn Simpson, the founder of Fusion GPS, the firm that hired Steele on behalf of the Clinton campaign and DNC.

“Kramer advised McCain to share the reports with the FBI and the CIA,” according to Ungaro.

Days later, Kramer met at McCain’s behest with Victoria Nuland, who served then as assistant secretary of state for Europe and Eurasian affairs and the State Department, and Celeste Wallender, the top Russian affairs official at the National Security Council. 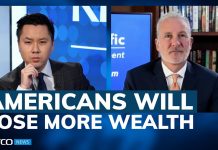