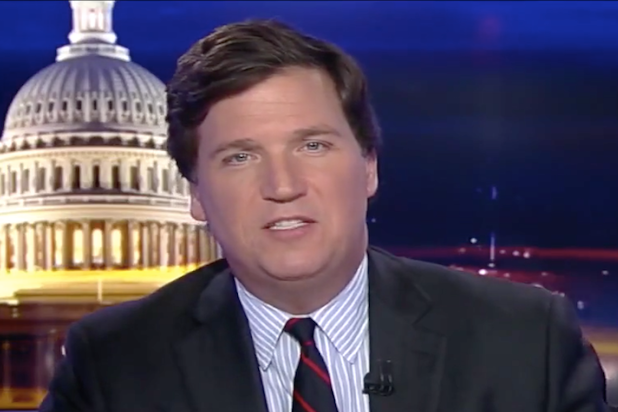 At least 20 advertisers have now dropped “Tucker Carlson Tonight” after the Fox News host said in a show last Thursday that immigrants to the United States made the country “poorer” and “dirtier.”

On Wednesday afternoon, SanDisk parent company Western Digital told TheWrap it severing its ties with Carlson. A rep for the company said in a statement: “Western Digital is a global company with employees, customers, and partners from many countries. We embrace diversity and inclusion, and work with advertising partners who share our core values.”

Earlier on Wednesday, SodaStream and Pfizer also announced they were severing ties with Carlson,

“SodStream has asked Fox to remove us from the time slot,” the company said in a tweet. Pfizer told TheWrap in a statement: “We are no longer advertising on the program.”

And on Tuesday, a spokesman for Takeda Pharmaceutical Company told TheWrap in a statement: “We have pulled our advertising off of Tucker Carlson’s show.”

On Monday, Carlson addressed the growing boycott campaign against his sponsors over his on-air remarks about immigration, telling viewers that he would not be intimidated.

“You’ve seen it a million times, it happens all the time,” he said. “The enforcers scream ‘racist’ on Twitter, until everyone gets intimidated and changes the subject to the Russia investigation or some other distraction. It’s a tactic, a well worn one. And it won’t work with the show, we’re not intimidated. We plan to say what’s true until the last day.”