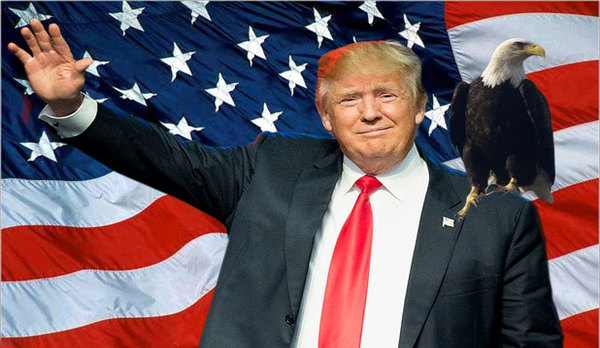 I was going to write a very different article. Like Ann Coulter, like a lot of patriots, I was completely disillusioned with Donald Trump. But then, late in December of 2018, in the space of a day or two, events took a sudden turn, and everything changed.

By the end of Hussein Obama’s eight year reign of terror, America was on the ropes. The government was hopelessly corrupt, and had become a vast criminal cartel, selling out our sovereignty, bankrupting the economy, and eroding our freedom. The Clintons and the DNC seemed to have a 007 license to kill.

The only thing that might save us from the worst consequences of our failures and begin to restore our freedom, virtue, and economy would be a bold and decisive leader, a true patriot President, a man of vision and principle, not afraid to stand up to leftist judges, politicians, and the corrupt slimestream media. Nothing less would do.

But, as it turned out, Donald Trump is not that man…or is he? He talked a good line, and much of what he said about the media and the Deep State is true. But words are not deeds, and we need a Commander in Chief, not a Tweeter in Chief. Trump’s tax, trade and regulation policies are effective, and he has at least made some effort to secure our borders, without which we do not even have a country. But, after virtually promising to end our eternal undeclared foreign wars, he kept them going, and even expanded them into Syria, where we act against the relatively moderate and lawful government of Assad, who, aided by the dreaded Russians and even the Iranians, is actually fighting against Sunni extremists.

Trump indicated that he might improve relations with Russia, but signed the bill continuing sanctions against that nation, to punish Putin for daring to occupy Crimea…which, traditionally, had always been part of Russia. Never has the danger of an unnecessary war and an escalation to nuclear holocaust been greater.

We now face the possibility of the utter destruction of Western Civilization and a horrible death for most of us. He signed spending bills funding Planned “Parenthood” and no border wall. And Trump has allowed deficit spending to continue, stocked his administration with neocons, Bonesmen, and Goldman-Sachs alumni, and utterly failed to investigate the crimes of the Witch Hillary and the DNC, and Obama and its henchmen.

Challenged by the corrupt, leftist courts, by the arrogant, unelected judges, he has folded, playing their game by their rules. When Hussein Obama decreed that DACAs, or illegal aliens who allegedly arrived here as children, could have deportation deferred for at least two years and even get work permits, the judges were okay with that. But when Trump rescinded Hussein’s executive order, the courts claimed that his action was “unconstitutional.” This is absurd to the point of insanity…obviously, if one President can issue an executive order, another one can at least rescind it. The courts have no such authority…but Trump refused to defy the judge.

When Trump limited Jim Acosta’s White House press credentials, Judge Timothy Kelly decreed that, too, to be unconstitutional. Again, this is sheer insanity, for the White House is the President’s home and his office, and Trump is not even required to hold press conferences, let alone admit anyone a judge tells him to admit. Again, Trump could have told the judge where to stick it, but Trump is no Andy Jackson. Of course, if Trump dared to defy the almighty judges, the leftists would howl with rage, demanding his impeachment or assassination…but what else is new? They do that anyway. Again, what was called for from day one was someone to stand up to the left, refusing to play their game. 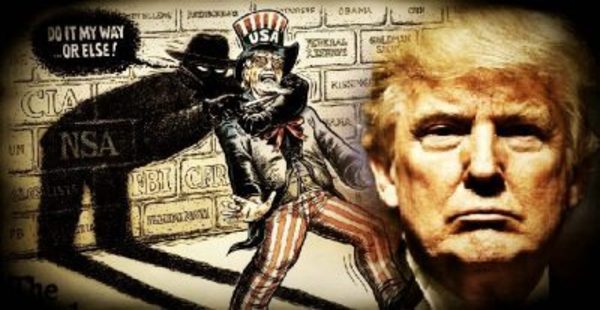 A true leader would have understood the situation and acted ruthlessly against the Deep State on day one, risking his Presidency and his life for America by firing the top people in the “Justice” Department and the FBI and BATF, the CIA and NSA, the military, and State…just to begin with. He would order the replacements or acting replacements he put in place to weed out the worst offenders in the next level down from the top, using firings, arrests where warranted, and transfers to, say, Pt. Barrow, Alaska, proceeding down the levels of management until some semblance of reform and control was achieved. Then he would have begun investigating the more obvious crimes of the Clintons and their ilk, which would reveal evidence of more crimes (certainly many, many murders). By the time he was done the left would be hopelessly weakened and discredited. Trump did none of this, and that opportunity is now all but lost.

But then, late in December of 2018, when many of us were giving up hope, Trump began pulling US troops out of Syria and then out of Afghanistan. He defied the neocons like “Mad Dog” Mattis. He threatened to allow a government shutdown if the spending bill failed to appropriate funds for his promised border wall, then seemed to waver and back down on the issue, as he has done so often. But then he held firm and let the government shut down. Will he continue to keep his promises and stand up to the NWO crowd and their Deep State operatives? Will he preserve our borders and our nation? Will he avoid nuclear holocaust? Or will he go back to heeding the advice of his daughter and son-in-law, Ivanka and Jared Kushner, and warmongering neocons like Mad John Bolton?

At this point it is impossible to say what motivates him. Those of us who research and write about such matters like to imagine that we understand what is going on and can even predict (within limits) what is likely to happen next. But, in fact, we are clueless. Beneath the visible surface of things, vast and unseen forces are at work, both for good and for ill. Mankind is clearly entering a time of both great hope and great danger, both physical and spiritual. From now on, anything can happen…and I mean anything.