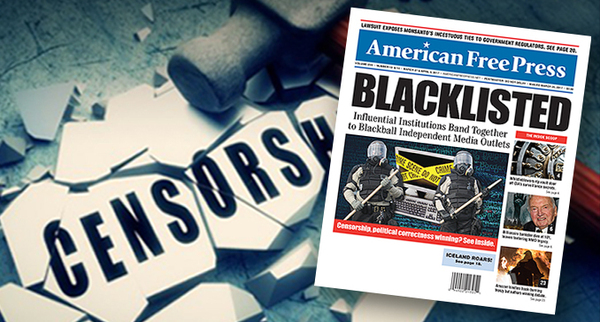 While ‘big tech’ and the left will continue to call Conservatives being censored a “conspiracy theory cooked up by the Russians” until they’re blue in the face, this must-read new story by Michael Snyder over at the Economic Collapse Blog titled “The Elite Are Creating An Authoritarian ‘Beast System’, And Those That Dissent Could Lose EVERYTHING” just got some more supporting evidence.

Waking up Tuesday morning, one of the first things we learned when we looked online was that Ray Gano’s Prophezine website had been completely destroyed. While a visit to the front page still brings up his website, at the moment of this story writing, all of his stories, dating back many years, are now gone, with an ‘Error 404 – Not Found’ message the only thing now there.

ANP has reached out to Ray and we’ve gone ahead and republished his response to us below. And as Ray tells us, many of his recent stories had gone after the United Nations and their satanic agenda’s for the world, agenda’s that Americans must never allow to unfold in our country for us to remain a free nation and free people.  Much more below on the ongoing and continuing censorship of the independent media, both left and right, but first, from Ray Gano.

I am one of the 400 websites that is blackballed by Google. This in and of itself has hurt us big time. We used to get 1500+ unique visitors a day. Now we get about 100+.

I am constantly being put in FB jail and they deleted some of my articles I am shadow banned on Twitter AND I was totally demonitized on You Tube, but they still run (their) ads on my videos.

The people who attacked us were not your common teenager hacker. We think it was either some social justice warrior or someone working the shadow government and did not like my more recent articles about Agenda 21 & Agenda 2030. I am writing a series on 2030 and have uncovered some info that people have not thought about and maybe they did not like the direction I was going.

They also gained access to our backups on the server and destroyed those as well. We are working from a broken back up that I was able to salvage. We still get 404 error codes, but I can access the back office and get to some of the articles and other files. So that is a good thing.

If you can use the following URL for gifts, it would help a lot … https://tinyurl.com/Stand-In-The-Gap

We need to purchase new server space and at a minimum it is going to cost $323 up front and then we want to purchase more security software and software that we can then created back ups.

Thanks for reaching out. It means a lot and helped put some wind back in our sails. 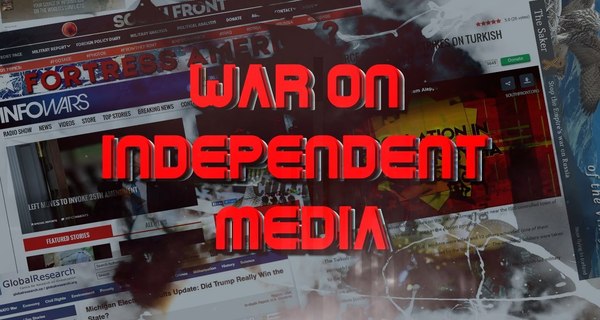 As Ray mentioned, his website is by far not the only independent media website under attack with ANP ourselves having been knocked offline several times over the last several days as numerous ANP readers have also pointed out in our comment sections. And as we hear in the first video below from the Hagmann Report featuring Steve Quayle, Conservative and independent media and Christians are under attack not only in America but worldwide. Is this dystopian system we’re now living within taking us straight into the belly of the beast?

As Susan Duclos had noticed and mentioned to me, the most recent round of attacks upon ANP began the very same day that we put out this story titled “Is This ‘Rat’ Finally Cornered? ‘Herr Gestapo’ Robert Mueller Has Nearly Single-handedly Destroyed ‘Justice’ In America As Globalists Coup Attempt Continues – The ‘American Stasi’ Is Largely The Work Of This ‘Enemy Of America Within’“.  Just a coincidence? We think not.

As we’ve reported numerous times on ANP, ever since the 2016 election season, ANP has been villified by the globalists and the ‘deep state’, with the Washington Post putting out a story soon after the election linking to this ‘list’ over at the website ‘Prop or Not’ which listed ANP, and many other websites, as ‘Russian propaganda‘.

This despite the fact that my mother’s side of my family has been here since the 1600’s, with one relative fighting against tyrants from England in the Revolutionary War, while my father’s grandmother was full-blooded Native American.

In fact, a look back at the list at the ‘Prop or Not’ website finds almost all of our favorite websites listed as ‘Russian propaganda’, including: the Drudge Report, Zero Hedge, Natural News, Infowars, SHTFPlan, The Daily Sheeple, Survivopedia, Intellihub, The Economic Collapse Blog, Activist Post, the Ron Paul Institute, Paul Craig Roberts, Fellowship of the Minds, Freedom Outpost, Health Nut News, Hang The Bankers and many, many more. So, are all of these websites ‘Russian propaganda‘ or ‘pro-American, anti-globalist‘ outlets? The answer is clear.

And as Ray had mentioned, many of these websites have endured unrelenting attacks upon our ability to earn money to stay online, attacking not only our revenue streams but our ability to publicize our stories. While most patriots live by the motto: “I may not like what you have to say but I’ll defend with my life your right to say it“, these globalists PROVE themselves as cowards by censoring information they’re obviously petrified of. And giving us more proof of the statement: “You can’t kill an idea, an idea is bulletproof“.

As Steve Quayle mentioned in an SQnote while linking to Ray’s paypal page, “one by one, alternative media websites are being taken down“. So ANP sincerely thanks all of you who have donated to us, allowing us to stay in this battle for the future of America. And with us now firmly focused upon the lead up to the 2020 election, and the globalists already at war with the independent media, the battle is clearly on. 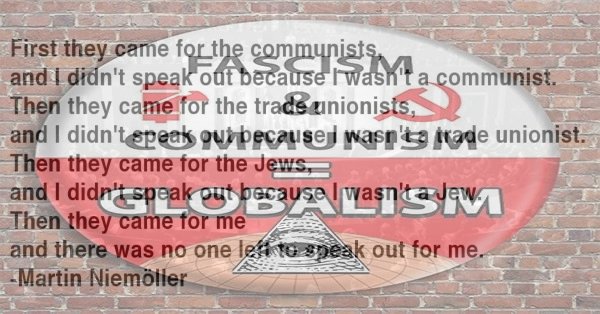 So let’s take a look in this closing section at Snyder’s important story which was republished over at Infowars, The Washington Standard, and elsewhere and which proves to us that the ‘Watchmen‘ who’ve long been warning of an incoming ‘beast system‘ were right on the money with their prognostications.

As Snyder warns us, and as we’ve been witnessing every day across America, authoritarianism is unfolding at a wicked pace not only in America but around the world, and specifically China as they unveil their dystopian ‘social credit system’ as we also hear about from Paul Joseph Watson of Infowars in the 2nd video below. From Snyder: