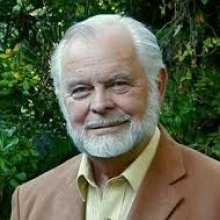 {Editor’s Note: Today is the 105th “anniversary” of the creation of the US Federal Reserve System. Five years ago on the 100th anniversary, we had the honor of interviewing G. Edward Griffin, author of the seminal book “The Creature From Jekyll Island”. The information discussed is even more relevant today than it was then, as the supposedly benevolent and altruistic Fed continues to raise the fed funds rate and contract its balance sheet. To that end, the holiday break would be an excellent time to re-listen to this terrific and tremendously-informative podcast.}

One hundred years ago today, The Federal Reserve System of The United States was born. To “celebrate” this unfortunate anniversary, I invited G. Edward Griffin, author of the book “The Creature from Jekyll Island“, to spend some time in Turdville. In a webinar format, Mr. Griffin spoke candidly about his dislike of central banking and he took questions directly from listeners.

In this 50-minute conversation, Mr. Griffin addresses many topics near-and-dear to the hearts of Turdites everywhere, including:

Many other topics are discussed, too, so please make the time to listen to this entire recording. You will not regret doing so.