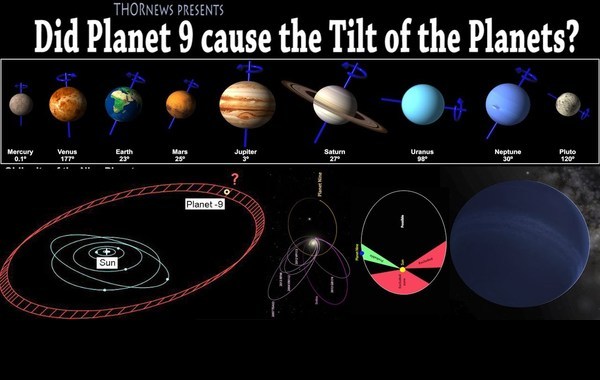 Back on December 3rd we published a story on ANP titled “10 Ways President Trump Can ‘Red Pill The Masses’ In America And Why It’s More Important Now Than Ever To Prepare For The Inevitable: ‘The End Of Normalcy Is Here‘” within which we promised a follow-up to that story listing even more ways that POTUS can ‘red pill‘ the masses in this day and age of mass deception so here we are.

As we’d promised within that story, we’re going to take a look here at several controversial subjects that even many President Trump supporters who’ve awoken to the deep state coup attempt upon President Trump and globalist tyranny might not agree with and that’s fine, we certainly don’t know all of the answers but promise to keep on pointing out the historical facts and asking a whole lot of important and unaddressed questions.

We’d also promised within that story that in this follow-up, we’d look at some ANP reader suggestions of other ways that POTUS can ‘red pill’ the masses in 2018 so we’ll do that as well in the space below. And while we focused on topics such as ‘deep state false flag terrorism‘, MKUltra and deep state mind control, the still classified FISA documents, alternative energy, weather modification, the ‘REAL’ history of Barack Obama, Hillary Clinton and Uranium One and Area 51 and the ‘secret space program’ in our first story, this story will take a closer look at topics that we can’t possibly know all of the answers to.

So we’ll take a look here at ‘the true history of our planet Earth‘, what has been happening in Antarctica and the so-called mysterious ‘Planet X’, with the bottom half of our story taking a look at how POTUS can ‘red-pill‘ the masses by declassifying documents that tie directly into the government performing illegal experiments upon the masses, poisoning us via stealth means and how they’re continuously censoring alternative viewpoints on health topics such as cancer treatments.

1) Declassify any and all government documents related to the TRUE history of our Planet Earth.

While the school systems have taught us their version of events about the history of our planet Earth, many researchers believe that much about our planet’s history is being hidden with “many archaeological finds not recognized because they don’t fit into the official establishment record of how life on earth evolved“.

Try talking with members of the establishment about giants roaming upon our planet long ago or lost ancient civilizations and you’ll get a look of utter bewilderment and confusion yet it’s long been warned that globalist entities such as the Vatican are covering up our planet’s true history.

As Steve Quayle wrote on the rear cover of his book “Genesis 6: Giants“, “the overwhelming evidence of biblical giants as well as the Titans found in mythology and legends not only existed, but also brought false religions and human sacrifices to our planet. The author also reveals how giants were (and are) fathered by fallen angels, and the spirits of dead giants become the demons that have plagued mankind throughout history. You will also learn about historic giants from the distant past right on up to today, how modern giants may form the vanguard of the coming attack on the human race, and how you can protect yourself and your loved ones from the spiritual attacks Satan and his angels have planned for mankind.”

We’ve also been warned that the Smithsonian Institution has covered up the discovery of giant bones and while we’re absolutely not in the position at this moment to prove that correct, Mysterious Earth reports that dozens of such finds all across the country have been covered up, even the NY Times reported all the way back in 1902 that ‘Giant bones‘ had been found in New Mexico.

So while a massive cover-up of the true history of our planet Earth has possibly been going on for over 100 years and maybe much, much longer, President Trump could immediately ‘red pill’ the masses by declassifying any and all government and/or censored documents that might shed a little bit more light on what the ‘gatekeepers‘ apparently want to keep hidden.

2) Declassify any and all government documents related to ‘Planet X’ aka Planet 9.

Which leads us directly into ‘Planet 9‘, what both the Washington Post and the NY Times called ‘Planet X‘ in stories that were written all the way back in 1983 before they went completely silent on the still ongoing search for that mysterious, heavenly body.

And while many will still call ‘Planet X’ or ‘Planet 9’ a baseless conspiracy theory, for the last several years that ‘conspiracy theory’ has been the focus of one of the largest manhunts in history, with thousands of astrologers spending day after day searching for it in one tiny part of the sky.

As Wired reported back in September, the hunt for ‘Planet 9’ has become an obsession for many and while many will ask “why should we care” about a planet “circling the Sun on a vast 15,000-year orbit that takes it 40 times further than Neptune“, Space.com reported back in 2016 that ‘Planet 9’ might be responsible for the very tilt of the planets in our solar system.

“Planet Nine may have tilted the other planets over the lifetime of the solar system,” said study lead author Elizabeth Bailey, an astrophysicist and planetary scientist at the California Institute of Technology in Pasadena.

Bailey and her colleagues ran computer simulations that suggest that the tilt of the eight official planets can be explained by the gravitational influence of Planet Nine “over the 4.5-billion-years-ish lifetime of the solar system,” Bailey told Space.com.

Bailey did note that there are other potential explanations for the tilt of the solar system. One alternative is that electrically charged particles influenced by the young sun’s magnetic field could have interacted with the disk of gas and dust that gave rise to the planets in ways that tilted the solar system. Another possibility is that there might have been an imbalance in the mass of the nascent sun’s core.

“However, all these other ways to explain why the solar system is tilted are really hard to test — they all invoke processes that were possibly present really early in the solar system,” Bailey said. “Planet Nine is the first thing that has been proposed to tilt the solar system that doesn’t depend on early conditions, so if we find Planet Nine, we will be able to see if it’s the only thing responsible for the tilt, or if anything else may have played a role.”

And as we’d previously reported on ANP back on October 4th,  according to Dr. Daniel Whitmire, a scientist formerly with the Universityof Arkansas, “there is evidence that Planet 9 may be responsible for periodically casting comets into the inner solar system.” Also warning that such comets could be responsible for a series of ‘extinction level events‘ upon the planet Earth, Dr. Whitmire proclaimed that it was only a matter of time before such an event happens again.