I don’t often report on UFO sightings, but this one shared by Mr. J.D. of a sighting in Australia grabbed my attention, both for its sensational nature, as well as for the opportunity for some of our daily dose of high octane speculation. According to this story, a triangular UFO was spotted in Australia and actually filmed during a major lightning storm:

The article itself advances the theory that the object is not only a vehicle of some sort, but a human vehicle reverse engineered from “alien technology” and part of the USA’s secret arsenal of fiield propulsion craft. Well, I don’t know about that, but it sure does go a long way to explaining where some of the missing $21,000,000,000,000.00 might have gone. But nevermind my own speculations here; the article states that the original UFO Today version has it’s own theory:

“It seems these mysterious objects are feeding on the 200000 ampere lightning strikes to load their intergalactic batteries.”

It’s this kind of wildness that so frustrates me about Ufology, or in this case, perhaps Ufoology. To describe the object as capable of “intergalactic” travel without any adequate data for that conclusion is going way beyond the evidence. We don’t even know (1) if it is an object, and (2) if it is, whether or not it’s even capable of interplanetary travel within our own solar system, let alone our own galaxy, much less between galaxies. All we have is a video of a triangular “something” in the midst of a lot of lightning arcs. That said, I don’t know about you, but it certainly looks like an object to me, and not just an unusual cloud formation, a trick of light(ning) and shadow, or swamp gas, or any of the other frivolous explanations that have come from the UFO skeptic crowd either.

But the article does get one thing right: UFO sightings do seem to cluster around electrical activity, recall only the famous 1965 blackout in parts of New England and Ontario. During that event there were several UFO sightings, many of them near bodies of water or power lines and substations. Not all UFO sightings, to be sure, exhibit this pattern, but at least enough of them do to suggest some sort of pattern is in evidence. In addition, any one familiar with UFO literature will be aware that in many encounters with UFOs, electrical equipment often tends to malfunction, or cease functioning completely.

All of this brings me to my high octane speculation for the day: what if the basic theory advanced in the article were reversed? What if, instead of “charging its intergalactic batteries” the object is in fact creating, or at least, amplifying local atmospheric electrical dipoles? Such a theory would seem to square better with other patterns of electrical activity reported with UFOs, as mentioned above. There is of course a major problem with that theory as well, and that is simply that triangular UFOs have been seen by many witnesses, from the famous “Phoenix lights” episode to the more dramatic sightings of such objects in Belgium, and so on. In those instances, the dramatic electrical activity of a lightning storm was not present. But this does not mean one should throw out the hypothesis entirely, for local atmospheric conditions in those instances may have been very different. 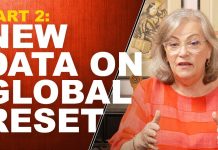