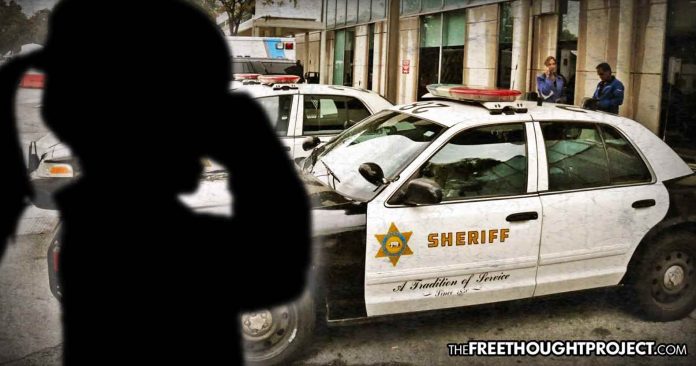 Los Angeles, CA — A disturbing case of police rape has surfaced out of the Los Angeles Sheriff’s Department this week as a detective assigned to handle victims of child molestation cases was arrested for allegedly raping a 14-year-old girl. The girl was a victim in a case the officer was investigating and had already been raped by someone else.

Detective Neil Kimball, 45, was assigned to the Special Victims Bureau, a unit tasked with investigation cases of sex crimes against children. Kimball was arrested on Friday on suspicion of rape by force and “preventing or dissuading a witness or victim from testifying,” said Nicole Nishida, spokeswoman for the department’s Internal Criminal Investigations Bureau.

Given the number of victims Kimball has had contact with in the past, this case has caused grave concern at the department. According to the LA Times, Kimball has investigated dozens of child molestation cases in the last 5 years as a member of the elite specialized unit.

“The investigation and arrest resulted from information provided to the department by a member of the public,” the Sheriff’s Department said in a statement.

The department kept the arrest on Friday under wraps and made no mention of it until Monday.

Adding to the insidious nature of the case is the fact that this is not the first time Kimball has been accused of sexual misconduct on the job.

As the LA Times reports, Kimball was investigated previously, after a woman told the Sheriff’s Department in February 2009 that Kimball had grabbed her hand several months earlier and tried to make her touch his genitals, according to a memo from the Los Angeles County district attorney’s office. Prosecutors ultimately declined to charge Kimball in the case.

The above allegations were made in 2009 and despite the evidence against him—although it didn’t lead to a conviction—Kimball was allowed to join the special victims unit to deal with child victims of sexual assault.

When asked why he was allowed to join the unit despite the 2009 allegations, the department said in a statement, according to the Times:

“The prior allegations involving Det. Kimball were presented to the Los Angeles County district attorney’s office and criminal charges were declined due to insufficient evidence. The department will conduct a review of the internal process related to Det. Kimball’s assignment at Special Victims Bureau.”

According to the report in the Times:

News of the arrest sent a tremor through the ranks of sex crime investigators, who are normally thoroughly vetted before receiving such assignments.

Dan Scott, a retired Sheriff’s Department sergeant in the special victims unit who has investigated hundreds of child sex abuse cases, said of Friday’s arrest: “This is a shock. The unit has never had something like this happen.”

As of Monday night, Kimball remains in jail on a $2,000,000 bond. He is currently suspended with pay.

As TFTP has reported, while independent researchers began tracking how many people are killed by cops every year, no one was tracking how many crimes were committed by cops. However, that is beginning to change, and the data shows that the problem is staggering.

Last year, a study exposed the startling fact that police officers are arrested about 1,100 times a year, or roughly three officers charged every day. Many of these arrests are over unspeakable sex crimes.

“Police crimes are not uncommon,” the study’s lead researcher Philip M. Stinson concluded. “Our data directly contradicts some of the prevailing assumptions and the proposition that only a small group of rotten apples perpetrate the vast majority of police crime.” Although nearly 60 percent of the crimes “occurred when the officer was technically off-duty,” Stinson wrote, “a significant portion of these so-called off-duty crimes also lies within the context of police work and the perpetrator’s role as a police officer, including instances where off-duty officers flash a badge, an official weapon, or otherwise use their power, authority, and the respect afforded to them as a means to commit crime.”