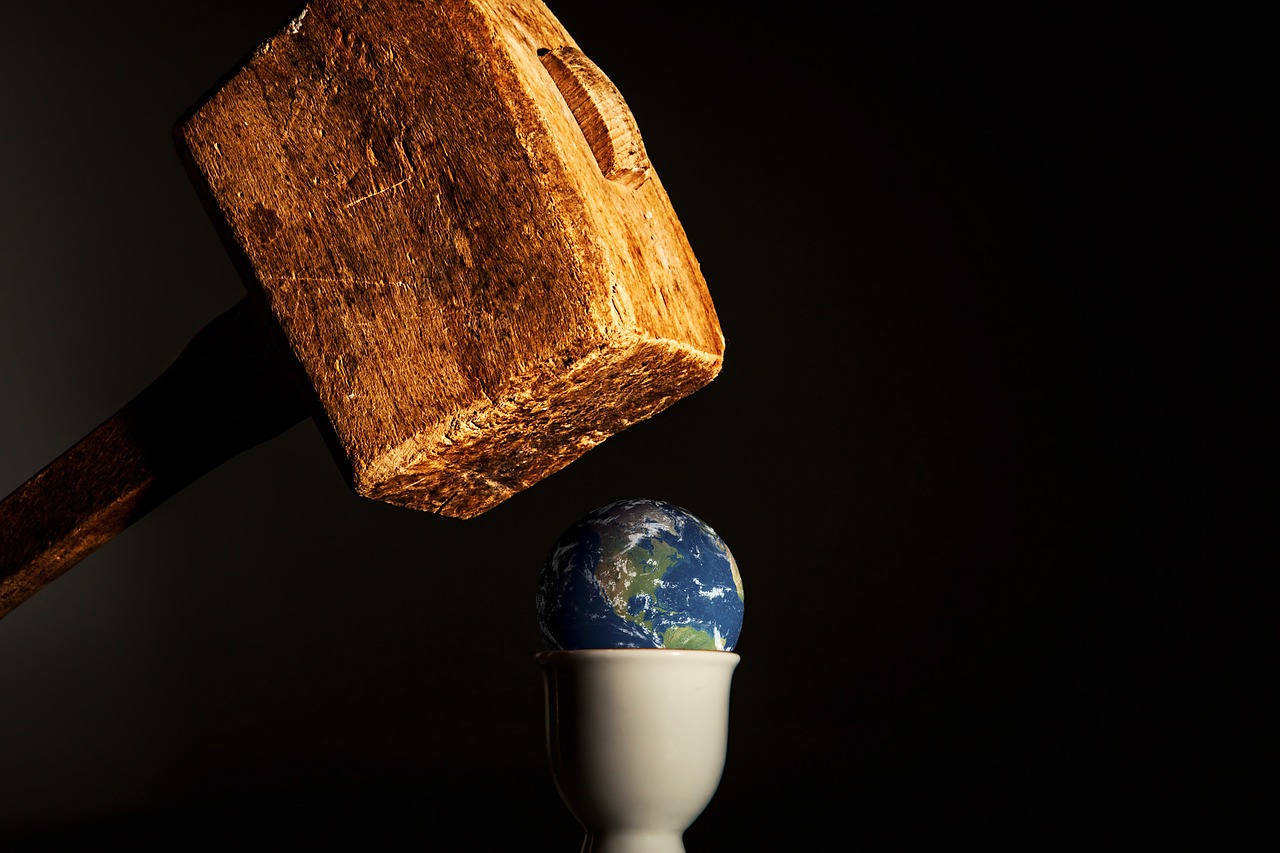 The clock is ticking for humanity, and it is not just because our financial system is heading for the biggest implosion that any of us have ever seen.  The truth is that we are literally running out of everything.  We will not have enough oil to meet our energy needs long before we get to the end of this century.  The lack of fresh water is already a major crisis in many parts of the world.  Our air and our soil are more polluted than they have ever been before.  And at this point we can barely feed the entire planet, but global demand for food is expected to escalate dramatically in the years ahead.  If we continue doing things the way that we have been doing them, a future filled with famine, civil unrest, environmental chaos and war appears to be inevitable.  We are literally on the verge of total planetary collapse, but because this is happening in slow-motion most people don’t feel an urgency to do anything about it.

And to a certain extent, the damage has already been done.  This week, the WWF released a report which found that the vertebrate population of the world has fallen by an average of 60 percent since 1970.  the following comes from NBC News…

The population of the planet’s vertebrates has dropped an average of 60 percent since 1970, according to a report by the WWF conservation organization.

The most striking decline in vertebrate population was in the tropics in South and Central America, with an 89 percent loss compared to 1970. Freshwater species have also significantly fallen — down 83 percent in that period.

You may be thinking that you are not a big fan of the WWF, and I certainly am not either.

But even if their numbers are off by half, we are still talking about a planetary disaster of unprecedented magnitude.

Vertebrates include all mammals, fish, birds, amphibians and reptiles.  Species after species is being wiped out, and enormous holes are forming in the global food chain.

I don’t know if I even have the words to describe what we are facing.  The chief executive of the WWF says that what we are experiencing is “death by a thousand cuts”…

The animals that remain will fight against warming oceans choked with plastic, toppled rain forests may zero out fragile species, and refuges such as coral reefs may nearly die off.

That will transform life as humanity knows it, said Carter Roberts, the chief executive of the WWF in the United States, if societies do not reverse course to protect the food, water and shelter needed for survival.

“The numbers are astonishingly bad,” Roberts told The Washington Post. “It’s death by a thousand cuts.”

There are a couple of other numbers from the report that I wanted to highlight.

First of all, the report states that nearly 6 billion tons of fish and invertebrates have been taken out of our oceans since 1950.  Today, over 4 billion people get at least some of their protein from eating fish, and if we do not start doing a better job of taking care of our oceans we are going to be facing a horrific planetary famine very soon.

Secondly, the report also claims that 90 percent of all seabirds in the world now have plastic in their stomachs.

We are literally filling up our oceans with our plastic waste, and in the process we are destroying our future.  For much, much more on this, please see my recent article entitled “There Are Trillions Of Pieces Of Floating Plastic In Our Oceans, And If We Don’t Stop All Marine Life Will Eventually Be Dead”.

The time to act is now, but it is extremely difficult to get the entire world to act in unison on anything, and most of the “environmental solutions” that are being proposed today are complete rubbish.

But “doing nothing” is certainly not an option either.  Without our natural environment, modern societies would cease to exist, and this is a point that the report made very clearly…

The report urged quick action to avoid irreversible change to the planet, including a shift to green energy and environmentally friendly food production.

“What is clear is that without a dramatic move beyond ‘business as usual’ the current severe decline of the natural systems that support modern societies will continue,” the report said.

Tanya Steele, the WWF’s chief executive in Britain, put it more bluntly to CNN: “We are the first generation to know we are destroying our planet and the last one that can do anything about it.”

Years ago, I remember watching a DVD entitled “Collapse” by Michael Ruppert.  I know that many of you probably watched it as well, because at the time it was very popular.  In that video, Ruppert made some excellent points about our limited natural resources.  But things have gotten so much worse than when he originally put that DVD out, and if he was alive today he would be absolutely horrified at how rapidly things have fallen apart.