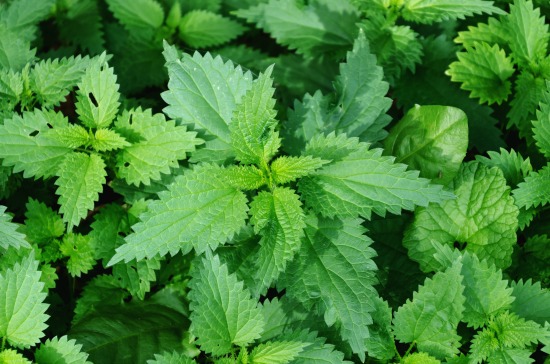 Deemed a useless plant by many, nettle is often avoided and weeded out of yards because it can be annoying and irritating.  But after being the subject of several studies, nettle has begun to prove its worth. While you may curse the plant for the temporary discomfort, stinging nettle (Urtica dioica) is actually a beneficial perennial that treats several conditions.

Stinging nettle is a perennial flowering plant that has been used medicinally for ages, dating back as far as Ancient Greece. Today, it can be found all over the world, but its origins are in the colder regions of Europe and Asia.

The first historically documented use of this beneficial herb was when Roman soldiers battled the cold by rubbing the leaves on their arms to induce inflammation and irritation, according to Mercola. The plant’s popularity has now spread across the world and has been used by medical practitioners since the 19th century because of its abundance of chemicals and compounds that can help the body function optimally.

How To Identify Nettle 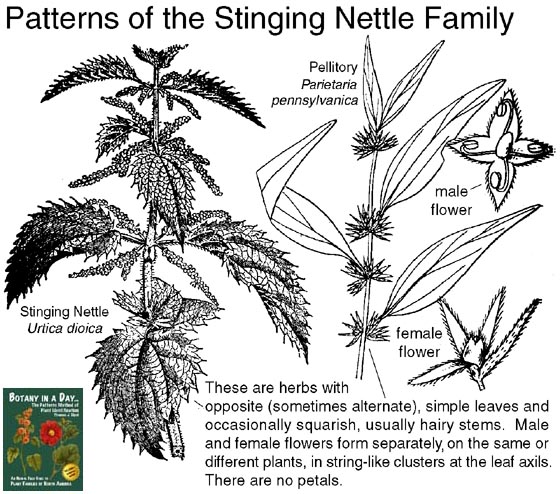 Nettle plants can be differentiated from other plants through their leaves. The nettle leaf has an ovate shape with deeply serrated edges. These leaves also have long stinging hairs that inject chemicals into the skin when you accidentally touch or brush past them. These hairs often cause pain and inflammation in the affected area.

The stems of the leaves often have hairs on them and neither the male or female flowers have petals. The flowers form in string-like clusters at the leaf axis. The plant usually grows between two to four feet high and blooms from June to September. Nettle grows best in nitrogen-rich soil, has heart-shaped leaves, and produces yellow or pink flowers.

Stinging nettle contains a number of chemicals, such as serotonin, histamine, and acetylcholine, some of which can be very irritating to the skin. These chemicals cause the stinging irritation on skin and are found at the base of the fine hairs on the nettle. When brushed up against, the fragile tips of the stinging hairs break off. The remaining hair becomes a small needle, able to deliver the chemicals into the skin causing a reaction. The reaction to stinging nettle can cause pain, redness, swelling, itching, and numbness. 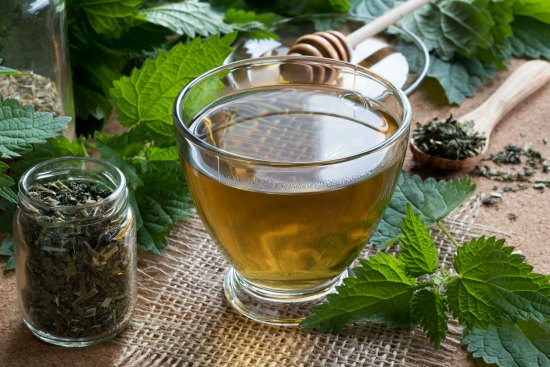 Perhaps its most popular use is turning the leaves into stinging nettle tea, which is a common natural allergy relief remedy. It’s also proven to benefit skin, bone, and urinary health as well. Nettle also contains vitamins C and K, B vitamins, as well as minerals like calcium, magnesium, and iron. It also has amino acids and antioxidants, which may help fight free radicals.

The antioxidant properties of the nettle plant have been observed to help minimize inflammation. It can be used topically to help relieve joint pain as well.

One of the more common uses of nettle is to treat allergies, as mentioned before. Nettle can alleviate an allergic reaction. While physical contact with the nettle leaf can cause allergic reactions, the ingestion of nettle tea is known to help dampen the body’s response to allergens by binding with the body’s histamine receptors. It can aid in the prevention of rhinitis (inflammation of the mucous membrane of the nose as the result of a virus, aka. the common cold) and act as a soothing remedy for the congestion.

BPH (Benign Prostatic Hyperplasia) symptoms and urinary issues can also be treated using stinging nettle. Often the symptoms of BPH are caused by an enlarged prostate gland pressing on the urethra. BPH sufferers experience varying levels of increased urges to urinate, incomplete emptying of the bladder, painful urination, post urination dripping, and reduced urinary flow. A testosterone-induced BPH study on rats has shown that stinging nettle may be as effective at treating this condition as finasteride, the medication most commonly used to treat BPH.

How To Make Nettle Tea

It is important to take precautions first before using any herbal remedy. When making stinging nettle tea, only use younger plants that have not flowered or gone to seed. The older leaves on the younger plants are often sweeter if that is a flavor preference.  Some medical articles state that when nettles flower and go to seed they can form cystoliths or calcium concretions (aka bladder stones) in the body. Don’t drink nettle tea if you are pregnant. It can alter the menstrual cycle and may contribute to miscarriage. Other doctors warn that people with heart disorders, kidney problems, or hormone-mediated cancers should use caution. Some studies have suggested that nettle raises blood sugar levels and others show that it lowers them, so if you are diabetic you should monitor your blood closely.