September 17, 2018 (LifeSiteNews) – The shocking accusation by Archbishop Carlo Maria Viganò that Pope Francis helped cover up sexual misconduct — an accusation the Pope has so far declined to answer — as well as the litany of sexual abuse cases among clerics, force any Catholic to ask the question: how could this possibly take place in the moral institution that is the Roman Catholic Church?

One possible — little known, but very important — answer dates back to the Bolsheviks and their Communist leader Joseph Stalin. 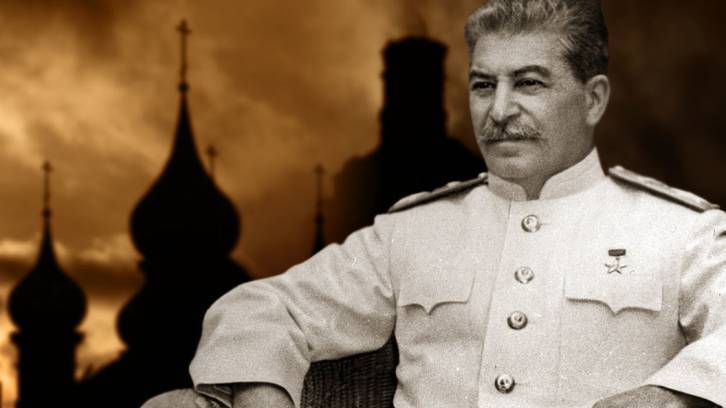 Recently, I came across a video on Youtube of a presentation by former Soviet KGB propagandist Yuri Bezmenov, aka Tomas Schuman, who worked for the Soviet Union’s Novosti Press Agency until he defected in 1970. In this 1983 video, he claimed that the West was slowly being subverted into Marxism by the methods of “ideological subversion,” a form of warfare the KGB used against America.

Bezmenov explains that the main effort of the KGB was not conventional intelligence at all. Only some 15 percent of resources were spent on James-Bond-style espionage, while 85 percent was devoted to a slow process called “ideological subversion” or “active measures.”

The main methods used by Marxists in the West, Bezmenov explains, were to “corrupt the young, get them interested in sex, take them away from religion. Make them superficial and enfeebled […] destroy people’s faith in their national leaders by holding the latter up for contempt, ridicule and disgrace […] cause breakdown of the old moral virtues: honesty, sobriety, self-restraint, faith in the pledged word.”

The main targets were — and remain — institutions of religious faith, education, media and culture, the targets also of the hippie movement of that day. Although to all appearances America firmly rejected Soviet Communism during the Cold War, Bezmenov correctly observes that there was a massive undercurrent of Marxist-Leninist indoctrination at many, if not most, universities and institutions of learning, in the media and artistic communities in the West throughout the 1960s and 1970s.

This indoctrination was never challenged or counterbalanced by fundamental American patriotic values. This was especially true of the entertainment industry. According to Bezmenov, a group of rock or pop-musicians with a message of ‘social-justice’ sugar-coated in popular ‘spiritual’ tunes were actually more helpful to the KGB than someone standing in the pulpit preaching Marxist-Leninist doctrine.

The 1983 video shows Bezmenov explaining that the demoralization process in the US had already been completed to a degree beyond the wildest dreams of the top leadership in the Kremlin.

“This process was done by Americans to Americans thanks to a lack of morals. Most of the people educated in the 1960s, intellectuals are now occupying the positions of power in the government, civil service, mass media and the education system. You are stuck with them,” Bezmenov points out.

However, Bezmenov omitted mentioning that the Catholic Church was one of the main targets of the Communists.

Former Communist Bella Dodd spoke on the Communist infiltration of the Catholic Church. Dodd, an important Communist party lawyer, teacher and activist, converted to Catholicism in April 1952 under the tutelage of Bishop Fulton J. Sheen. Stating that the Communist infiltration was so extensive that in the future “you will not recognize the Catholic Church,” Dodd testified before the U.S. House Un-American Activities Committee (HUAC). She said, “In the 1930s, we put eleven hundred men into the priesthood in order to destroy the Church from within. The idea was for these men to be ordained, and then climb the ladder of influence and authority as Monsignors and Bishops.”

According to Catholic philosopher and professor Alice von Hildebrand, who was a friend of Dodd, she told her that “when she was an active party member, she had dealt with no fewer than four cardinals within the Vatican who were working for us, [i.e. the Communist Party].”

In her public affidavit Dodd stated, among other things, “In the late 1920s and 1930s, directives were sent from Moscow to all Communist Party organizations. In order to destroy the [Roman] Catholic Church from within, party members were to be planted in seminaries and within diocesan organizations… I, myself, put some 1,200 men in [Roman] Catholic seminaries.”

Alice von Hildebrand confirmed that Dodd had publicly stated the same things to which she attested in her public affidavit.

Dodd came to the venerable Archbishop Fulton Sheen, heartbroken and finally realizing the terrible irreparable harm she had done by faithfully and effectively following an order of Stalin, namely to recruit men distinguished by their complete lack of faith and moral virtue, and engage them to “infiltrate Catholic seminaries and religious orders.” Given her talents, her eloquence, her charisma, she was successful beyond all expectations. When her eyes were opened to what she had done, she was tortured by guilt that only God’s infinite mercy could assuage.

Dodd’s testimony — that infiltration of Catholic seminaries went back for many decades — sheds some light on the abominable priestly scandal that has plagued the Church in recent years. Horrified by what she had done so successfully, Bella Dodd told Archbishop Sheen that she wanted to enter the most severe penitential order in the Church to try, in some modest way, to pay her crushing debt.

What we are witnessing today in the Church may very well be the horrifying harvest of this infiltration. Obviously “the agents” have made it their mission to admit more men devoid of morals and Christian faith into the seminaries for decades. Keep in mind that many cases of abuse took place already back in the 1960s. It seems that the abuse never was (and remains) a mere matter of priests giving in to temptation, but a comprehensive and pervasive attack on Christian morality and faith by a cunning and profoundly evil enemy.