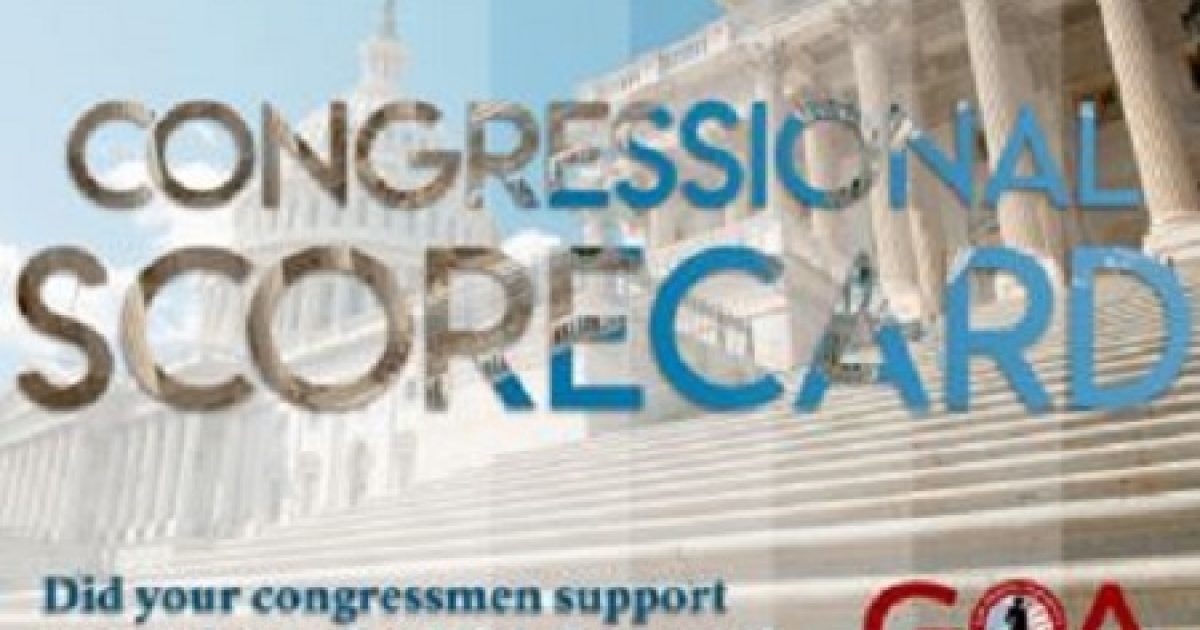 GOA has provided a scorecard so that you can see how your representatives adhere to the Constitution that they swore to uphold and defend your rights, not infringe on them.

With just weeks to go till the 2018 midterm elections, there are lots of seats up for grabs.  With that in mind, one of the most important areas our representatives need to be strong in is on your right to keep and bear arms, protected in the Second Amendment.  Gun Owners of Americahas put out their scorecard and for some, it will be eye-opening.

The anti-gun Left is hopping-mad, now that Judge Brett Kavanaugh has been confirmed to the Supreme Court.

They are motivated to get to the polls this November.

So it is crucial that you and your pro-gun friends get to the polls.

And that’s why GOA is putting the 2018 Congressional Voter Scorecard into your hands.

There is a lot that’s riding on the line.

If the Democrats take over the Congress, Nancy Pelosi has already said that passing gun control is one of her top priorities.

But we have an ace up our proverbial sleeve.

According to a recent study, the gun issue is an incredibly powerful, motivating issue in politics.

The study reported that gun owners are more likely to show up to vote than those who support gun control.

This is encouraging news.

Having said that, gun owners can’t make informed choices if they don’t know who the pro-gun candidates are.

So to that end, Gun Owners of America has released the recent voting records of your congressman and senators.

GOA has provided a scorecard so that you can see how your representatives adhere to the Constitution that they swore to uphold and defend your rights, not infringe on them.

Candidates who have established a voting record, either in the office for which they are running or in another elected office, are evaluated primarily based on that voting record. However, sponsorship of pro or antigun legislation and other such factors can affect their grade.

If an incumbent or challenger has not established a voting record or demonstrated his or her position in some other way, that candidate is evaluated on his or her responses to the GOA 2018 Federal Candidate Questionnaire or public statements.

Every candidate, whether an incumbent or challenger, begins with an “A” and is then downgraded for each antigun position or vote.

GOA has also broken down how our representatives have voted in the House and Senate on key issues.