The Department of Justice admitted in a Friday court filing that the FBI used more than one “Confidential Human Source,” (also known as informants, or spies) to infiltrate the Trump campaign through former adviser Carter Page, reports the Daily Caller.

“The FBI has protected information that would identify the identities of other confidential sources who provided information or intelligence to the FBI” as well as “information provided by those sources,” wrote David M. Hardy, the head of the FBI’s Record/Information Dissemination Section (RIDS), in court papers submitted Friday.

Hardy and Department of Justice (DOJ) attorneys submitted the filings in response to a Freedom of Information Act (FOIA) lawsuit for the FBI’s four applications for Foreign Intelligence Surveillance Act (FISA) warrants against Page. The DOJ released heavily redacted copies of the four FISA warrant applications on June 20, but USA Today reporter Brad Heath has sued for full copies of the documents. –Daily Caller

Included in Hardy’s declaration is an acknowledgement that the FBI’s spies were in addition to the UK’s Christopher Steele – a former MI6 operative who assembled the controversial and largely unproven “Steel Dossier” which the DOJ/FBI used to obtain a FISA warrant to spy on Page.

Government lawyers said the payment information is being withheld because disclosing specific payment amounts and dates could “suggest the relative volume of information provided by a particular CHS.” That disclosure could potentially tip the source’s targets off and allow them to “take countermeasures, destroy or fabricate evidence, or otherwise act in a way to thwart the FBI’s activities.” –Daily Caller

Steele, referred to as Source #1, met with several DOJ / FBI officials during the 2016 campaign, including husband and wife team Bruce and Nellie Ohr. Bruce was the #4 official at the DOJ, while his CIA-linked wife Nellie was hired by Fusion GPS – who also employed Steele, in the anti-Trump opposition research / counterintelligence effort funded by Trump’s opponents, Hillary Clinton and the DNC.

In addition to Steele, the FBI also employed 73-year-old University of Cambridge professor Stefan Halper, a US citizen, political veteran and longtime US Intelligence asset enlisted by the FBI to befriend and spy on three members of the Trump campaign during the 2016 US election. Halper received over $1 million in contracts from the Pentagon during the Obama years, however nearly half of that coincided with the 2016 US election.

Halper’s name first came to light after the Daily Caller‘s Chuck Ross reported his involvement with Carter Page and George Papadopoulos, another Trump campaign aide. Ross’s reporting was confirmed by the NYT and WaPo. 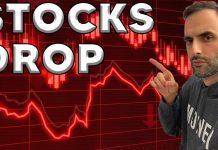