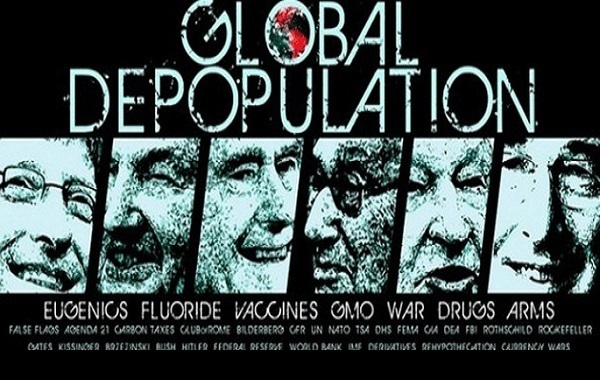 People laughed years ago when former Minnesota governor Jesse Ventura hosted Dr. Robert Duncan on his ‘Conspiracy Theory’ TV show and Dr. Duncan discussed what he called the ‘Voice Of God’ weapon, technology he helped to develop. Allegedly used during the Iraq war via supposedly beaming Allah’s voices into the heads of Iraqi soldiers, telling them to ‘drop their weapons’, Dr. Duncan tells us they reportedly followed ‘Allah’s’ commands, not knowing they were coming from the United States military.

While we’ve discussed voice to skull technology (V2K) in numerous stories on ANP, with at least one reader sure to tell us to ‘put your tinfoil hats‘ on, this new story over at the Daily Mail reports that the US Marines have revealed their plans for a plasma crowd control weapon that can “SHOUT” at people from 3,000 feet away, then be turned up to temporarily blind them, or even turned up full blast to quite literally melt people’s skin off of them, causing nearly instant death.

With that story giving us even more proof of Steve Quayle’s warnings that the technologies we’re officially being shown now are at least 10 years, and sometimes 20 or more years, behind the technologies that have been already developed, can anyone now say that V2K tech is a ‘conspiracy theory‘ when we’ve now got mainstream news outlets such as Discover and Newsweek announcing it? Well if we look hard enough we find we were told long ago.

And as we hear from Dr. Dunca in the first two videos at the bottom of this story, he himself is a DARPA insider who developed this technology and as he eerily tells Jesse Ventura in that first video below from years ago when asked the first question, “What is bad about this technology?” Dr. Duncan answers: “I’ve empowered the dark side with some of my work“. Much more below but first, from the Daily Mail story:

The US Marines are developing a new laser weapon that can transmit voice messages at long range, or be turned up to deafen, dazzle or even kill. The Scalable Compact Ultra-short Pulse Laser System (SCUPLS) will be mounted on a truck or tank. It will initially be used as a non-lethal weapon for crowd control, according to US Government documents.

It will also be able to send a ‘Flash blind effects (6-8 million candela)’ momentarily blinding people at minimum distance of 100 meters.

This would painfully vaporise the outer layer of skin – rather than burning it will be turned into gas.

Using the different effect would allow operators to control crowds or enemies, first warning them before using the higher settings.

The documentation for the project says it will ‘have direct application to many other U.S. Government agencies as well as civilian law enforcement.

While the mainstream media and the establishment political apparatus are happy to call ‘targeted individuals‘ a tinfoil hat conspiracy theory, Defense One reported back in March  that “the Pentagon’s non-lethal weapons lab hopes to have a direct energy weapon that can produce an effect like a haunted walkie-talkie or the biblical burning bush.”

And while this story over at Gizmodo reported that researches have said the’re still 3 or 4 more kilohertz away from mimicking discernable human speech, we know that they’re far ahead of what they’re telling us. From Gizmodo:

Imagine a ball of light with the voice of the world’s most violent dial-up connection. The US military’s Joint Non-Lethal Weapons Program, or JNLWD, is experimenting with a prototype that uses nano lasers to manipulate air and sound, creating noises that, they hope, will eventually mimic human speech.

And from the Defense One story we learn that this new weapon can go straight through some people in its path to ‘strike’ the desired target, leaving those standing in between the weapon and the target unaffected.

The weapon’s most interesting aspect may be the way it creates noise: at a specific and distant point in space, rather than blasting it out of a nearby speaker. That means that soldiers between the weapon and the target are unaffected.

How far away can that point be? “Range is a function of the optics. The bigger the mirrors, the farther the range,” Law said. A five-inch mirror creates the effect about one kilometer away; an 8-inch mirror, about five kilometers, he said. “They’ve created plasmas at 20 or 30 kilometers,” he said. “This is the first non-lethal weapon that could go out tens of kilometers.”

The Kerr effect, a term that refers to minute changes in the refractive index as a result of electromagnetic field changes, makes it actually easier to create the effect at a distance.

While in the first video below with Jesse Ventura we hear a very brief snippet of Dr. Duncan discussing this ‘Voice of God’ technology that apparently is much further along in development than we’re being told, the 2nd video below is a must-watch as we hear Dr. Duncan for nearly a full hour as he discusses his role in the development of ‘voice of God’ technology and warns us that scientists may be on the verge of a ‘cataclysmic discovery’.  (Hattip to ANP commenter disqus_1E1uczGX5Y for posting that video in our comment section!)