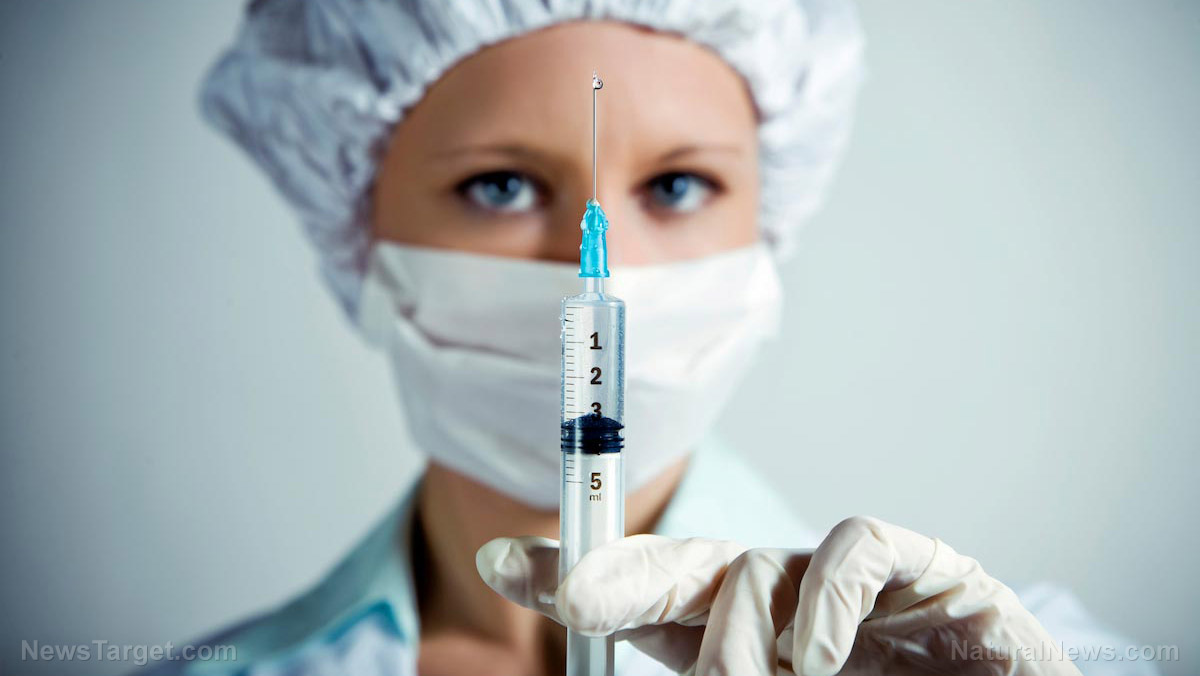 The vaccine industry might just be worse than anyone could have ever imagined. As these improperly tested inoculations are being rushed to market, consumer are unwittingly being turned into Big Pharma’s guinea pigs.

As sources note, things get especially interesting at the 47:23 mark.

A health official responded, “We have no data to make a recommendation one way or the other.”

Another CDC figurehead chimes in, “To sort of put this in context of other vaccines, while preclinical studies were not done using these vaccines simultaneously, our general approach to immunizations is that they should be given, they can be given at the same time in different limbs.”

In other words, the CDC does not know how one vaccine may or may not interact with another. Given that current vaccine schedules are pretty rigorous, with one shot given after another, it would seem prudent for health officials and manufacturers to have somesemblance of understanding when it comes to the health effects of not just one, but multiple vaccines, that are being introduced simultaneously, or even within a short period of time.

More to the point, the second CDC speaker seems to try to insinuate that because the CDC has said other vaccines can allegedly be given simultaneously, safety on this matter should be assumed across the board.

Another ACIP meeting attendee, identified in the video as Dr. Hunter, asks, “Are adjuvanted, multiple adjuvanted, vaccines used in Europe or other markets?”

A member of the panel, identified as Dr.Ward, responds, “Not to my knowledge.”

CDC has hidden the truth about vaccines

When it comes to vaccines, the CDC has a history of bending reality to suit their needs. Recall Dr. William Thompson, a former Senior Scientist with the CDC, who blew the whistle on the agency’s scientific fraud regarding the MMR vaccine. Dr. Thompson came forward a few years ago, and penned a shocking confession which included the following statement: