On Saturday, Democratic Socialist starlet Alexandria Ocasio-Cortez called for the abolition of the Electoral College. On Thursday, she revealed her plan to undermine the U.S. Supreme Court. It’s not very original…

At a screening for Michael Moore’s new film “Fahrenheit 11/9,” a member of the audience asked Ocasio-Cortez what she would do if the Supreme Court confirmed all of Democrats’ fears.

“If, in a few months from now, the Supreme Court looks like … a court that would overturn Roe [v. Wade] and make the president above the rule of law, what is to be done?” the audience member asked. This question echoed one real concern (overturning Roe, which would allow states to outlaw abortion) and one false concern (taken from twisting Judge Brett Kavanaugh’s record on presidential immunity).

Ocasio-Cortez, never one to defend American institutions at the risk of her activist ambitions, took a page from President Franklin Delano Roosevelt’s book.

He presented the Judicial Procedures Reform Bill of 1937, a bill to add more justices to the Supreme Court. Three weeks after FDR went public with this plan, the Supreme Court reversed course, bowing to the Democrats and the New Deal. This judicial sea-change went down in history as “the switch in time that saved nine.” While some historians have disputed this connection, the Court did indeed reverse course on the New Deal after FDR’s threat.

This is not the first time Ocasio-Cortez has aimed her wrath at an American institution that stood in the way of her activism. As previously mentioned, the socialist tweeted, “It is well past time we eliminate the Electoral College, a shadow of slavery’s power on America today that undermines our nation as a democratic republic.”

It is well past time we eliminate the Electoral College, a shadow of slavery’s power on America today that undermines our nation as a democratic republic. https://t.co/00HZN3MI6F 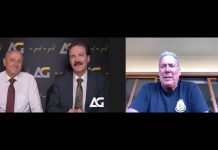