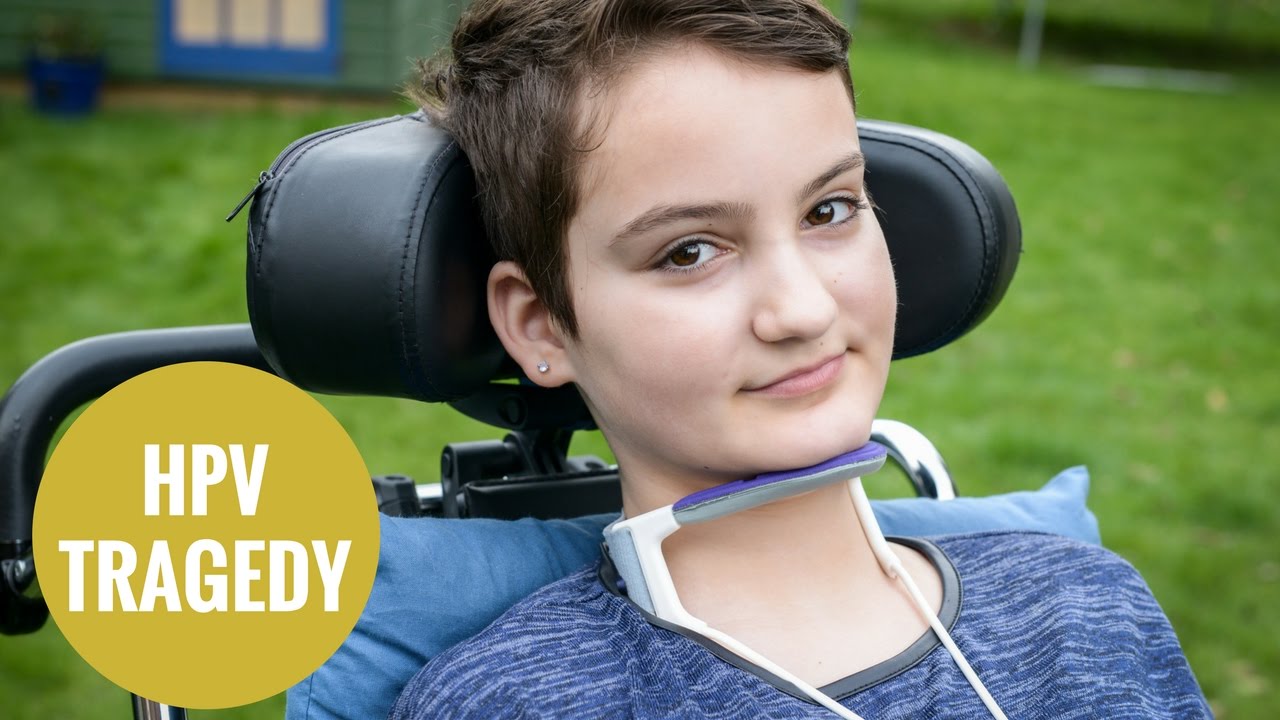 Instead of helping this vaccine-injured child, British health authorities want to lock her away in a mental hospital — probably so no one will hear or believe her family’s tragic story.

According to Mia’s family, she has lost all ability to use her limbs, suffers from incontinence and struggles to keep regular food down. She went from being a normal, healthy 12-year-old child who dreamed of being a pop star, to being bed-ridden and unable to move. Mia is paralyzed from the neck down, but is still able to speak and sing.

Mia’s family says that she was taken to the hospital the day after she received her first Gardasil vaccine. Her mom, Gini Blesky, says that the morning after, she could not walk; her legs were shaky and couldn’t bare any weight, with a burning sensation on both sides of her spine. Doctors sent her home, saying she just needed some acetaminophen and a bath.

But as the symptoms of paralysis worsened, Mia was taken back to the emergency room. Mia was admitted to the hospital for a few days but was ultimately released.

Within ten days, Gini says, Mia had completely lost the use of her legs. Within a few more weeks, she lost the use of both arms. And the mainstream medical community is refusing to actually help her.

“When Mia was admitted to hospital, the doctors said it was a form of self-harm and she was doing it to herself,” Gini told Daily Mail.

‘They discharged her after a few days. They gave her no treatment. We had to buy her a wheelchair. I had to carry her to the car,” she added.

‘It has been absolutely awful, but the doctors say it’s psychological and down to bullying or sexuality issues, which is rubbish. The only thing they have offered to do is section her,” Gini said.

Mia’s mom states that health authorities have offered no other form of care for her daughter, and have refused to acknowledge her concerns about the Gardasil vaccine — even though countless other girls have experienced similar symptoms post-vaccination.

How many children have to be harmed?

As Daily Mail reports, Mia is not the only girl the be harmed by the HPV vaccine. As of February 2017, European Medicines Agency statistics show that 11,867 reactions to Gardasil were recorded. The U.K. Association for Vaccine Injured Daughters represents more than 400 families of girls injured by vaccines — and the group has persistently called for more research on the safety of Gardasil and other HPV vaccines.