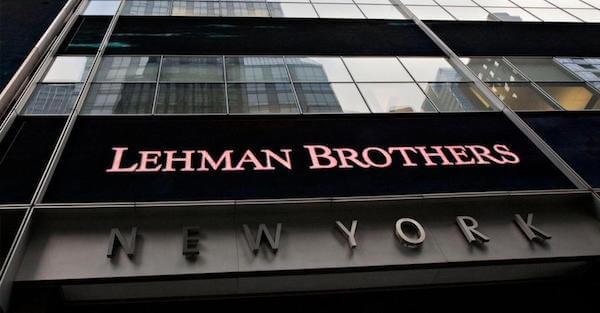 “Holy Crap– turn on your TV! This is crazy!”

My friend Jeff called me and told me to turn on the television—where I saw dozens of people on the streets of Manhattan filing out of a skyscraper carrying boxes full of their office junk.

They were all employees of Lehman Brothers, one of the largest investment banks in the world.

The next day the US stock market tanked. And for most of the next several weeks, all global financial markets were a roller coaster of surreal panic and chaos.

I don’t know if you can remember the general mood back then. I can. It was fear.

People were terrified of what was happening in the economy. The real estate market had dried up. The stock market had crashed. Some of the most hallowed financial institutions in the world went bust in the blink of an eye.

It’s now officially been a decade since the collapse.

And the typical sentiment among economists, politicians, and central bankers is that the economy has come roaring back.

There’s certainly a lot of evidence to support this assertion—

Earlier this week the US Census Bureau announced that median household income in the Land of the Free had increased by 1.8% between 2016 and 2017.

(That’s hardly a life-changing pay raise for workers… but it’s better than nothing.)

Governments around the world, from the US to Western Europe, are seeing strong tax revenue.

And the global economy is certainly growing.

In the US, for example, GDP has increased from $14.8 trillion just prior to Lehman’s collapse ten years ago, to $20.4 trillion today, an increase of 38%.

These are all good signs. And if that’s all you look at, it certainly seems like everything’s all good.

But remember that great F. Scott Fitzgerald quote: “The test of a first-rate intelligence is the ability to hold two opposed ideas in the mind at the same time and still retain the ability to function.”

So let’s look at the other side of things.

Sure, financial markets have increased. Wages have (barely) increased. Economic output has increased.

Look at the Land of the Free as a classic example: US GDP is up 38% over the past decade. Great.

But over the same period, the US national debt has increased 122%!

In other words, in the last ten years, the US national debt increased by more than $3 for every $1 increase in GDP. It’s brilliant!

And it’s not just Uncle Sam. Overall government debt across the world has TRIPLED since Lehman’s collapse to $63 trillion…

… and that doesn’t count their unfunded liabilities (like pension obligations, or the $40+ trillion that the US government owes its taxpayers for future Social Security benefits).

Individuals are also loaded up with debt. Student debt. Consumer debt. Auto debt. They’re all at record levels. So is corporate debt.

And a lot of that new debt, by the way, is total garbage.

As we’ve discussed before, there are insolvent, money-losing companies that have NO hope of paying back their debts that are able to borrow money at super-low interest rates.

So what else has increased a LOT in the past 10 years?

Money. Literally, the amount of money in the financial system is near an all-time high.