The Deep State continues its agenda to take out the sitting President of the United States. The corrupt leadership of the FBI, DOJ, State Department, and even the CIA pushes forward in the machinations that have embroiled the country in divisive politics for the past two years. The American people have let this go on for far too long, starting with an inept Attorney General Sessions.

One of those members of the Deep State cabal is Rod Rosenstein. When approved as Deputy Attorney General by a wide margin, there was a lack of vetting that has created the damaging position we find ourselves in now. From the IRS to the investigation (or lack thereof), Rosenstein has had a hand in all of it.

James Comey took over the Clinton Foundation investigation. At the same time, Lois Lerner was “transferred” to the IRS Tax Exemption Branch of the IRS. At that time Rod Rosenstein was head of the tax division from 2005 to 2011.

The sale of 20% of US uranium to Russia has some interesting aspects that have never been investigated. Bill Clinton not only got 500 thousand for a speech about nothing but also met with Vladimir Putin. And who directed the investigation and review of the sale for the U.S. Attorney’s Office in Maryland? That’s right, Rod Rosenstein.

Lisa H. Barsoomian is married to Rosenstein, and perhaps an integral part of disseminating information to others within the conspiracy to take down President Trump. Close friends with both Comey and Mueller, Barsoomian has worked as an attorney and had defended Bill Clinton in 1998 and almost forty other times, she has also defended James Comey numerous times, Mueller three times, and even Obama over forty times. Barsoomian is known to be highly partisan flak even stopped Freedom of Information releases for the public to understand the corruption that those in high government positions have plagued this country with for two years.

The files about the FISA Renewals released by the FBI on July 21, 2018, need to be declassified. Heavily redacted warrant applications about the surveillance of Carter Page are being kept from the American people, not because of security considerations but because of the corruption, it may expose. The final renewal contains the following:

This approval is based on an unverified, uncorroborated dossier and substantiated by newspaper and magazine articles written by proven leaks from the government was signed by none other than Rod Rosenstein.

Rosenstein told the FISA judge that the information received from Christopher Steele, a foreign agent of the Clinton campaign and a man who has admitted that he would do anything to keep candidate Trump from becoming President had been verified in contradiction to what Christopher Steele admitted to was false information. Mainstream media, in line with the progressive agenda, played the dossier of unverified, lying information to assist the Deep State in the attempt to take down President Trump.

It has now been shown that the FBI and DOJ knew in May of 2017 that Steele did not even believe in his dossier and yet Rosenstein never informed the FISA court of the interrogatories that Steel made in England. 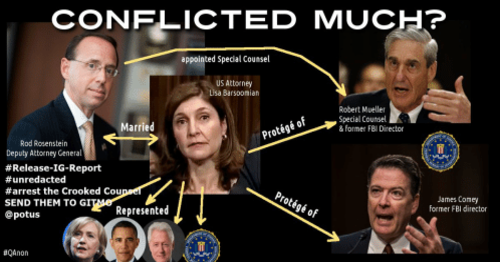 Paul Manafort, through the machinations of the Special Counsel, has been convicted to financial and tax affairs that were cleared eight years ago. The lawyer, in that case, was a young Rod Rosenstein. Of course, this has never been reported by the mainstream media. Was the case of eight years ago so badly bungled that they couldn’t prove the allegations, or is this just a payback for Manafort helping Trump?

Mueller has intervened by not including any tax charges allowing Rosenstein to slip out of testifying, and admitting to the judge that Manafort was indeed, innocent.

Carter Page has requested to see the FISA warrant which led to the surveillance that he has endured for these past two years. Rosenstein has denied that request. It was Rosenstein who appointed Mueller as Special Counsel, and who allowed Mueller to stack his investigation with Clinton sycophants. He has also allowed the investigation to move out of the bounds that were meant to limit the scope to the Trump-Russian collusion to move into areas that the Deep State is hoping with damage President Trump into resigning or being impeached. After two years they have found nothing, and impeachment is a pipe dream.

Mueller and Rosenstein were both instrumental in the Uranium One sale and investigation. Rosenstein was the supervisor of the investigation and Mueller, while FBI director was the one who delivered the sample to the Russian authorities. Rosenstein continues to protect Hillary Clinton and the Clinton Foundation. 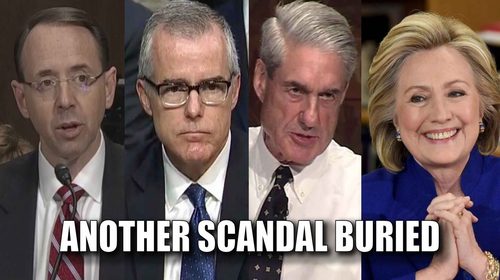 Rosenstein is a primary part of helping the Special Counsel protecting Hillary Clinton and in the implementation of a slow and silent coup against the duly elected President. Through slow waling document requests from the oversight committees in charge has allowed the Mueller investigation to lie and leak from the beginning.

It was Lavernity Beria, Staling Secret police chief who stated: “Show me the man and I’ll show you the crime.” The question remains, what was the crime? When Rosenstein appointed Mueller on May 17, 2017, there was mention of any crime nor any reason to appoint a Special Counsel. There was no federal crime committed, and there was no conflict of interest and no factual basis from the appointment. If the regulations had been followed, there would not be the fishing expedition that the American people are enduring today. And the low information people in this country would understand that this is, in the words of President Trump. a “witch hunt.”

In two years, the Special counsel has no concrete evidence that President Trump committed any crime, and are now demanding President Trump sit down and talk to attempt to spring a perjury trap that the progressive socialists can then use to proceed with impeachment. The regulations overseeing the Special Counsel and what it can do have been flaunted with Rosenstein claiming that the investigation must take precedence over the President’s capacity to do the job the American people elected him to do.