Stock-market bubbles don’t end well for those who don’t get out in time.

US tariffs and threats of more tariffs have not been particularly well received in China, which is already being rattled by corporate credit problems, quakes in the shadow banking system, a peculiar Enron-type phenomenon at provincial and municipal governments called “hidden debt,” and the implosion of nearly 5,000 P2P lenders that have sprung up since 2015. And so today, the Shanghai Composite Index dropped 1.1% to 2,651.79.

This is a big milestone:

This chart of the Shanghai Stock Exchange Composite Index shows the last bubble in Chinese stocks. Note the rise from the last low in January 2016. This rise has been endlessly touted in the US as the next big opportunity to lure US investors into the Chinese market, only to get crushed again: 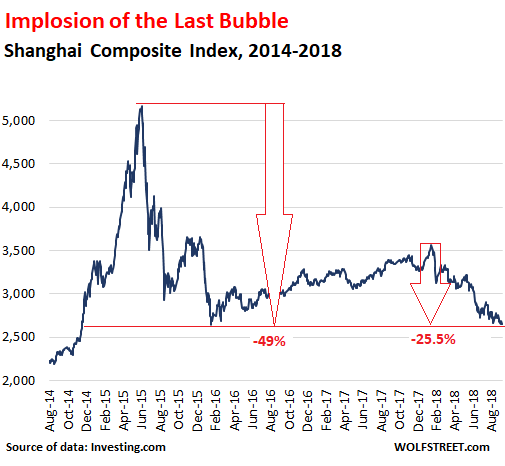 But what makes Chinese stocks interesting is not the collapse of one bubble and then the collapse of the subsequent recovery, but the longer view that is now taking on Japanese proportions.

The chart below shows the double-bubble and the double-collapse, interspersed with collapsed recoveries and failed excitement: 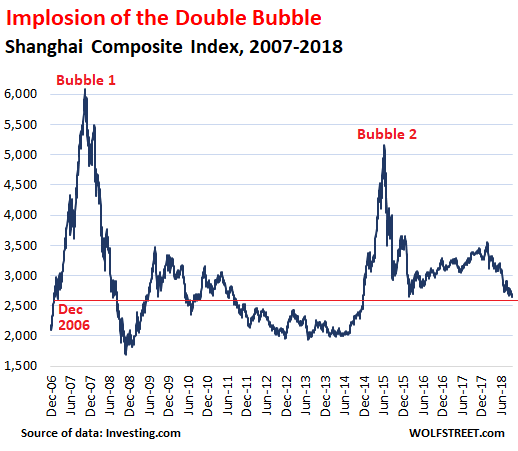 It is not often that a major stock market goes through two majestic bubbles and then revisits levels first seen 12 years earlier – despite inflation in the currency in which these stocks are denominated.

This whole procedure is somewhat reminiscent of the procedure Japanese stocks went through. The Nikkei 225 Index hit an all-time high on December 29, 1989, of 38,957 intraday, after having surged six-fold over the decade. This was part of a general asset-price bubble, including real estate, at a time when the idea was touted in the US that Japanese companies and banks, with their special and superior way of being run, would take over, or at least buy, the world.

The Nikkei eventually plunged to 7,054 by March 2009. Today, it closed at 23,094, down 40% from its peak nearly 30 years ago. Who knows where it would be if the Bank of Japan hadn’t stepped in to become the largest buyer of Japanese equities and the largest stock-market manipulator, as official part of its QQE program.

Bubbles are great fun on the way up. But when they implode, which they always do, they have a way of doing long-term damage. 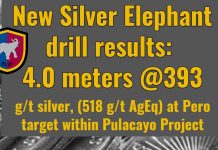