If the American people understood the grip the Israeli’s have on our government they would rise up in arms. Our citizens certainly don’t have any idea what goes on.” 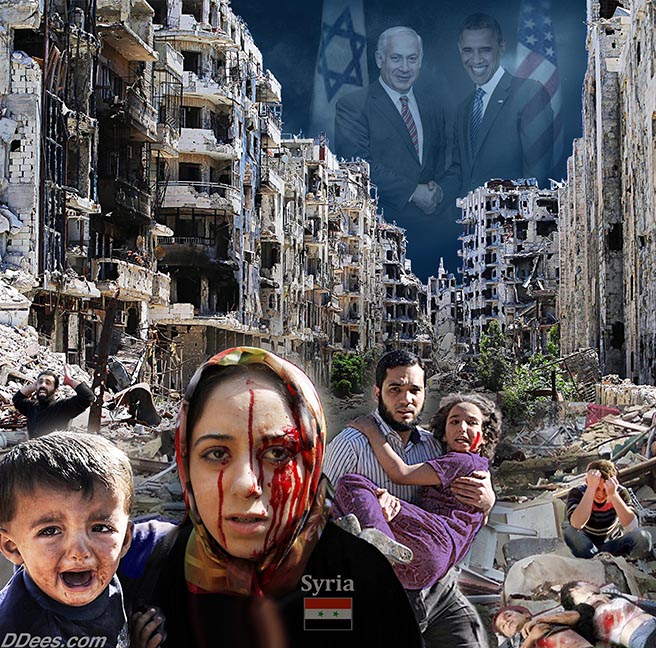 The ugly truth that many Americans are getting wise to is that none of these wars have anything to do with American freedom and democracy, and instead they have a lot to do with Israel’s control over our President, the Congress, the Senate, the Pentagon, and the State Department.

Last year I wrote in “Syrian War Lies and The Greater Israel Project” that this war was about regime change for the benefit of Israel, period.

The US, Israel, and other Western countries sold out to Israel, like Germany, England, France along with Trump’s new pal’s, the head choppers in Saudi Arabia have all been arming, funding and protecting the terrorists in Syria for years. The despicable John “Traitor” McCain spent his final years in the Senate arming and funding terrorists.

WikiLeaks published a leaked e-mail to Hillary Clinton from Israeli Intelligence saying that the “fall of the Assad regime would result in a regional sectarian war between the Sunnis and the Shia, drawing in Iran, which, in the view of Israeli commanders would not be a bad thing for Israel and its Western allies.”

Virginia Senator Dick Black is on record accusing Hillary Clinton of ordering the murder of Ambassador Christopher Stevens in Benghazi, to cover up her illegal transfer of arms and terrorists to Syria through Turkey.

*The US and Israel wanted a regional war to break out in Syria. Let that sink in.

The Jerusalem Post recently reported that Israel has been arming and funding 12 terrorist groups in Syria for years. Is this how Israel spends the billions of dollars that we send them each year?  Do you wonder why FOX News or the other networks didn’t report this news?

Trump said not long ago that he was pulling troops out of Syria but he has apparently changed his mind. The US Navy is currently conducting maneuvers in the region and the reason now given for staying in Syria was addressed by Naval Commander Scott Stearney who stated that they are concerned that “Iran’s activities in the region are promoting instability.” Really?

The US has been arming terrorists in Syria, Libya, and Iraq for years and is arming and sponsoring the Saudi slaughter that continues against the people of Yemen. The Turks, NATO members, have been active in Idlib for some time and have colluded with several terrorist groups including ISIS in Syria for years.

Israel bombs targets in Syria with impunity, claiming 200 bombing missions in Syria this year alone. They claim to be bombing Iranian targets, in much the same way that they blame Hamas every time they shoot another unarmed Palestinian.

The Trump administration, however, is concerned about Iran destabilizing the region? You really have to leave your brain at the door to follow this insane Neo-Con logic.