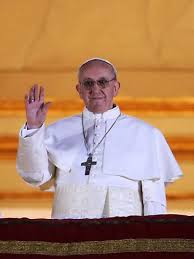 From the inception of his Vatican mandate in March 2013 until the recent sex scandal revelations in early 2018, Pope Francis has been portrayed by the Western media and the international community as a left leaning champion of “Liberation Theology” committed to World peace and global poverty alleviation.

Pope Francis is now accused of coverup, corruption and camouflage.

The former Apostolic Nuncio to the U.S. Archbishop Carlo Maria Viganò  has intimated in an eleven page Testimony that Pope Francis  was involved (from the outset of his papacy in March 2013) in the coverup of sex abuse allegations against former Cardinal Theodore McCarrick. Vigano says that Pope Francis should step down from the papacy.

In his  Testimony, Archbishop Vigano describes the prevailing situation within the Church. He acknowledged that

“Bishops and priests, abusing their authority, have committed horrendous crimes to the detriment of their faithful, minors, innocent victims, and young men eager to offer their lives to the Church, or by their silence have not prevented that such crimes continue to be perpetrated. … We must have the courage to tear down the culture of secrecy and publicly confess the truths we have kept hidden.”

Archbishop Vigano’s statements (which remain to be fully corroborated) directed against Pope Francis pertain to a pattern of alleged abuse committed within the Catholic Church to which Pope Francis had casually “turned a blind eye”.

But there is “More than Meets the Eye”. Who Was Jorge Mario Bergoglio before he became Pope?

Prior to his election by the papal conclave, the role of Jorge Maria Bergoglio in Argentina’s “Dirty War” was known and documented.  It was known to the US State Department. It must have been known to one or more of the 115 “Cardinal Electors” of the Papal Conclave which convened at the Sistine Chapel on March 12, 2013. Needless to say, the international community turned a blind eye.

Jorge Mario Bergoglio not only supported the military dictatorship, he also played a direct and complicit role in the “Dirty War” (la guerra sucia”) in liaison with the military Junta headed by General Jorge Videla, leading to the arrest, imprisonment, torture and disappearance of progressive Catholic priests and laymen who were opposed to Argentina’s military rule.

“While the two priests Francisco Jalics y Orlando Yorio, kidnapped by the death squads in May 1976 were released five months later. after having been tortured, six other people associated within their parish kidnapped as part of the same operation were “disappeared” (desaparecidos).”

In a bitter irony, the two priests sent to the torture chamber were committed to the Theology of Liberation against which Bergoglio at the time was firmly opposed.

Lest we forget, shortly after his investiture in March 2013,  Pope Francis was described by the media of having 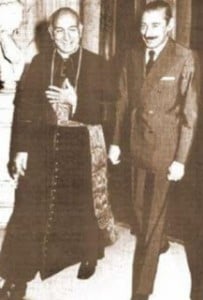 brought “Liberation Theology into the Vatican”, in the footsteps of Francis of Assisi.

This is a nonsensical statement: In 1976, Bergoglio’s intent (in liaison with the military junta) was to crush Liberation Theology.

In 2005, human rights lawyer Myriam Bregman filed a criminal suit against Cardinal Jorge Bergoglio, accusing him of conspiring with the military junta in the 1976 kidnapping of two Jesuit priests.

Several years later, the survivors of the “Dirty War” openly accused Cardinal Jorge Bergoglio of complicity in the kidnapping of  priests Francisco Jalics y Orlando Yorio as well six members of their parish (who were disappeared),  (El Mundo, 8 November 2010)

All this was known prior to his investiture. Why was it not revealed to the broader public? Catholics around the World are totally unaware of  “Who Was Pope Francis I”, Jorge Mario Bergoglio.

The following article was first written in March 2013  following the election of Cardinal Jorge Mario Bergoglio as Pope Francis I by the Vatican conclave.

Who is Jorge Mario Bergoglio?

In 1973, he had been appointed “Provincial” of Argentina for the Society of Jesus.

In this capacity, Bergoglio was the highest ranking Jesuit in Argentina during the military dictatorship led by General Jorge Videla (1976-1983).

He later became bishop and archbishop of Buenos Aires. Pope John Paul II elevated him to the title of cardinal in 2001

When the military junta relinquished power in 1983, the duly elected president Raúl Alfonsín set up a Truth Commission pertaining to the crimes underlying the “Dirty War” (La Guerra Sucia).

The military junta had been supported covertly by Washington.

US. Secretary of State Henry Kissinger played a behind the scenes role in the 1976 military coup.

Kissinger’s top deputy on Latin America, William Rogers, told him two days after the coup that “we’ve got to expect a fair amount of repression, probably a good deal of blood, in Argentina before too long.” … (National Security Archive, March 23, 2006)

Ironically, a major trial opened up in Buenos Aires on March 5, 2013 a week prior to Cardinal Bergoglio’s investiture as Pontiff. The ongoing trial in Buenos Aires is: “to consider the totality of crimes carried out under Operation Condor, a coordinated campaign by various US-backed Latin American dictatorships in the 1970s and 1980s to hunt down, torture and murder tens of thousands of opponents of those regimes.” 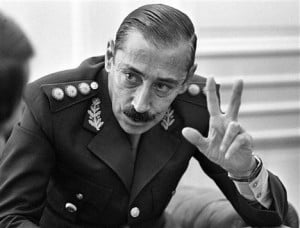 The military junta led by General Jorge Videla (left) was responsible for countless assassinations, including priests and nuns who opposed military rule following the CIA sponsored March 24, 1976 coup which overthrew the government of Isabel Peron:

“Videla was among the generals convicted of human rights crimes, including “disappearances”, torture, murders and kidnappings. In 1985, Videla was sentenced to life imprisonment at the military prison of Magdalena.”

One of the key appointments of the military junta (on the instructions of Wall Street) was the Minister of Economy, Jose Alfredo Martinez de Hoz, a member of Argentina’s business establishment and a close friend of David Rockefeller.

The neoliberal macro-economic policy package adopted under Martinez de Hoz was a “carbon copy” of that imposed in October 1973 in Chile by the Pinochet dictatorship under advice from the  “Chicago Boys”, following the September 11, 1973 coup d’Etat and the assassination of president Salvador Allende. 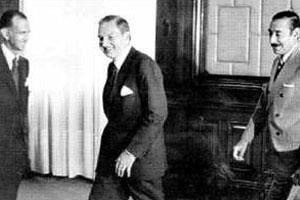 Under the helm of Minister of Economy Jose Alfredo Martinez de Hoz, central bank monetary policy was largely determined by Wall Street and the IMF. The currency market was manipulated. The Peso was deliberately overvalued leading to an insurmountable external debt. The entire national economy was precipitated into bankruptcy.