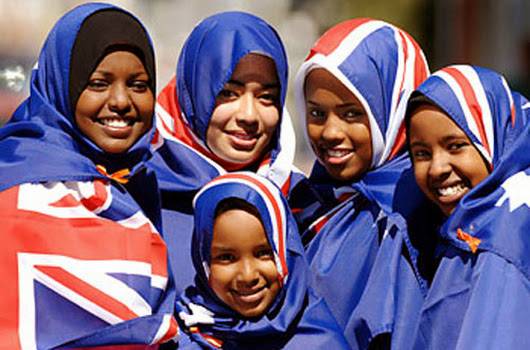 In addition to Robinson, the film interviews other anti-immigration activists, and a handful of Muslims, who present the other side of the argument.

Very high quality work. You won’t find this on the BBC.

“A quiet Sunday afternoon in Telford, UK is interrupted by rally cries of the anti-Islamist movement activists. Tracksuited guys with tattoos of Saint George, the patron saint of England, start a crusade against Muslims. They don’t hesitate to use strong words in their resistance to those, who, in their opinion, is trying to turn their country into the British caliphate.

Luton is one of those cities where Britons have already become an ethnic minority. The British media calls the town the center of radical Islam. It’s the birthplace of the al-Muhajireen group which has been called extremist. Several years ago, it was reported that a family of 12 left the town to join the ranks of the ISIS terrorists. And finally, Khalid Masood, who in 2017 carried out an attack on the Westminster bridge, had also lived here for many years.

Tommy Robinson is the founder of the English Defence League, a far-right anti-Islam group.

Tommy Robinson: “Here we have our local Islamabad. We’re not going to come any closer. I’ve been here once before and I was punched right through the window.

-You hate Asians! Get out of the car! Where are you going?

-Because I know there’ll be a hundred of you here in a minute.”

Tommy Robinson: “In this small Muslim area, there are 35 mosques. If I get out of the car, there will definitely be a mosque within a stone’s throw. The Pakistani and the Bangladeshi population of this town will grow 70-77% by 2030. It’s not normal when there are mosques and Islam everywhere when there are constant arrests of terrorists, people who want to blow us up. Do you think the current level of terrorism is normal? No, we shouldn’t have to live like that.”

Mr. Robinson doesn’t let his phone out of his hands. It is both his weapon—thousands of followers watch his live streams in the social media— and his defense against attacks.

Tommy Robinson, Founder of English Defence League: “I’m on a live stream because if someone attacks me while we are walking, I don’t want them to twist my words later. Because that’s the first thing they are going to attempt. They are going to say, “He made some racist comments and that’s why I hit him.” Being a racist is now a bigger crime than a rape. They play that card every time.”

Tommy Robinson is convinced that England is trapped in tolerance, and the spread of radical Islam through the country is a direct consequence of the failed multiculturalism policy.

-What are your personal motives behind this anti-Islam activity?

-The more Islam, the less freedom. That’s what’s happening in the UK right now. You’ve seen this Muslim district. It’s a colonized Islamist territory. It’ll never be British again. Never. The intelligence service calls this place the center of all terrorist activity in Europe. The illegal terrorist group al-Muhajireen. 60% of Muslims behind bars for terrorism. Former members of the group. Their office was a 3-minute walk from here. Every day, the members would go on the street and start recruiting. They barely do it now. The pressure on them is too strong. Not only from us, but also from the government and the police. But every time another terror attack takes place somewhere, in 90% of the cases it goes back to Luton.