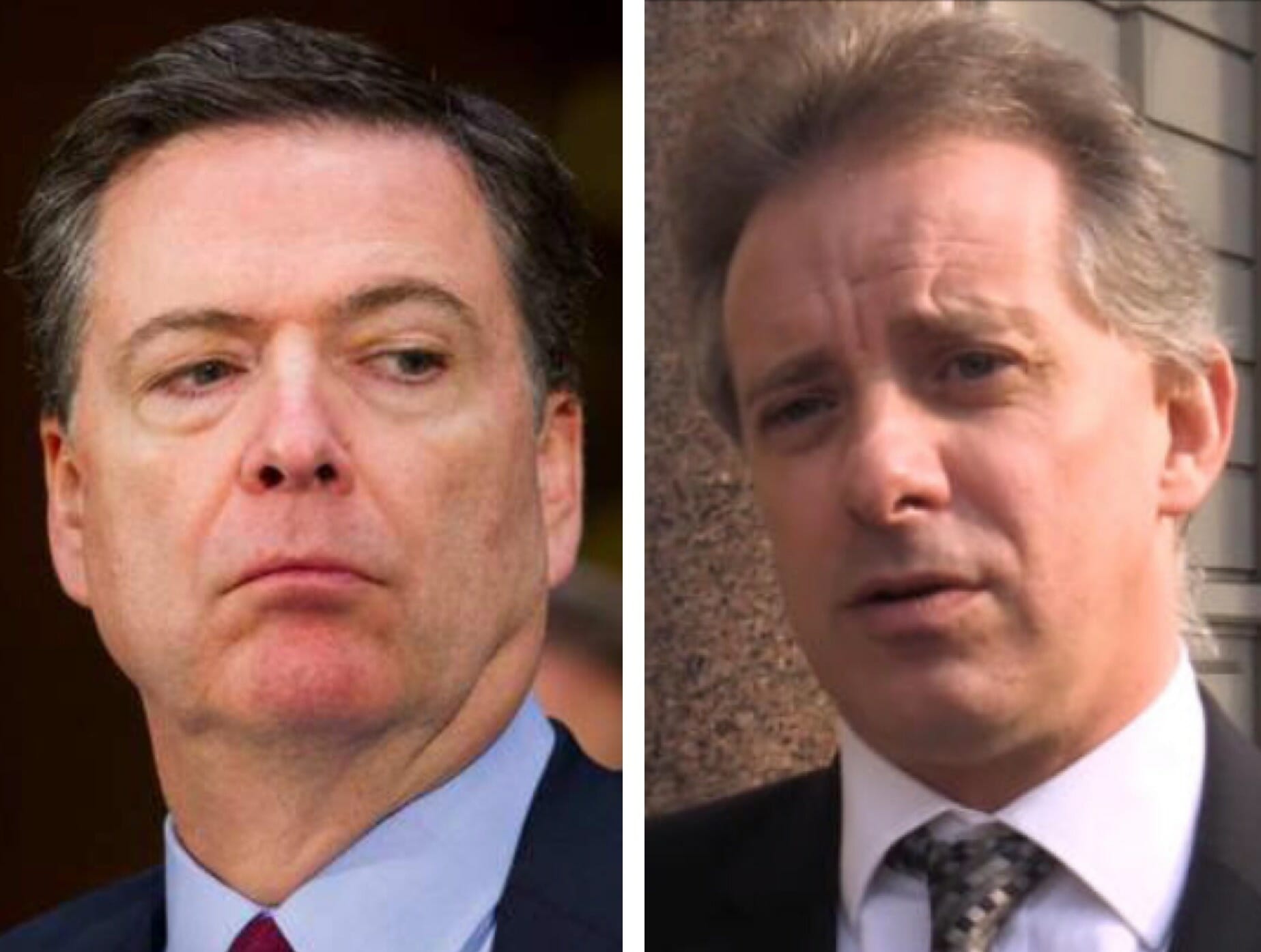 At least 12 times the FBI continued to gather junk documents from Christopher Steele after the election of Donald Trump as president.

FBI investigators in the DC bubble were shocked when President Trump stomped Hillary Clinton in the 2016 election and were desperate to find Trump ties to the Putin regime. So they kept purchasing junk papers from Christopher Steele from Fusion GPS despite having fired him in the summer of 2016.

Byron York wrote about this shocking news that the FBI was still accessing reports from Christopher Steele even after he was fired and after he fed them the completely bogus Trump Russia dossier.
Via The Washington Examiner:

Congressional investigators know that Christopher Steele, the former British spy who compiled the Trump dossier on behalf of the Clinton campaign, kept supplying allegations to the FBI after the 2016 election — and even after he was terminated as a source by the bureau for giving confidential information to the media.

Because he had broken his agreement with the FBI, bureau procedure did not allow agents to keep using Steele as a source. But they did so anyway — by devising a system in which Steele spoke regularly with Bruce Ohr, a top Obama Justice Department official whose wife worked for Fusion GPS, which hired Steele to search for dirt on Donald Trump in Russia. Ohr then passed on Steele’s information to the FBI.

In a highly unusual arrangement, Ohr, who was the fourth-highest ranking official in the Justice Department, acted as an intermediary for a terminated source for the FBI’s Trump-Russia probe. His task was to deliver to the FBI what Steele told him, which effectively meant the bureau kept Steele as a source.

Agents made a record of each time Ohr gave the bureau information from Steele. Those records are in the form of so-called 302 reports, in which the FBI agents write up notes of interviews during an investigation.