Popular YouTuber Ethan Klein says one of his channels was penalized Friday for discussing Alex Jones and the recent ban across social media of Infowars content.

Klein and his wife Hila, who run several prominent channels with millions of followers, reportedly had their podcast’s livestream shut down in the middle of discussing the issue.

A tweet by Klein states that not only was the stream interrupted, but that the channel received a strike in the process.

Wow @TeamYouTube just shut down our @theh3podcast live stream and gave us a strike for talking about Alex Jones??… What.

In a subsequent remark Klein said their streaming ability had also been removed, forcing them to finish the show offline.

Our ability to Livestream @theh3podcast has been revoked so we'll have to continue filming it offline and upload it later. Nice one @TeamYouTube

YouTube said in a response to Klein that it was “looking into what happened” and would respond in due time.

Thanks for letting us know, we're looking into what happened and will keep you posted.

Thanks for letting us know, we're looking into what happened and will keep you posted. 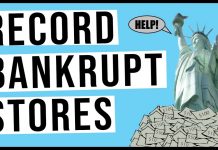