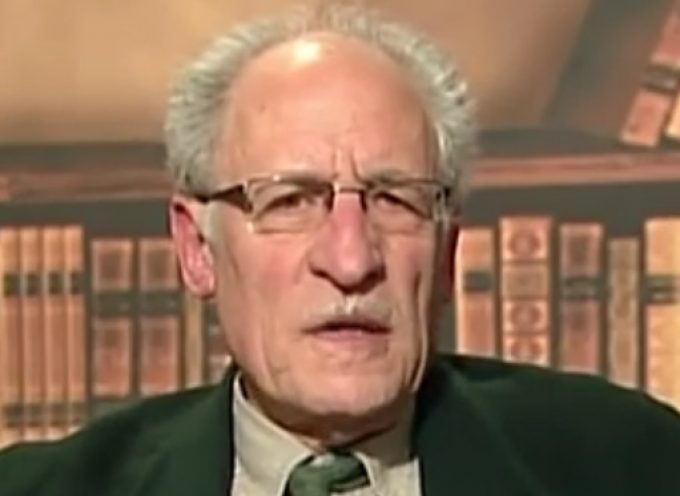 Here’s an example showing how much of a dictatorship and enemy of democrats it is:

Anna Dressler was a ship-hand on a flotilla of two small boats launched from Palermo Italy that were manned by 34 people from 12 countries in international waters and that were seized — stolen — by Israel’s military, on 29 July 2018. They became seized because these boats were carrying medical supplies in violation of Israel’s internationally illegal blockade against food and medicine reaching the residents of Gaza. She was on the boat “Al-Awda,” which was 42 miles from Gaza at the time of seizure-theft. Israel’s troops seizing it were masked, and were armed with machine-guns.

The first video of this incident was released on August 20th.

A “Legal and Welfare Update and Appeal” dated August 14th by the Freedom Flotilla, stated that,

The two boats ‘Al Awda’ (The Return) and ‘Freedom’ were hijacked by the Israeli Occupation Forces in international waters 42 and 49 nautical miles respectively off the coast of Gaza. During their unlawful detention, crew, participants and journalists were subjected to a range of physical and emotional violence.

The captain of Al Awda was threatened with execution, 4 people were tasered, 3 people had ribs broken by the Israeli military and one person had his foot broken.

They were all taken against their will to Israel, unlawfully imprisoned and ultimately deported. The Israeli authorities have stolen the boats and the 13,000 Euros worth of medical supplies that we were carrying as gifts, as well as many of the participants’ personal belongings (including clothes, a Bible, credit cards, IDs and mobile phones). Incredibly, they have begun to take legal action to attempt to confiscate the boats.

These people had been in constant communication with their colleagues on land; so, if they’d been killed by the Israelis, it would immediately have become an international incident, enraging 12 countries. They had to be released, and thus they were. These people weren’t Palestinians; they had rights that were cared-about in other countries. Though a gangster-state, Israel recognized that these people couldn’t be simply discarded, like trash — as Palestinians are treated by Israel.

So, here’s how the journey got to that stage:

On June 27th, Ms. Dressler, writing in the third person as “she,” had posted, as “Deckhand on Freedom”, her personal background, and presented an explanation, written as impersonally as she could, as to why she was participating in this flotilla (which, though she didn’t note the fact, was manned entirely by volunteers who knew that they were placing themselves in severe jeopardy for doing this):

Anna was born in Germany and is now living in Sweden, but mostly she is out on travels and ‘projects’ around the globe. She is an activist and problem solver – a person with a diversity of professions. In 2012, she was the Project Leader for an anti-money laundering campaign. In 2015-2016, she participated in a private project working with refugees near the Macedonian border and along the Balkan route. She enjoys her freedom wholeheartedly and wants others to have the same opportunity.

On July 18th was posted, by the Freedom Flotilla, the following “Leaving For Gaza – Media Release”:

Four boats from the ‘Right to a Just Future for Palestine’ Freedom Flotilla Coalition are scheduled to leave Palermo, Sicily, to break the illegal Israeli blockade of Gaza, and to assert the Palestinian people’s right to freedom of movement and their right to a just future. …

As always, our boats carry representatives from across the world and messages of love and solidarity for those living under the inhumane, decade-old blockade – the collective punishment on the civilian Palestinian population of Gaza. Given the dire situation in Palestinian hospitals, we are also transporting some urgently needed medical supplies (#Gauze4Gaza).

This need is even more critical given the thousands of people severely wounded by Israeli snipers and tear gas in the past few months during the Great March of Return protests (see 10 July UN report on serious injuries). …

It is also encouraging to see the local welcomes we are being given, including by the Mayor of Palermo who rightly connects our campaign with the Caravana Abriendo Fronteras, who have just arrived from Spain, and similar demands for the opening of borders and freedom of movement from the City Council of Cádiz (Spain) and Naples (Italy).

Spokesperson for the International Committee for Breaking the Siege of Gaza, James Godfrey said: “This Flotilla is necessary to highlight the international community’s failure and its ongoing complicity in the illegal blockade of over two million Palestinians in Gaza, more than half of them children.”

On July 23rd, was posted “Freedom Flotilla Coalition sets sail for a just future for Palestine”, and it reported:

Three boats are sailing with boxes of medical supplies: Al Awda (The Return), a large converted fishing vessel; Freedom to Gaza, a large sailing vessel; and Falestine, a smaller sailing vessel. A fourth boat, Mairead, will not sail at this time. Another Sicilian port Messina, opened its open arms as usual with a series of wonderful community events, and we are grateful for their solidarity.

All three boats making their way to Gaza will be donated to the Union of Agricultural Work Committees, that includes a fisherman’s union that will use the boats to fish in order to feed their families.

Spokesperson for the Swedish Ship to Gaza campaign, Jeannette Escanilla, said the boats would provide important economic and training opportunities for Palestinians trapped in Gaza.

“The illegal Israeli naval blockade has devastated the Palestinian economy, and in particular has hurt the fishing industry in Gaza so these boats will provide important economic opportunities for Palestinians in Gaza, and also training opportunities in sailing, to enable them to gain better qualifications. Currently, the Israeli Occupying Force prevent Palestinians in Gaza from sailing more than a few nautical miles from shore, and routinely attack fishing and other boats from Gaza.”

On July 26th, Dressler posted “ON THE WAY TO GAZA WITH FREEDOM – ANNA DRESSLER (UNITED KINGDOM/GERMANY)”. She said:

Gaza is a zone in the world where human rights seem to be forgotten. I believe that every person can change the world, on their own way, wherever they are and in which way they can. Let’s start here, with a blockade that should never have existed, and continues, along with everyone else, man-made, disasters.

On August 4th was posted to youtube “ANNA DRESSLER – SOS”, in which, six days after the seizure, theft, and assault, by Israel, against these people and their vessels, Anna, speaking in Swedish, publicly demanded that her Government in Stockholm enforce her rights as a Swede, against the Government of Israel, and that the ships and their supplies be at least returned to their owners.

On that same date, August 4th, the Freedom Flotilla itself headlined “SOS – Just Future for Palestine”, and officially notified the foreign ministers of the 12 involved countries whose nationals’ rights had been violated by Israel in this incident. These 12 countries were: Australia, Canada, Denmark, France, Malaysia, New Zealand, Norway, Singapore, Spain, Sweden, UK, and U.S.

The following day, August 5th, Jeannette Escanilla wrote, for the Steering Committee, Ship to Gaza Sweden (her official title being “Spokesperson for the Swedish Ship to Gaza campaign”), addressed as follows:

To the Foreign Minister of Sweden; Margot Wallström