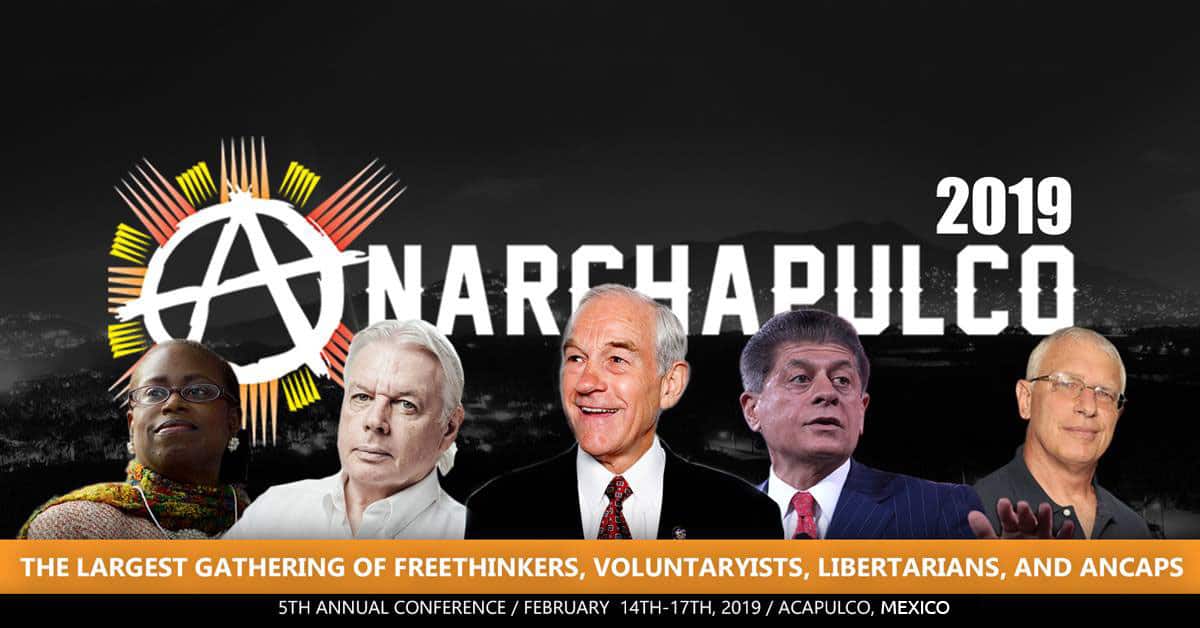 Ask a friend, “What’s the first thing that comes to mind when you think of an anarchist?”

As far as “anarcho-communists” and radical socialists go (like the destructive Antifa group), that’s probably a pretty accurate picture.

But those punks are not the only anarchists… (they’re not even really anti-state).

These people are interested in building a better world rather than tearing down the current one.

But regardless of labels, these rebels stand for the same principle:

Individuals have the right to do as they please as long as they don’t violate the rights of others.

It’s about maximizing consent and abolishing every form of systematic coercion, whether royal, democratic, or socialist.

Basically, these anarchists reject the most dangerous superstition that the majority of people still believe in… centralized government.

So who are these peaceful anarchists? What have any of them accomplished in society? What good have they done for the world lately?

Well, instead of listing every remarkable anarchist living (of which there are many), in no particular order, here are 5 modern-day anarchists who’ve changed society for the better and are still working toward a freer, more prosperous world without the State. 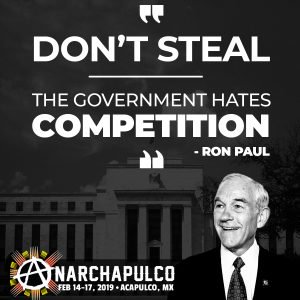 Countless libertarians recall the “Giuliani Moment” during Ron Paul’s 2007-2008 presidential run as the spark that ignited their passion for liberty and set them on the path toward libertarianism.

Never before, and never since, have we seen a politician speak the truth as confidently, firmly, and coherently as Dr. Paul did (and still does).

During his 2012 run for president, Paul galvanized youth in ways his opponents could only dream of doing. And he did it by exposing the truth about the Federal Reserve, the war on terror and drugs, the housing crisis, and so many other critical issues.

No one else could pack stadiums with people young and old chanting “End the Fed.” No one but Ron Paul.

He consistently got more votes and donations from active-duty military members than his Republican counterparts, largely because he was saying what those soldiers were thinking but weren’t hearing from the warmongering politicians.

After all that, some may still make the argument that since Ron was a politician, he’s a statist.

“[Anarchism] is the ultimate self-government…It’s the natural condition we should all accept.”

No statist would ever utter such a blasphemous worldview. Yet Ron did because he recognizes the inherent right of all individuals to govern themselves, and not to be ruled by others.

It should also be noted that before entering politics, he was a highly successful, extremely hard-working obstetrician and gynecologistworking in Lake Jackson, Texas.

He delivered over 4,000 babies and never accepted a penny of federal funding from his Medicare and Medicaid patients – choosing to treat them for free instead of taking dirty fiat credit from the feds.

So not only did he breathe new life into libertarianism, “The Good Doctor” literally helped thousands of mothers give birth to healthy little humans.

For all that, Ron Paul will be remembered as one of the most influential and important anarchists in history. 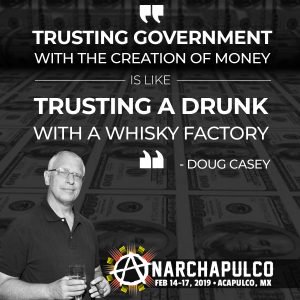 Doug Casey wrote THE book on investing during economic downturns, Crisis Investing – which became one of the best-selling books in the US in 1980.

His research has helped millions of people make the smartest investments during the toughest times for over 25 years.

But he doesn’t just tell his readers how to profit, he explains the root cause of depressions, recessions, and panics – namely, disastrous Federal Reserve and federal government policies.

Casey embeds the principles of free-market anarchy into every report he publishes, teaching people how to be rich and why they should vacate the state at the same time.

He is changing people’s lives – and in effect, society – for the better.

In fact, my life was dramatically improved by Doug Casey; he explained to me that I was an anarchist.

David Icke is undoubtedly among the most controversial, provocative, and polarizing figures in the world.

That’s mainly because, in the words of Vin Armani, he could be called “the godfather of conspiracy theorists” online.

David Icke has been redpilling people long before the Wachowskis created The Matrix.

Reptilians running the world? You decide.

Satanists and pedophiles among the ruling class? Obviously.

The world we experience is a virtual simulation being projected by Saturn? Well…

If you set aside some of these hard-to-swallow theories, at the very least, David Icke has been instrumental in helping people think differently, question their reality, and rightfully reject statism in all its ugly forms.

So even if one of his ideas are wrong (although he’s been right about some scary stuff, like pedophiles running the government), he’s still helped move people toward personal and social liberty.

Because David Icke doesn’t stop once he reveals who really rules the world, he also teaches people how to free themselves from these unelected powers that shouldn’t be.

Although Icke may not yet have come out and explicitly said that he’s an anarchist, he consistently preaches that you as an individual have absolute power, if only you seize it and stop giving consent to those who attempt to govern you.

That’s an anarchist message that is definitely changing society for the better.

Former US Representative Cynthia McKinney recently announced that she thinks she’s an anarchist.

The activist and college professor expands on her views in this interview, solidifying where she stands. When asked what she knows now after working in CONgress that she didn’t know before, she responds:

McKinney favors direct democracy as a practical alternative to the rigged political system we have today and as a path toward anarchy.

During her final stint in CONgress from 2004-2006, she transformed into a courageous voice for the 9/11 truth movement.

You can watch her grill an uncomfortable Donald Rumsfeld on the missing 2.3 trillion dollars from the Pentagon’s budget, the DynCorp child sex trafficking scandal, and the war games being conducted on September 11th, 2001.

McKinney was a vehement opponent of the war in Libya, a war often referred to as Hillary Clinton’s war.