Google announced that it would provide China with a government-censored search engine, according to leaked documents reported by The Intercept, which resulted in Google employees protesting the decision by the company.

Just a few hundred of Google’s massive 88,000 employees were briefed on the project known as “Dragonfly” prior to the revelations, which triggered massive blowback against the company in a move seen as capitulating to the Chinese Communist government and censorship.

The Intercept reported that after the leak Google responded by trying to shut down and limit its employees’ access to documents that contained information about the China censorship project, according to Google company insiders.

“Everyone’s access to documents got turned off, and is being turned on on a document-by-document basis,” said one source who spoke to The Intercept. “There’s been total radio silence from leadership, which is making a lot of people upset and scared. … Our internal meme site and Google Plus are full of talk, and people are a.n.g.r.y.”

Google’s project Dragonfly was initiated in spring of last year and was expedited following a December 2017 meeting between Google’s CEO Sundar Pichai and a top Chinese government official, according to The Intercept.

Epstein asks, “How did Google become the internet’s censor and master manipulator, blocking access to millions of websites?”

Google has a history of censoring information, so aiding China in its censored society should come as no surprise to readers.

This marks the second protest this year against Google by its own employees for a controversial plan devised by executives within. 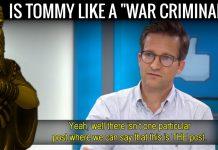