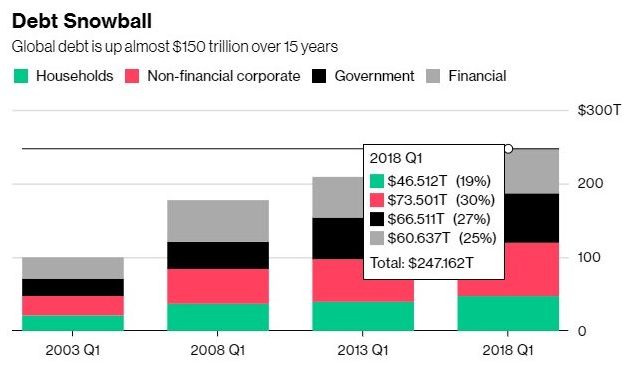 When asked where America is headed in Q4 as a topic of discussion for a rapidly upcoming interview, I wrote back that I am less sure where America is headed in Q4 than “down the road” in general.   The whole thing (political, financial, economic) could fall apart at any time.  On Monday, August 27th, 2018.  In a week.  In a month.  In a year.  In a year and a half.  I just don’t know, for “markets can stay irrational longer than investors can remain solvent” (Keynes said some smart stuff like that, and even he didn’t subscribe to governments’ forever rising tides of red ink, but rather applauded generating deficits only during recessions that would then turn into surpluses during recoveries, but I digress).

That said, and as per my latest post on QT, I believe the Fed’s monetary tightening will greatly hasten the “reset day.”  The Fed’s sustained tightening is already causing numerous EM currencies, stocks, and bonds — trillions of which (out of $58.5trn in aggregate) are denominated in dollars, with $500bn coming due in 2019 alone — to implode.  Meanwhile and concomitantly, the Fed is increasingly choking off growth in a debt-addicted US and global economy while raising EM’s financing costs in currency and interest expense terms.  This is especially true as we haven’t addressed what I call a toxic public policy stew.  Translation: as statist politicians, judicial despots, and crony capitalists remain busy killing the free market patient (esp. in the west and in India), private sector wealth creation, and good jobs, everything runs on access to (yet more) credit.  Take that away or make it more expensive without removing free market capital’s growing “global corset,” and that overdue recession won’t be overdue much longer (and neither would a stock market drubbing reaching US shores).

And a “run-of-the-mill” recession would be a celebratory benign outcome on the heels of decades of political, financial, and economic malfeasance by an ever more entrenched global “ruling class.”  Call them oligarchs, plutocrats, fascists, lawless tyrants, or even central bankers. In any event, serfdom suits them all just fine, and they are well on the road to ruin (for the “99%”).  Now of course such “deplorable” topics weren’t discussed at the annual Jackson Hole central bank love-fest a few days back, nor will they be discussed in the Alps of Switzerland in the coming winter (otherwise known as Davos).

Carping aside, back to getting a bead on what’s going on/going down.  We all know how intertwined today’s global capital and currency markets are — more than ever before thanks to globally coordinated and orchestrated “financialization.”  For flavor and for a preview of coming attractions (“Deutsche Bank” and bankrupt governments), you may recall how in 2008 UBS, the “unassailable” Swiss financial titan, was nearly brought to its knees due to huge exposure to imploding US mortgage asset valuations, including $26.6bn in investment-grade “junk.”   If it hadn’t been for a swift taxpayer bailout, massive fund withdrawals by UBS’s creditors and depositors would have rendered the bank both illiquid and insolvent.  My point: how does one spell CONTAGION, revisited?  And let us not even get bogged down in the quadrillions of dollars in derivative exposure risks by leading financial institutions, the largest chunk of which are bets that global money center banks made on interest rates staying abnormally low, despite unprecedented monetary inflation risks and/or insolvency risks (Venezuelan-style monetary debasement is just another form of insolvency or complete loss of creditors’ purchasing power).  As such, if interest rates “rise from the dead,” many banks will be dead, and those parties that would have enjoyed huge profits from rising interest rates, won’t.  A global financial meltdown wouldn’t be out of the question.

That Fed QT will morph into record Fed QE (debt monetization) amidst reversion beyond the mean:

Which suggests a fairly quick and record reversion to QE by the “terrifically exposed” Fed and a return to fed funds rate cuts (when push comes to shove, the Fed will protect its owners’ balance sheets; those balance sheets belong to the big money center banks) is just out of sight.   When this manifests, I believe it will be the wake up call that finally makes investors smell the “traditional asset and RE bubble valuation coffee.”  And once the algos go in reverse — feed on themselves in a falling market by triggering yet more sell orders — we will finally have that big, fat, overdue, and ugly reset: every asset gets repriced down relative to gold (and, by extension, silver).

Recall that markets are “reversion beyond the mean machines.”    In this case, from boom valuations to bust valuations. Upshot: we should once again see single-digit P/Es and double-digit bond yields — and nasty inflation/stagflation, as a crack-up boom finally ensues on the back of some $16trn in global central balance sheet expansion over the past decade that starts to find its way into the “real economy” with a vengeance (recall that central bankers have been desperately trying to stoke more inflation, and that once inflation starts, it typically gets out of control).  Arguably, we’ve never had so far to fall, globally speaking, because we’ve never had each major currency utterly divorced from any kind of defensible precious metals backing (although this could be on the verge of changing in both Russia and China with precarious implications for the greenback, especially if Germany wants a viable global reserve currency alternative to the buck), which has gotten us into all sorts of political, financial (debt), and economic trouble.  Not a good time to have asset valuation acrophobia.

We are so close to numerous remaining bubble asset valuation implosions, and President Trump’s trade antics and/or heightened political instability in the US and in EM, from South Africa to Turkey to Iran to Venezuela, threaten to make the global reset “closer still.”  Why?  Because increasing political uncertainty and tariff wars kill already globally weak economies facing the headwind or rising debt-induced interest expense growth prior to any interest rate normalization, much less “overshoot.”   One can almost hear the rumbling, even at the dollar-based center of global finance.

In the interim, the rule of law is virtually dead in the US and the West, and the un-elected, statist bureaucratic chieftains, with their powerful, protected jobs and their well-paid, ever-growing staffs, have successfully usurped legislative prerogatives from elected officials (specifically, from the Congress in the US and from parliaments in Europe).  This, coupled with legislating from the bench, has not only effectively ended representative government in many OECD nations, but it has eviscerated working citizens’ property right protections, free market capitalism, productivity, and numerous nations’ balance sheets: at nearly $250trn in operations-based debt, the globe’s $81trn economy is too encumbered for anything but a destructive debt-based deflation.  That deflation will be fought tooth and nail with the printing press for political reasons until fiat money is totally destroyed, as has always happened.

Simultaneously and sadly, unless reversed in time, many western nations’ sovereignty, cultures, codified individual freedoms, and tolerance will also be balkanized away.  Needless to say, budding resistance to this destructive status quo is resulting in growing political divides, which in turn is fueling rising tensions and potentially destabilizing political situations from Italy to the UK to the United States.  If this continues to ratchet up, as “populists”/workers increasingly clash with leftists/globalists, this could yield political paralyses, constitutional crises, and/or, in a worst case scenario, anarchy or war.  Needless to say, all of them would pressure stock, bond, and real estate valuations, including in “safe haven” America.

Speaking of America, the buck and the US stock market, which have been rallying as many ROW currencies and equity markets come under substantial pressure, are arguably the biggest, most unsustainable, and most foreign capital and import dependent bubbles of all (and of all time).  Ultimately, the US, the world’s largest net debtor nation ever (nearly $8trn) — a nation long lacking robust domestic savings that may well be looking for between $2trn – $3trn in new net financing p.a. given its current trajectory, which a stouter recession would widen substantially — cannot possibly have a sustainably strong currency.  Said is all the more true if that nation’s central bank appears bent on driving an economy still caught in a Fed-enabled bureaucratic and litigation (red tape) straight jacket, and way overdue to enter an “official recession,”  right off the cliff. 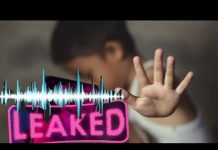