I generally stay away from subjects as trivial as sport. Various physical games are useful in bringing up healthy children, but professional sport is part of a system of organized distraction—entertainment. I like draw a distinction between entertainment and fun: it’s fun if you make it yourself and it requires some amount of work on your part; if you just passively sit and soak it in, it’s entertainment. 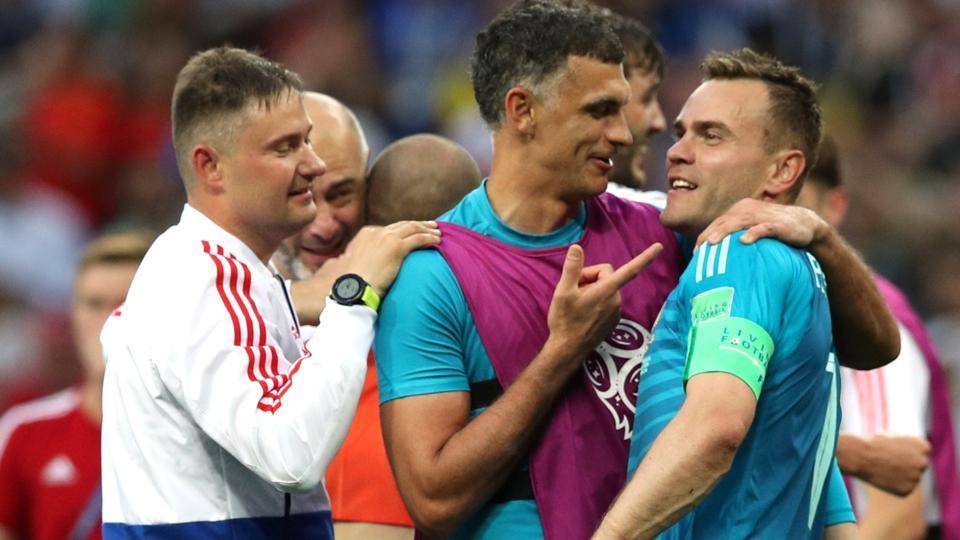 Hiking up a mountain is fun; watching someone climb Mount Everest—unless you are preparing to do so yourself—is entertainment and therefore a waste of your time. I have a lot of fun observing the as of yet incomplete collapse of Western civilization, and this is not a waste of my time—or yours—because I am preparing to survive it, as should you.

But I suppose there are times when the form of organized distraction that is professional sport escapes the realm of the trivial and approaches the sublime, and it’s starting to seem that the World Cup that is currently underway in Russia is just such a happening, and it has forced me to pay attention to it—by no means just for the sake of football, although the twists and turns of this tournament have been quite curious.

Nobody could have predicted that some of the strongest teams—Germany and Spain—would be eliminated before the quarter-finals, or that the latter of them would be eliminated by Russia. Russian footballers are not known for winning internationally. A popular joke goes: What does Russia want for New Year? (Christmas, which is on January 7th, is not a gift-giving occasion.) New legs for its footballers!

That Russia made it into the quarter-finals is already a huge victory and a minor miracle, and there is much dancing in the streets. Akinfeev, the Russian goalkeeper to whom the team owes its victory over Spain several times over, has become a national hero and an internet meme. 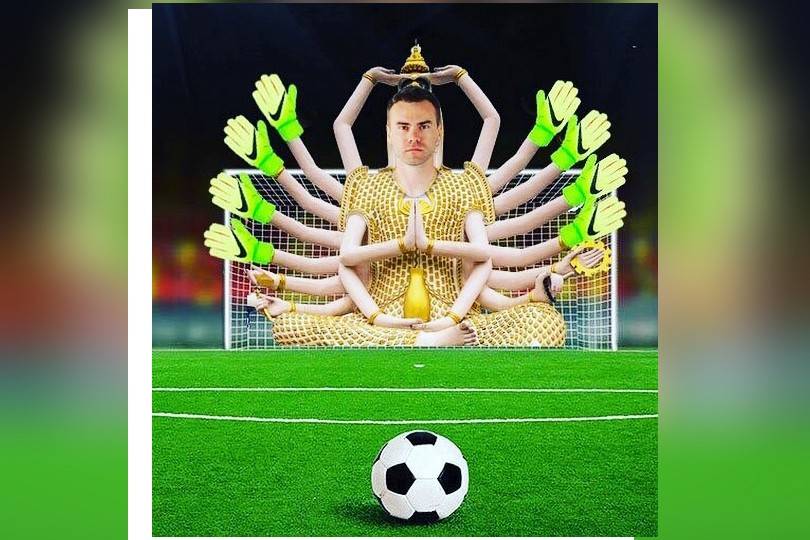 But you can read all about it elsewhere. This is one of the few occasions where the Western press is providing reasonably accurate coverage. What is far more interesting to me is the reaction to the thousands of people from all over the world who have flooded into Russia to watch this event and to take part in the festivities, including ten thousand football fans from the US whose national team didn’t even qualify to compete.

Such a large American presence is surprising, since their countrymen tend to prefer various homespun games, such as the one in which men run around a field clutching an oblong object and give each other concussions, or the ball-and-stick game in which men mostly just stand around, spit a lot and endlessly adjust their caps. Most of the rest of the world doesn’t care at all about them; the truly international game is football.

What’s really important is that all of these football fans got to see Russia for themselves, without any unhelpful interference from Western media mouthpieces which see it as their mission to endlessly smear Russia. Many people, Europeans and Americans especially, went to Russia expecting to find it as described by their media: a dark, gloomy place, run down and dirty, with rude and unhelpful service, thuggish and corrupt officials, and, to top it off, very dangerous. What they found instead was a friendly, hospitable, clean, safe, brightly lit country geared up to create the best party atmosphere imaginable.

It was a public relations breakthrough. Their firsthand experience of life in Russia will make it a bit more difficult for their national media back home to continue selling them disinformation about Russia. But I am sure that it will still try, because of a combination of institutional inertia and ingrained anti-Russian bias.

As an example of such failing efforts at cooked up, slanted coverage, a couple of British correspondents wrote of people giving the Nazi salute and singing “Hitler youth songs” in a bar. This was in Volgograd, formerly Stalingrad, where the Nazi invaders were stopped and turned back—a place where wartime memories are still fresh and where, you’d think, someone giving the Nazi salute would get thrashed. The entire vignette, as reported, seemed much too ludicrous, and so some Russian journalists went in to investigate. Sure enough, they did discover that some people in a bar in Volgograd gave the Nazi salute.

They were drunk, and they were… British football fans. Nobody there took offense or gave them any trouble. Perhaps it wasn’t just drunken stupidity but a bit of reconnaissance-in-force: go to Stalingrad and pretend to be a Nazi, just to see if the place is really safe. Three decades ago some Russian friends of mine did something similar in the US: they bought a few jugs vodka, stole a fire truck and drove it across a state line into Alabama drinking vodka and hollering Russian songs. For this rambunctious behavior they got to spend a couple of nights in county jail and were released. The US was safe… at the time.