“[The] nation state as a fundamental unit of man’s organized life has ceased to be the principal creative force. International banks and multinational corporations are acting and planning in terms that are far in advance of the political concepts of the nation state.” (Zbigniew Brzezinski, 1969)

This famous quote from one of the world’s leading Globalists could have been written more truthfully. For example: “We must do everything we can to eliminate the reality of separate and individual countries. In this regard, breaking down borders with massive waves of immigration will go a long way.”

And what about Brzezinski’s remark that corporations and banks are acting in ways that are “far in advance” of the nation-state?

Perhaps this is what he means by advanced concepts: Corporations are empowered to set up factories in Third World hellholes, where they employ workers at starvation wages, with no environmental concerns or controls. That’s step one. Step two is exporting the goods made in those far-off places back to First World countries without paying tariff-penalties.

Yes, that’s what Brzezinski and other elite Globalists would call “enlightened economics.”

To call this free-market capitalism is a gross misnomer. The free market is pushed to the side. Basic capitalism, in which an entrepreneur builds a domestic business and sells his goods, has nothing to do with this kind of engineered international corporate expansion. The corporate Globalist state is a different animal altogether.

“I believe that if you go and ask a chief executive of a Goldman Sachs or a BP, and they answer you honestly … they want monopolies, they want government subsidies, they want preferences – they’re not interested in free markets.” (Ian Bremmer, The Daily Telegraph, 7/10/10)

Any doubt on the question of Globalist goals is answered by David Rockefeller himself, in his Memoirs (2003): “Some even believe we are part of a secret cabal working against the best interests of the United States, characterizing my family and me as ‘internationalists’ and of conspiring with others around the world to build a more integrated global political and economic structure—one world, if you will. If that is the charge, I stand guilty, and I am proud of it.”

Rockefeller’s phrase, “a more integrated global and economic structure,” vaguely suggests some kind of fairness, in which loser nations would be promoted into upper tiers of business relationships.

But no. “Integrated” actually means the world is made to fit the ambitions of global corporations—these behemoths can roam anywhere, set up shop, and produce their goods, without regard for smaller producers of the same goods, who suddenly find themselves edged out of the market.

In the current trade wrangle between China and the US, Globalists are essentially saying: “See, you’re upsetting the system. Now both China and the US will be laying on tariffs. It’s much better to eliminate tariffs altogether—which was the way we ran things until recently…”

No, the way things were being run allowed China to export far more goods to US than the US was exporting to China. That imbalance has been quite damaging to the US economy.

So, although Globalists ignore the concept of separate nations, and cheerily chirp about mega-corporations running “the worldwide economy,” in fact whole nations are hurt by this practice; some nations more than others.

This is no accident. In order for Globalist control of the planet to win out, the US has to be brought to heel. Dismantling the power of its economy has been a major operation, for decades. 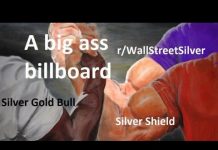