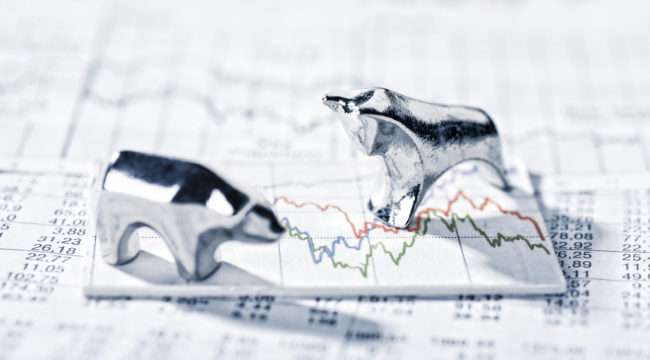 When geopolitical events create crises in the world, volatility usually follows in world markets. The results of this volatility is important to note and I will discuss this below.

Investors were happy, complacency ruled the day and all was right with the world.

Then markets were turned upside down in a matter of days. Major stock market indexes fell over 11%, a technical correction, from Feb. 2–8, 2018, just five trading days.

The CBOE Volatility Index, commonly known as the “VIX,” surged from 14.51 to 49.21 in an even shorter period from Feb. 2–6. The last time the VIX has been at those levels was late August 2015 in the aftermath of the Chinese shock devaluation of the yuan when U.S. stocks also fell 11% in two weeks.

Investors were suddenly frightened and there was nowhere to hide from the storm.

Analysts blamed a monthly employment report released by the Labor Department on Feb. 2 for the debacle. The report showed that wage gains were accelerating. This led investors to increase the odds that the Federal Reserve would raise rates in March and June (they did) to fend off inflation that might arise from the wage gains.

The rising interest rates were said to be bad for stocks because of rising corporate interest expense and because fixed-income instruments compete with stocks for investor dollars.

Wall Street loves a good story, and the “rising wages” story seemed to fit the facts and explain that downturn. Yet the story was mostly nonsense. Wages did rise somewhat, but the move was not extreme and should not have been unexpected.

The Fed was already on track to raise interest rates several times in 2018 with or without that particular wage increase. Subsequent wage increases in the February, March, April and May employment reports have been moderate.

The employment report story was popular at the time, but it had very little explanatory power as to why stocks suddenly tanked and volatility surged.

The fact is that stocks and volatility had both reached extreme levels and were already primed for sudden reversals. The specific catalyst almost doesn’t matter. What matters is the array of traders, all leaning over one side of the boat, suddenly running to the other side of the boat before the vessel capsizes.

The technical name for this kind of spontaneous crowd behavior is hypersynchronicity, but it’s just as helpful to think of it as a herd of wildebeest that suddenly stampede as one at the first scent of an approaching lion. The last one to run is mostly likely to be eaten alive.

Markets are once again primed for this kind of spontaneous crowd reaction. Except now there are far more catalysts than a random wage report.

The U.S. has ended its nuclear deal with Iran and has implemented extreme sanctions designed to sink the Iranian economy and force regime change through a popular uprising. Iran has threatened to resume its nuclear weapons development program in response. Both Israel and the U.S. have warned that any resumption of Iran’s nuclear weapons program could lead to a military attack.

Three faces of volatility, from left to right: Ayatollah Ali Khamenei, the spiritual and de facto political leader of Iran; Nicolás Maduro, the president of Venezuela; and Kim Jong Un, the supreme leader of North Korea. Iran and North Korea may soon be at war with the U.S. depending on the outcome of negotiations. Venezuela is approaching the status of a failed state and may necessitate U.S. military intervention.

Venezuela, lsed by the corrupt dictator Nicolás Maduro, has already collapsed economically and is now approaching the level of a failed state. Inflation exceeds 14,000% and the people have no food. Social unrest, civil war or a revolution are all possible outcomes.

If infrastructure and political dysfunction reach the point that oil exports cannot continue, the U.S. may have to intervene militarily on both humanitarian and economic grounds.

North Korea and the U.S. have pursued on-again, off-again negotiations aimed at denuclearizing the Korean Peninsula. While there have been encouraging signs, the most likely outcome continues to be that North Korean leader Kim Jong Un is playing for time and dealing in bad faith.