Kennedy and Bigtree thought it would be very interesting to read these HHS reports—all 16 of them. So they filed a Freedom of Information Act request, and then…nothing. No replies.

Kennedy and Bigtree then went to court to obtain the information—and after wrangling and stonewalling, HHS admitted it has NO such reports in its archives.

IN OTHER WORDS, SINCE 1988, HHS HAS FAILED TO UPDATE CONGRESS ON ITS EFFORTS TO IMPROVE VACCINE SAFETY.

And the further implication is: there are no reports, because HHS has done nothing to improve vaccine safety in all these years.

The original 1986 law removed all liability from vaccine makers BECAUSE THERE WAS A PROBLEM, AND THAT PROBLEM WAS VACCINE SAFETY.

Congress protected billions of dollars that could never be sought in court from vaccine manufacturers. Those law suits, filed by parents of vaccine-injured children, would henceforth be illegal. That was the substance of the law.

So, did Congress recognize there was a serious vaccine safety problem? You bet your life they did, and to make it seem they cared, they charged HHS with doing something about it, and reporting to them (Congress) every two years.

And thanks to the efforts of Kennedy and Bigtree, all this is now exposed.

You can read the court judgement and relevant press release in this pdf document, here.

In 1986, vaccine makers went to the federal government and said they were going to get out of the vaccine business, because juries were awarding too much money in court, to parents of vaccine-injured children. The feds basically said, “We’ll ram through a law eliminating those law suits,” and they did. EVERYBODY AND HIS BROTHER KNEW VACCINE SAFETY WAS A MAJOR PROBLEM… 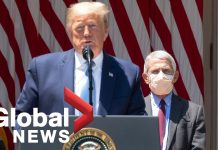