This is the largest convention of its kind in the world.

Newt Gingrich and Rudy Giuliani led the bipartisan American coalition at the conference. 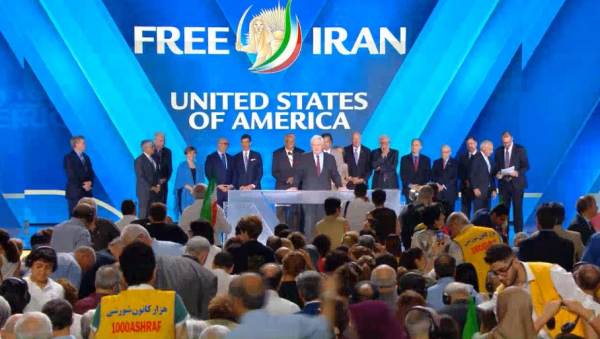 On Monday after the conference news broke that a “Belgian” couple of Iranian heritage was arrested for plotting to bomb attack this year’s conference.

A third suspect, a diplomat at Iran’s embassy in Vienna, was arrested by German Police in connection with the attempted bombing.

A terrorist diplomat of the clerical regime by the name of Asdollah Assadi was the main planner of the terrorist plot. Assadi works at the Iranian Embassy in Austria.
He was arrested in Germany.

The Iranian embassy official reportedly gave the Belgian couple the bomb for the attack.