A groundbreaking United Nations report compiled in 2002 never saw the full light of day, until now. The UK Parliament recently published the entire document, which details the sexual exploitation of refugee children by those distributing “humanitarian aid,” as well as peacekeepers and personnel in positions of power in crisis-affected areas.

The publication of a summary version of the report caused a global furor in 2002, eventually leading to some policy changes. However, these efforts have proven woefully insufficient in light of ongoing scandals, including but not limited to the recent Oxfam debacle, the Zoe’s Ark scandal, allegations of horrific sexual abuse in the Central African Republic by UN forces, and the Laura Silsby incident. All of these cases (and many others) occurred after the partialpublication of the UNHCR report, pointing to one unsavory conclusion:

Aid work is not a vehicle of charity, but is, in a very real sense, a cover for atrocity. It is a weapon, a blunt instrument of power that is wielded to exploit the most vulnerable populations in crisis around the world. We can now state that sentiment as fact, not opinion.

The groundbreaking full version of the UNHCR/Save the Children 2002 report on sexual exploitation by aid workers in West Africa states in part:

“Agency workers from local and international NGOs as well as UN agencies are among the prime sexual exploiters of refugee children often using the very humanitarian assistance and services intended to benefit refugees as a tool of exploitation. Male national staff were reported to trade humanitarian commodities and services, including medication, oil, bulgur wheat, plastic sheeting, education courses, skills-training, school supplies etc., in exchange for sex with girls under 18. The practice appeared particularly pronounced in locations with significant and established aid programs.”

“There was compelling evidence of a chronic and entrenched pattern of this type of abuse in refugee camps in Guinea and Liberia in particular…The number of allegations documented, however, is a critical indicator of the scale of this problem as altogether 42 agencies and 67 individuals were implicated in this behavior…”

“Security and military forces including international and regional peacekeepers, national forces and police units are another significant category of exploiters. UN peacekeepers in Sierra Leone are alleged to be extensively involved in the sexual exploitation of children with the assessment team recording allegations against UNAMSIL peacekeepers from nine countries. Details of these allegations, which also require verification, have likewise been submitted to UNHCR.”

“Junior national staff therefore acquire so much power that in the end, they become “the Organisation.” The refugee population fears challenging such a person, or even reporting them, as such an action may threaten their access to the services provided by that organisation. “If the NGO worker runs away, there will be no food for us” (Adolescent Liberia). Adults and children echoed such sentiments throughout the study, “NGO workers have so much power that people treat them as really important people and the community cannot challenge them.” (Refugee leaders Guinea) This power imbalance turns the refugee population from being a social force for the protection of children into a social pressure against the few members of its own community who try and challenge those perceived to be in power.”

“The refugee community realises that one of the ways to access such items is to exchange sex. “In this community no one can access CSB (Soya nutrient), without having sex first. They say “a kilo for sex”.” (Refugee women Guinea) Another adolescent girl in Liberia said, “These NGO workers they are clever they use the ration as bait to get you to have sex with them.” This has created an environment in which parents blame their daughters for failing to bring food or money into the home and in which people desperate for goods are unable to acquire them through the rightful channels. “If you do not have a wife or a sister or a daughter to offer the NGO workers, it is hard to have access to aid” (Returnee male Sierra Leone).”

“Female staff members confirmed seeing male drivers have sexual relationships with different girls for short periods of time. “They change girls so much and none of them marry the girls and if she becomes pregnant she is abandoned, with no support for herself and the child. Most of us used to just look at them and wonder. Our brothers they have a problem.” (Agency Worker Liberia) Indeed, the assessment team itself witnessed a UN driver leaving a hotel early one morning with two young girls on his arm. The age and refugee status of the girls was undeterminable but the use of vehicles for such purposes does little for the credibility of humanitarian organisations.”

Disobedient Media spoke with Asmita Naik, a co-author of the UNHCR/Save the Children 2002 report on sexual exploitation by aid workers in West Africa. She said of the UK’s publication of the full report:

“I welcome the publication of the full report by the UK Parliament. The victims are finally heard. It is very symbolic that their testimonies are accepted and given credence. Senior UN figures back in 2002 sought to deny their claims and refused to publish the report leaving it in the wilderness for 16 years.”

The UNHCR report recounts the multitude of methods by which children are exploited, including the manipulation of humanitarian services, food, employment, personal resources, and other means. The study tells us clearly that those in positions of greatest power – for example, those working with disabled children – were often the most horrifically abusive.

“Agency workers with special responsibilities, such as caring for children with disabilities, providing accelerated learning programmes, or loans for the vulnerable, were found to use the very same resources intended to improve
children’s lives as a tool of exploitation. Frequent reports were received by the study team on how agency workers give these services to girls in exchange for sex instead of to the intended beneficiaries of these programmes. In one
camp, an agency worker running an accelerated learning education programme was found to have made a disabled girl pregnant. In another situation, an agency worker was using resources meant for the children
attending health clubs to demand sexual favours.”

Earlier this year, The Times of London wrote of the issues raised by the report: “Pauline Latham, a Conservative MP and member of the committee, said that the document… was “Very important to our inquiry because it shows the aid sector has had problems for many years but has failed to sort itself out and now is the time for renewal and reform.”

“During debriefing sessions in all three countries, UNHCR staff, government representatives and the agency staff, including senior managers acknowledged that they knew such practices had happened. Regrettably, even in situations where such information had been brought to their attention in the past, no action had been taken to monitor or redress the situation. The children themselves are in no doubt as to what should be done: The NGOs and UN should stop their workers from exploiting children. The UN is the boss of all the NGOs and should stop them exploiting children” (Adolescent boy, Refugee camp, Liberia).”

Disobedient Media has reported extensively on a multitude of cases wherein ‘humanitarian aid’ was used as a cover for criminal activity of the worst varieties, including child trafficking, sex trafficking, the production and sale of child pornography, and allegations of organ trafficking.

“On June 1987, the New York Times reported that the Belgian headquarters of UNICEF was discovered to have been used to produce and store child pornography. The secret photographic studio was located in the basement of the Brussels building where the committee’s offices were housed. Belgian police reported that the studio was being used to take pornographic photographs of children, many of whom were of North African origin. Belgian police said more than 1,000 such photographs were seized, along with a mailing list of some 400 names in 15 European countries that had been prepared on the UNICEF office computer. A 45-year-old UNICEF employee was arrested after police said he was hosting evening computer classes for children in the organization’s offices and making them pose for pornographic photographs. Police also discovered cowboy outfits and costumes which they stated were being used to stage sex games with minors.” 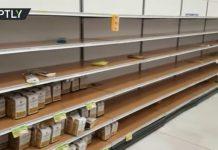