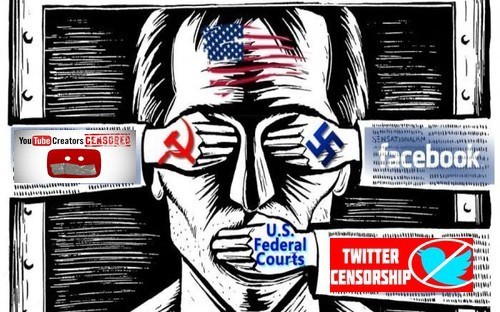 And with that video going viral for several days, helping to ‘awaken’ even more Americans to the crimes of the corrupted faction of the deep state in America, we weren’t the least bit suprised to wake up Monday morning and find that not only that video but the entire SGT Report youtube channel with their 345,000+subscribers and many viral videos has been completely taken down.

In the first video below, Sean from SGTReport’s back up channel that has 300,000 less subscribers talks with us about the takedown of his viral YouTube channel and warns us, the best way for the global scum to silence dissent is to TERMINATE it all together. Something they’re absolutely trying to do to ANP this very moment by cutting off our revenue like they’re doing to many independent media outlets, something that would absolutely guarantee ANP would no longer be online with fresh and totally original content daily.

In the 2nd video below, videographer Erin T Scott talks with us about what the take down of the SGT Report youtube channel might mean with the globalists now going all-out in their attempts to censor the truth and take down President Trump. And Erin warns that the more we see such independent and alternative information outlets offering different opinions from the mainstream media being taken down, the closer we are drawing to ‘the event‘.

And while none of us know exactly what ‘the event‘ might be, it’ll clearly be something huge that the globalists and ‘enemies of America within’ will want the mainstream media to ‘spin’, attempting to vanquish the truth that might come out through the diligent work and research of any number of different members of the independent media such as SGT Report, who picked apart all of the mainstream media’s obvious narratives and various false flag events.

With CNN and other globalists also attempting to get Infowars off of facebook, youtube and the internet all together, what we see unfolding across America with this ‘war’ upon independent media is nothing short of what former Hillary Clinton assistant director of communications Christina Reynolds once said about websites such as Breitbart: “They have no right to exist“. Orwellian to the core. 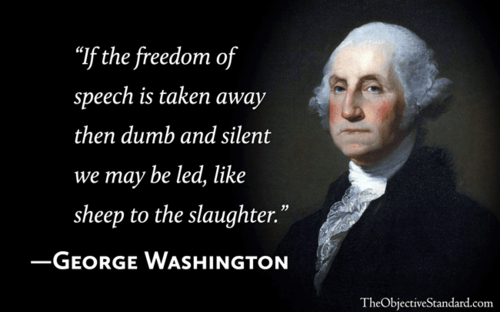 With the left-wing terrorist group Antifa also using violence to attempt to silence Conservatives from speaking freely proving the orwellian nature of their organization which allegedly was created to stop fascists but is clearly quite fascist in nature, should the globalists within America who hate us be successful at taking away the 1st Amendment, Americans will be quickly herded like sheep to the slaughter as George Washington warned of long ago.

And as Susan Duclos reported on ANP back on July 21st, young children are being indoctrinated into radicalism with ‘kiddie commie camp’ teaching kids how to create Antifa flags, just the latest we’ve learned of radical indoctrination going on with our children and following up upon the dumbing down of kids through the common core education system and our colleges which have been turned into socialist indoctrination institutions.

And while the mainstream media had a monopoly on the news industry for many decades, molding the minds of Americans into the obedient sheep they’d shaped them into, now ‘big tech’ comes along with all of the internet giants espousing an Orwellian ideology and like Jon Bowne reports in this new story over at Infowars, vaporizing the US Constitution. 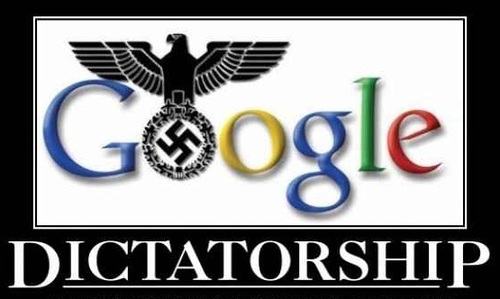 So, why would the google/youtube dictatorship take down the youtube channel of somebody such as SGT Report unless they felt that he and his videos were somehow a danger to them? Sean of SGT Report should wear the takedown of his video channel as a badge of honor, as ANP does the thousands of attacks upon our website that happen every week in attempts to take us offline. So, what are ‘they’ so afraid of?

Going back to the viral video by Sean at SGT Report titled “The Deep State Criminals Just Went ALL IN — THIS IS WAR” which was one of the last videos that he put out before his channel was ‘terminated’, it’s clear that there is little that the corrupted faction of the deep state and the entire Democratic party want to happen less here in America than a ‘mass awakening’ that will make those still trusting them ‘run away’ from their party as fast as their legs will carry them.

With the corrupt faction of the deep state now in an uproar over President Trump’s threats to take away the security clearances of Brennan, Clapper, Comey, McCabe and Susan Rice and more truth emerging every day on the ‘real Russian collusion’, we’ll agree with what our videographer says in the 2nd video below: An event is likely drawing near that may change the present course of history and the very last thing that those who really carry out ‘the event’ want the American people to have are people such as SGT Report ‘breaking it down’ for us.