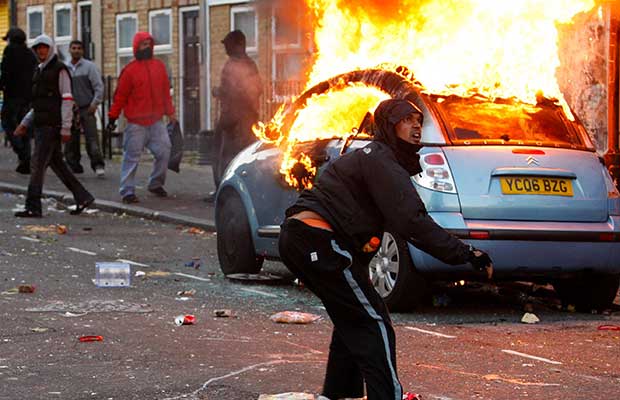 I wanted to respond to a number of comments and a few misconceptions regarding my article, “Traveling to Your Safe Haven During a WROL Event.” There are several things that I want to address.

Meaning of “Without Rule of Law”

First, let me address the meaning of “Without Rule of Law” (WROL). I thought the common usage of these words alone provided a straightforward definition. To me it means a situation where a legitimate government no longer exists such that the rule of law (statutes, rules, and regulations) cannot be enforced and disputes cannot be fairly adjudicated. In short, there is no law to break or enforce, and no reasonable enforcement potential through the courts. You are on your own. To the extent someone or some group attempts to control your actions, they have no legal, moral, or ethical justification for doing so. The only justification they may offer is pure force. It’s a case of “might makes right”.

Expressed Premise That All Comments Addressed To A WROL Event

My article began with the expressed premise that all comments were addressed to a WROL event. As such, to the extent anyone suggested that I was inciting illegal activity, by definition that is impossible. To those that adhere to that position I would recommend rereading the first few paragraphs of part 1, where this premise is clearly spelled out for this very reason. I don’t mind arguing over positions. But, I think it’s essential to agree on the basic facts. My comments only applied to a WROL event, and that is an undisputed fact.

Others have commented that many of the recommendations required extensive training. In my prior group, this was indeed the case. In fact, because we lost a few core members along the way, we were unable to maintain a core group of individuals with the necessary experience and dedication to undertake such processes. This is one reason I left the group and began a reevaluation of my preparation needs and capabilities.

I should probably give a bit a background here. My prior group was comprised of about 13 families with around 50 active members. It was located approximately 1.5 hours from a major mid-Atlantic city, closer to the foot hills. We had members coming from three different states. None of us had the ability to work and live in a rural area. Therefore, all of us felt we were limited to buying into a safe haven a good distance from our home bases.

For those with similar limitations, and I would argue that the majority of preppers fall into this category, traveling to the safe haven during a WROL event will be a necessity. In my prior sub-group we had three families coming from the same direction. Our plan was to meet up at a rally point outside a large city and travel together to the safe haven location.

Too Many Mad Max Movies

While some feel that the scenarios I described are the result of watching too many Mad Max movies, I would suggest they spend more time thinking through how illegitimate (para miltary-type) fake governmental organizations would respond to an economic collapse in the U.S. How much food is available at a local grocery chain? Would it last a few weeks? How about less than 24 hours at best when there is a run on basic food items.

After Food Runs Out

What happens after the food runs out? What happens when fuel runs out? For answers, start by looking at what happens when people are forced to wait in long lines for food, concert tickets, or Christmas sales. Run a few searches in Google and see how crowds react to seemingly trivial provocations. Now, take that to the next level– when a person can’t feed their family or can’t find medical care. Desperation can lead to savage behavior in a very short period of time. Unfortunately, this is part of our genetic makeup.

So, to those of you who believe there will be no roadblocks or people trying to take your stuff, my comment is that that mindset is the product of delusional thought that it can’t happen or it won’t happen. I look at things from a pragmatic point of view. I plan for what I reasonably believe would be the worst case scenarios, and yet I still hope for the best.

I had mentioned “mindset” in my article. The above discussion underlines the importance of moving from an “everything is just fine” mindset to the “S just HTF” mindset. It’s tough. None of us have lived through such events. Maybe our parents and/or grandparents lived through the Great Depression. That was certainly as close to a WROL event as we have seen in the U.S. in the last 100 years.

Outside the U.S., look to occupied Europe during WW2 or post-Vietnam war Cambodia or present-day Venezuela for an historical perspective of how societies fall apart in response to tyranny. To think that could not happen in the United States during a catastrophic economic downturn is wishful thinking at best. Add the possibility of an EMP or nuclear war and we are well beyond what most humans can imagine. If you cannot think through such scenarios in a reasonable manner, you may be visiting the wrong web sites and wasting your time and money.

Our Society is Vulnerable

Our society is far more vulnerable today, compared to America in the 1930’s. We rely far too much on automation and a just-in-time supply chain. Small disruptive events at the edges of our support systems can lead to a cascading catastrophe in a very short period of time. The vast majority of people are not prepared to withstand such a shock. This is one of my worst case scenarios.

As I mentioned above, I left my prior group. Actually, over a two month period that group dissolved on its own. In my 20+ years of preparing, I have not come across a group with a core membership that remained intact for more than a few years. I don’t think my experience is an outlier. I feel it’s very difficult to form and maintain an effective preparation group. Even if you manage to bring together a substantial number of like-minded individuals, the fact is, it takes an considerable amount of funds, training, and time to create a group that is actually capable of addressing even the most basic of survival situations. If a WROL does not come along, people lose interest and drift away.

Traveling To a Safe Haven

Traveling to a safe haven is just one of the basic requirements for most groups. Many commented on just how difficult that would be and how much training would have to go into preparing a group for such a mission. This is all true and leads to a question: If the group is not willing or able to undertake such responsibilities, should that group continue to exist? I would argue “no”. This is one reason it’s important to go well beyond the ammo, food, and shelter basics.

What does it really take to form a truly effective group? It requires far more than most are willing to accept. For me, I am somewhat back to square one. I’m still not able to live and work in a truly rural area. So, I am stuck, in a sense, like most of us. In response, I have located my supplies to a few storage areas near friends who live in rural communities. My bet is that should a WROL event occur, I’ll be able to get to at least one of these locations and that my friends will welcome my capabilities. Of course, I plan to leave well in advance of any overt trouble. I watch and wait. 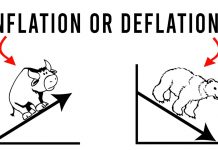