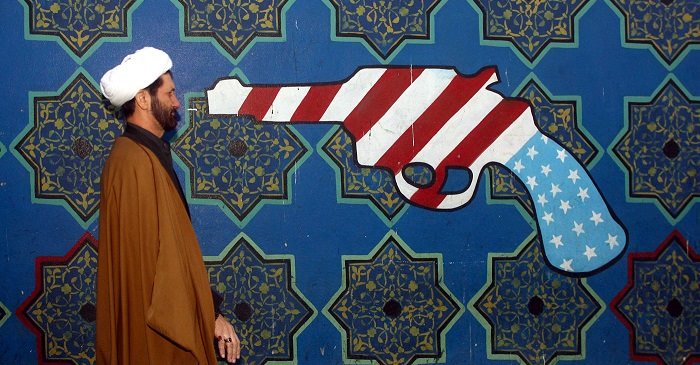 I’ve been noticing videos going viral the last few days, some with millions of views, about Muslim women bravely fighting to free themselves from oppression in the Middle East. The videos, curiously, are being shared enthusiastically by many Republicans and pro-Israel hawks, who aren’t traditionally the sort of crowd you see rallying to support the civil rights of Muslims. What’s up with that?

Well, you may want to sit down for this shocker, but it turns out that they happen to be women from a nation that the US war machine is currently escalating operations against. They are Iranian.

Whenever you see the sudden emergence of an attractive media campaign that is sympathetic to the plight of civilians in a resource-rich nation unaligned with the western empire, you are seeing propaganda. When that nation is surrounded by other nations with similar human rights transgressions and yet those transgressions are ignored by that same media campaign, you are most certainly seeing propaganda. When that nation just so happens to already be the target of starvation sanctions and escalated covert CIA ops, you can bet the farm that you are seeing propaganda.

Back in December a memo was leaked from inside the Trump administration showing how then-Secretary of State, DC neophyte Rex Tillerson, was coached on how the US empire uses human rights as a pretense on which to attack and undermine noncompliant governments. Politico reports:

The May 17 memo reads like a crash course for a businessman-turned-diplomat, and its conclusion offers a starkly realist vision: that the U.S. should use human rights as a club against its adversaries, like Iran, China and North Korea, while giving a pass to repressive allies like the Philippines, Egypt and Saudi Arabia.

“Allies should be treated differently — and better — than adversaries. Otherwise, we end up with more adversaries, and fewer allies,” argued the memo, written by Tillerson’s influential policy aide, Brian Hook.

The propaganda machine doesn’t operate any differently from the State Department, since they serve the same establishment. US ally Saudi Arabia is celebrated by the mass media for “liberal reform” in allowing women to drive despite hard evidence that those “reforms” are barely surface-level cosmetics to present a pretty face to the western world, but Iranian women, who have been able to drive for years, are painted as uniquely oppressed. Iran is condemned by establishment war whores for the flaws in its democratic process, while Saudi Arabia, an actual monarchy, goes completely unscrutinized.

This is because the US-centralized power establishment, which has never at any point in its history cared about human rights, plans on effecting regime change in Iran by any means necessary. Should those means necessitate a potentially controversial degree of direct military engagement, the empire needs to make sure it retains control of the narrative.