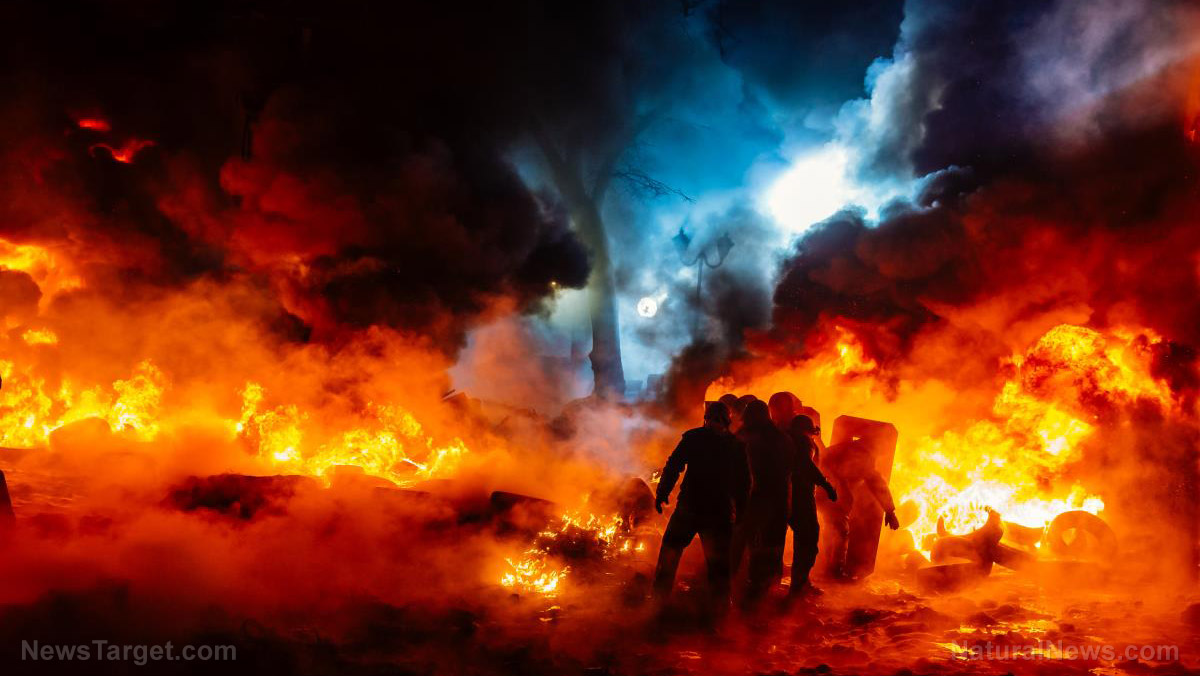 What is going on in Portland is just the beginning of what is going to be a long hot summer. The Deep State is getting their backsides handed to them politically. The harder the Deep State pushes the fake news rhetoric towards President Trump, the farther their errand boy, the Democratic Party, falls behind in the polls and ultimately the election results. Therefore, the Dems must apply pressure in a different manner.

A recent CBS poll of likely voters was very revealing and especially so, since CBS is a die-hard mainstream media outlet specializing in fake news. I am shocked that CBS chose to not cover-up their findings of the voting intentions of likely voters this coming November in the upcoming midterm elections.

Despite the constant bombardment of the fake news industry that is currently occupying the mainstream media over the issue of separating children from their parents who have illegally entered our children, the Deep State controlled Democratic Party has actually lost ground.  Among likely voters, the Democrats have lost 3% from the same kind of CBS poll conducted three weeks earlier.

Further, I did an analysis of the midterm results and before I could publish my reaction, Fox News did it for me and they concluded, almost word for word, what I concluded and was subsequently writing.

Additionally, polls in recent months show that The black voter support of Trump has doubled and Trump is such a racist that his support among Hispanics most likely to vote has increased from 11% to 25%.  The Deep State and the Democratic Party are having a collective cardiac event and they are showing signs of collective incontinence. This has caused to the Deep State to go for broke because their political avenues for success are crumbling.

Without complicating the issue, there are three stages, both occurring and anticipated that characterize the Deep State’s efforts to bring down the Trump administration and ultimately the government of the United States. I have asked several guests that have appeared on my radio show one important question: How far is the Deep State and the Democratic Party willing to go to seize power away from President Trump and the Conservatives.

The following will primarily center on two of three stages of Deep State inspired revolution against the legitimate authority in this country.

In any revolutionary movement, a war of the words is the first battleground as each side attempts to seize control of the narrative. In this stage, propaganda and verbal intimidation are main weapons.

We have witnessed this strategy with the fake news antics of the mainstream media (MSM) as led by CNN. Despite the incessant barrage upon Trump, the poll numbers for the Democrats are going backwards.

When the MSM failed to do its job, Representative Mad Max Waters made a leap forward in the attack upon conservatives and illegally encouraged the harassment of White House personnel conservative lawmakers. Here, I summarized Mad Max Waters’ illegal hate speech which incited violence.

The subsequent harassment of conservatives Sarah Sanders, White House Press Secretary and Florida’s Attorney General, Pam Bondi, was the direct manifestation of Waters’ threats which were acted upon by thugs from the left.

Presently, I am in the San Diego area on business and on the day of my arrival, the news covered an event which was taking place only blocks from where I was staying. Protesters lined the streets along Highway One, next to the beach in Carlsbad, CA., and protested the zero tolerance policy of Trump separating children from their illegal border crossing parents. When a parent is arrested for any crime, are they not separated from their children? Please cite me instances where this is not true. The left cannot, because of course it is true! And I should add that an estimated 80% of the children being held in DHS FEMA camps facilities were not with their parent when they were detained. In a stunning admission, the local media revealed that the Carlsbad, CA. protesters were being organized and funded by Moveon.org (ie George Soros). This opens up a whole different can of worms that I will explore in Part Two of this series.

Despite the Deep State’s best efforts, the polls and the primary election results show that Stage One’s tactics are not working. Subsequently, the Democrats, on behalf of the Deep State took their antics to another level, namely, stage two.

Stage Two’s tactics of moving the country towards civil war is characterized by an ever-increasing levels of violence. Let’s start with the mayor of Portland, Oregon.

The extreme leftist mayor of Portland, has demonstrated on many fronts that he is a communist subversive who is actively working against the Federal government. When 1500 protesters illegally seized the ICE facility in Portland, Mayor Ted Wheeler ordered the police to stand down, even when the protesters began to vandalize the structure. The protesters went so far as to take down the American flag and replace it with “Refuges Welcome”. By refusing to act to remove the occupiers, Mayor Wheeler is guilty of malfeasance of office, suborning sedition, facilitating criminal trespass, inciting the harassment of federal employees and depraved indifference with regard to the escalation of violence against federal employees engaged in the lawful performance of their constitutionally mandated professional duties. Wheeler is a mayor who is in total insurrection against the lawful authority of the federal government. But wait, it does not stop there.

Most aware people are aware that the Oakland mayor has illegally interfered with ICE activities in her city. This, too, is sedition.

Michael Moore has said that he will use a million people to block the nomination of a Supreme Court Justice. If Moore makes good on his promise, is there any question that there will be widespread violence?

There are two variables associated with Stage Two of a revolution (1) widespread violence against the opposition; and (2) the use of political hit men to assassinate political rivals.

In a story recounted several times, both on this site and our radio show, Paul Preston has recounted how his embedded sources, attending the CALEXIT sources have heard the pledges of support and are willing to initiate a white genocide in public places. Further, there are untold numbers of MS-13 who have been admitted to the country who specialize in political assassinations. When these events begin to occur, and the Portland riot was a big step in this direction, we will see violence on an unprecedented scale in the history of our country.

Stage three of a revolution is actually the commencement of a civil war, or a coup. Which one will occur depends on the level of violence and opposition to the takeover.

The Deep State has not sufficiently tipped their hand as to how they are going to bring the country into civil war and what this will consist of. My personal opinion is that Obama invoked the Kigali Principles for a reason. This allows the UN, with no permission needed, to enter a country that the UN says is in crisis with military troops. They will not doubt be confronted by loyal American military units. If I were a betting man, this is what I think is going to occur and Stage two violence reaches and apex and the body count rises to dramatic levels.

On the eve of July 4th, one has to wonder if this is the last July 4th with regard to a public display patriotism? One caution that I would offer is that each and every conservative American needs to be cognizant of the fact that they are a potential target. Subsequently, I would encourage caution when people venture into public venues. I believe the cartels that pledged violence against conservatives in the CALEXIT meetings will attempt to keep their word. 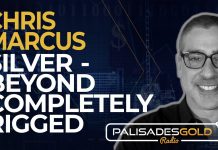