QUESTION: It seems that the Democratic Party is turning really socialist. The DNC Chair Tom Perez said the Socialist Ocasio-Cortez is the “The Future Of Our Party” and it seems they just ignore the socialist path in places like France which we pointed out their stock market peaked back in 2000 and has not participated in the buill market like just about every other country. They also ignore how socialism destroyed Venezuela. Is this the socialist fight and last stand?

ANSWER: I have said before that we are in the throes of the collapse of socialism. All the socilistic programs are collapsing. That said, the socialists will make a major attempt to force their will upon the majority. They see the economy as a zero-sum game. They do not believe that someone can get rich without exploiting the poor. They do not believe in human individuality, talent, or economic advancement. Anyone who comes up with a new invention that furthers the economy and creates jobs like the automobile if really exploiting the working class. It is a logic that is just so fundamentally anti-humanity it remain just astonishing. 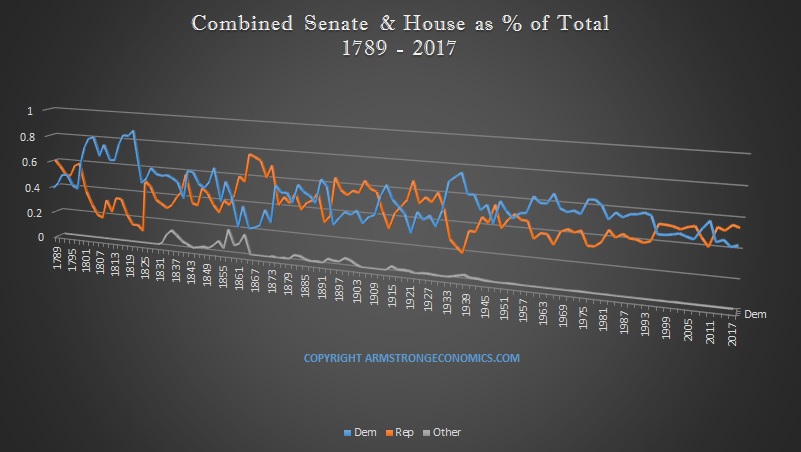 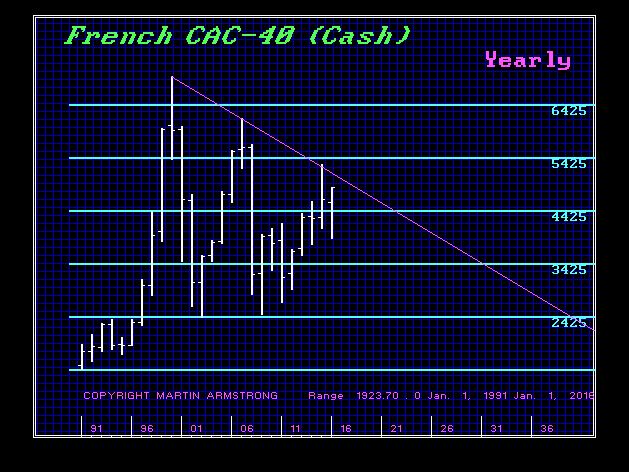 The Democratic Party had effectively a knee-jerk reaction to the Great Depression. The soared for that first election and have been in a bear market ever since. Yes, you are correct. France is the MOSTsocialistic country in Europe. Macrone is trying to break the unions, but it is not easy. The cab drivers encircled Paris and blockaided traffic until Uber was declared illegal. Nobody looks at the consumer and how Uber would lower the costs of transportation for the average person rather than cab drivers who are exploiting the people under the socialist flag.

The truth is that socialism exploits the average person. It robs them of their individuality, freedom, and ability to ever rise up the economic ladder. So while the Democrats are celebrating the 28-year old Ocasio-Cortez as the future of their party, they ignore that the Constitution was supposed to guarante Equal Protection of the law, with no exception that you make too much money. Even the Ten Commandments prohibit lusting after another’s property. It does not matter that what they preach is anti-human, converts everyone to an economic slave of indendtured servitude for if you are born American and live in another country, they you still must pay taxes they call your fair shair of exactly what when you use no such services? Their version of “fair share” is simply you owe taxes as an economic slave.