“The Constitution is not neutral. It was designed to take the government off the backs of the people.”—Justice William O. Douglas

For those still deluded enough to believe they’re living the American dream—where the government represents the people, where the people are equal in the eyes of the law, where the courts are arbiters of justice, where the police are keepers of the peace, and where the law is applied equally as a means of protecting the rights of the people—it’s time to wake up.

We no longer have a representative government, a rule of law, or justice.

Liberty has fallen to legalism.

Freedom has fallen to fascism.

And for too many, the American dream of freedom and opportunity has turned into a living nightmare.

Given the turbulence of our age, with its police overreach, military training drills on American soil, domestic surveillance, SWAT team raids, asset forfeiture, wrongful convictions, profit-driven prisons, and corporate corruption, the need for a guardian of the people’s rights has never been greater.

Yet as the events of recent years have made clear, neither the president, nor the legislatures, nor the courts will save us from the police state that holds us in its clutches.

After all, the president, the legislatures, and the courts are all on the government’s payroll.

They are the police state.

Certainly, Americans can no longer rely on the courts to mete out justice.

The courts were established to serve as Courts of Justice. What we have been saddled with, instead, are Courts of Order.

This is true at all levels of the judiciary, but especially so in the highest court of the land, the U.S. Supreme Court, which is seemingly more concerned with establishing order and protecting government interests than with upholding the rights of the people enshrined in the U.S. Constitution.

Whether it’s police officers breaking through people’s front doors and shooting them dead in their homes or strip searching innocent motorists on the side of the road, these instances of abuse are continually validated by a judicial system that kowtows to virtually every police demand, no matter how unjust, no matter how in opposition to the Constitution.

As a result, the police and other government agents have been generally empowered to probe, poke, pinch, taser, search, seize, strip and generally manhandle anyone they see fit in almost any circumstance, all with the general blessing of the courts.

Rarely do the concerns of the populace prevail.

When presented with an opportunity to loosen the government’s noose that keeps getting cinched tighter and tighter around the necks of the American people, what does our current Supreme Court usually do?

Speaks to the narrowest possible concern.

More often than not, it gives the government and its corporate sponsors the benefit of the doubt, which leaves “we the people” hanging by a thread.

Rarely do the justices of the U.S. Supreme Court— preoccupied with their personal politics, cocooned in a priggish world of privilege, partial to those with power, money and influence, and narrowly focused on a shrinking docket (the court accepts on average 80 cases out of 8,000 each year)—venture beyond their rarefied comfort zones.

Every so often, the justices toss a bone to those who fear they have abdicated their allegiance to the Constitution. Too often, however, the Supreme Court tends to march in lockstep with the police state.

The Court’s 2017-18 term was a particularly mixed bag. Here are some of the key rulings and non-rulings handed down by the Court this term:

In Janus v. American Federation, a 5-4 Supreme Court chose to err on the side of the First Amendment when it concluded that state laws forcing public-sector employees to provide financial support for unions that engage in political activities with which they disagree violates the First Amendment.

In Masterpiece Cakeshop, Ltd. v. Colorado Civil Rights Commission, the Court ruled narrowly that government officials had violated the First Amendment rights of a baker by discriminating against his religious views regarding same-sex marriage.

In National Institute of Family and Life Advocates v. Becerra, the Court ruled against compelled speech by a government agency when it found that a California state law violated the First Amendment by forcing pro-life crisis pregnancy centers to provide patients with information about how to obtain an abortion.

In Minnesota Voters Alliance v. Joe Mansky, the Court struck down as unconstitutionally vague a Minnesota law that bans political speech on any “badge, button, shirt, or hat” worn at election polling stations. Critics had argued that the law opened the door to abuse of voters’ free speech rights by giving appointed election officials unlimited discretion to determine what political speech should be censored.

In refusing to hear the case of Young v. Borders, the Supreme Court declined to hold police accountable for shooting and killing an innocent homeowner during the course of a middle-of-the-night “knock and talk” police tactic gone awry. The Court’s refusal to review the case let stand a lower court ruling that exonerates police who, while executing a “knock and talk” investigation of a speeding incident, banged on the wrong door at 1:30 am, failed to identify themselves as police, and then repeatedly shot and killed the innocent homeowner who answered the door while holding a gun in self-defense.

In Kisela v. Hughes, the U.S. Supreme Court shielded a police officer who shot a woman four times in her driveway as she stood talking to a friend while holding a kitchen knife. As Justice Sonia Sotomayor acknowledged in her dissent, “It tells officers that they can shoot first and think later, and it tells the public that palpably unreasonable conduct will go unpunished.” Sotomayor, one of the few justices who speaks out consistently against police misconduct, denounced the ruling as “part of a disturbing trend of unflinching willingness’ to protect police officers accused of using excessive force. The court’s decisions concerning qualified immunity, she wrote, ‘transforms the doctrine into an absolute shield for law enforcement officers.’”

In Carpenter v. United States, a 5-4 Court sent a strong message about privacy rights in an age of government surveillance, ruling that police must generally obtain a warrant before obtaining cell phone data to track a person’s movements.

In Collins v. Virginia, the Court refused to grant law enforcement yet another loophole to encroach on the rights of citizens to privacy in their homes, ruling 8-1 that police may not intrude on private property in order to carry out a warrantless search of a vehicle parked near a residence.

In United States v. Microsoft, the Court sidestepped a debate over digital privacy in the face of government surveillance when it mooted a case over whether Microsoft had to comply with a request to provide emails hosted on overseas servers in response to government subpoenas.

In Dahda v. United States of America, the Court ruled 8-0 that evidence obtained under orders that violate the nation’s federal wiretapping law can be used against a defendant in a criminal trial.

Immigration and the Power of the Presidency

In Trump v. Hawaii, a polarized Supreme Court upheld the Trump Administration’s ban on foreign travelers from Muslim-centric nations, ostensibly giving the president the power to discriminate on the basis of religion, while simultaneously overturning the Court’s World War II-era ruling in Korematsu v. United States that saw nothing wrong with the government imprisoning Japanese-Americans in internment camps. In other words, the Court righted one wrong (Korematsu) while sanctioning another. As Justice Sotomayor concluded in herdissent, “By blindly accepting the government’s misguided invitation to sanction a discriminatory policy motivated by animosity toward a disfavored group, all in the name of a superficial claim of national security, the Court redeploys the same dangerous logic underlying Korematsu and merely replaces one ‘gravely wrong’ decision with another.”

In Murphy v. NCAA, the Court ruled 7-2 in favor of the 10th Amendment, which reserves to the States (and the people) the powers not delegated to the United States by the Constitution, nor prohibited by it. The case was factually about the right of the states to legalize sports gambling despite a federal law prohibiting it, but the ramifications of the ruling could extend into the area of marijuana legalization.

In Husted v. A. Philip Randolph Institute, the Court gave the green light to Ohio to remove people from its voter registration rolls if they hadn’t been heard from in four years.

In Gill v. Whitford and Benisek v. Lamone, the Court weighed in on two cases that challenged the practice of gerrymandering, in which the boundaries of an electoral constituency are drawn in such a way as to favor one side over another in an election. Instead of addressing the issue of partisan gerrymandering, the Court disposed of the cases on procedural/standing grounds.

In South Dakota v. Wayfair, the Court leveled the playing field, at least when it comes to collecting sales tax, between online ecommerce retailers and traditional businesses with a physical presence in a particular state.

So where does that leave us?

Still in the clutches of the American police state, I’m afraid.

In recent years, for example, the Court has ruled that police officers can use lethal force in car chases without fear of lawsuits; police officers can stop cars based only on “anonymous” tips; Secret Service agents are not accountable for their actions, as long as they’re done in the name of security; citizens only have a right to remain silent if they assert it; police have free reign to use drug-sniffing dogs as “search warrants on leashes,” justifying any and all police searches of vehicles stopped on the roadside; police can forcibly take your DNA, whether or not you’ve been convicted of a crime; police can stop, search, question and profile citizens and non-citizens alike; police can subject Americans to virtual strip searches, no matter the “offense”; police can break into homes without a warrant, even if it’s the wrong home; and it’s a crime to not identify yourself when a policeman asks your name.

The cases the Supreme Court refuses to hear, allowing lower court judgments to stand, are almost as critical as the ones they rule on. Some of these cases have delivered devastating blows to the rights enshrined in the Constitution. By remaining silent, the Court has affirmed that: legally owning a firearm is enough to justify a no-knock raid by police; the military can arrest and detain American citizens; students can be subjected to random lockdowns and mass searches at school; and police officers who don’t know their actions violate the law aren’t guilty of breaking the law.

What a difference nine people can make. 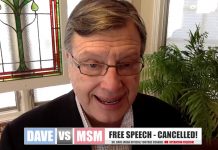