Now that the Syrian government has liberated the majority of terrorist held areas, the government is calling on its citizens who have fled from the violence to return home. The government is offering security to its citizens in those liberated areas and is also calling on the international community to contribute towards the voluntary efforts of Syrians to return to their homeland. According to the UN Human Rights Council, millions have fled the Middle Eastern country in order to get away from the violence and fighting between terrorist organizations, often funded, armed, and trained by Western interests, and Syria’s government forces, backed by Russian air support.

The Syrian government has called on its citizens who have fled the conflicts in the country to return to their homes as the majority of areas have been liberated from terrorist groups.

An official source at the Syrian foreign ministry told SANA on Tuesday that the government will provide security and safety for its citizens in the recaptured areas.

The official also called on the international community and humanitarian organizations to facilitate the voluntary return of Syrian refugees to their country.

According to the UN human rights office and refugee agency UNHCR, 270,000 people have fled the recent fighting in the southwestern province of Dara’a.

Two weeks ago, Syria began the operation to recapture Dara’a, which together with the provinces of Quneitra and Suwaida, forms the Arab country’s southern tip. During the push, the government first tried to clinch surrender deals with the terrorists before staging anti-terror operations.
According to UNHCR spokesman Andre Mahecic, an estimated 40,000 Syrians have gathered near the border with Jordan, which already hosts 650,000 registered Syrian refugees.

Earlier on Tuesday, the UNHCR urged Jordan to open its border to the displaced Syrians.

“We call on the Jordanian government to keep its border open and for other countries in the region to step up and receive the fleeing civilians,” UN human rights spokeswoman Liz Throssell told a news briefing.

The crisis in Syria, which flared in March 2011, has so far claimed the lives of hundreds of thousands of people and displaced nearly half of the Arab country’s population within or out of its borders.

The UNHCR has registered over 5.6 million Syrian refugees overseas, including 3.5 million in Turkey and others mainly in Lebanon, Jordan and Germany.

Now that the Europeans have reached an agreement that EU countries no longer need to take in migrants, work to prevent secondary migration, and is set on detaining them, a policy of voluntary deportation can be met with receptivity from the Syrian government, which is declaring that it wants its people back. With a safe environment to return to, Europe can realize a decreased migration flow from Syria and, at the same time, send back a healthy number of those who have not already integrated into European society, and who have a will to return to their homeland. In a way, this would suit the interests of the Europeans, who are facing a heightened political tension over migrants, and the interests of Syria. Now, if the Europeans will stop bombing the place, they might even be able to do even better with this. 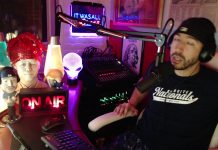