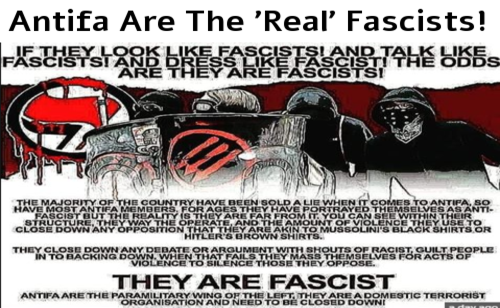 In this new story from Brandon Smith over at Alt-Market.com titled “Globalists Are Telling Us Exactly What Disasters They’re Planning For The Economy“, Smith warns that while President Trump is busy trying to ‘make America great again‘, the ‘globalists‘ who long ago ‘hijacked‘ America still have very real concrete plans to complete the centralization of economic and political power into the hands of a select few people around the world.

As Smith reports, at the core of globalism “is the desire for total power, built upon full blown narcissism and sociopathy leading to naive notions that godhood, for them, is attainable” and as we’ve previously reported on ANP, with artificial intelligence combined with ‘transhumanism‘, many globalists really do believe they’ll live forever.

And as Smith also points out in his story, having obtained the money and power which they’ve already obtained, the globalists are absolutely in the position to trigger ‘economic travesty’ and history has proven they like to reveal their plans to the world before they’re fully implemented an in fact, did so back in 1988. First, an excerpt from Smith’s story:

Make no mistake, the globalists have concrete plans, some of them simple, some of them rather elaborate. But who are the “globalists”? There’s really no secret to it: ANY person or institution that promotes the philosophy of global centralization of economic or political power into the hands of a select few is probably globalist.

There is no specific nationality, ethnic group or religious group that makes up the globalist hierarchy. They come from every part of the world and from every conceivable background. They have their private clubs like the Bilderberg Group and the Bohemian Club. They also have their own institutional frameworks, like the Council on Foreign Relations, the Trilateral Commission, the Tavistock Institute, the International Monetary Fund, the Bank for International Settlements, etc. But, these are all distractions and misdirections.

Now, one might assume these globalists would never restrain themselves with such a thing as “rules of etiquette”; that chaos is their sole strategy. However, this is not entirely accurate. From my observations, it appears that they do follow some rules. One of those rules seems to be this: For whatever reason, they willingly and openly volunteer their plans or reveal future outcomes to the public for consumption before they implement those plans or trigger those outcomes. 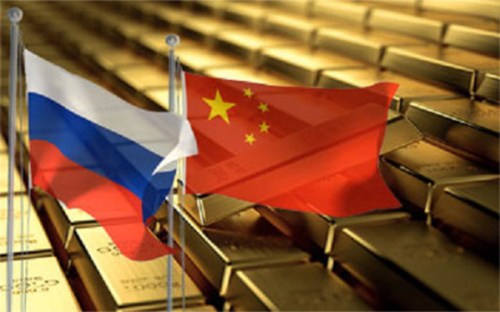 Smith then points out that we’re now witnessing such a ‘revealing’ if we pay close attention. Warning us that central banks in Russia and China that are stockpiling gold in record numbers is another sign of what is about to happen, Smith tells us we’d be very wise to pay attention and prepare with the very same despots that have the ability to cause an economic collapse hinting to us that a collapse is about to happen. Once again, from the Alt-Market story:

Is it not convenient for the globalists that their predictions of crisis fail to mention that the central banks which they control are facilitating the very conditions by which a crash can occur? You see, globalists are perfectly happy to tell you in advance what is about to happen, but they are never going to tell you truth about WHY it happened.

It is likely that on top of the reasons already discussed, these elitists happily admit to their schemes because they think there is nothing anyone can do about them anyway. While preventing an economic disaster is impossible at this stage, it is not true that nothing can be done about the outcome.

As always, the primary solution is to not be dependent on the system, and if globalists try to make you dependent, then you should be prepared to get rid of them. Decentralized economies based on localism first are the answer. If globalists want to deny us the means of production, then we should learn how to produce and manufacture necessary goods ourselves. If globalists want us to depend on their international supply chains for resources, then we should develop our own supply chains and our own resource base at the local level.

In terms of financial protection, the answer is also clear – central banks in nations like China and Russia are stockpiling precious metals at an unprecedented rate. Here again, globalist institutions controlled by the BIS are telling us exactly what is about to happen. With the US slated to enter a steep decline, and stagflationary dangers looming, major players are moving into gold and to some extent silver. It only makes sense that the common man, while he is still able, place a percentage of his savings into these commodities as well.

With tangible commodities in hand, backed by the stability of localized trade, any community could weather the storm of a fiscal downturn. Without these things, survival is far less certain. The very despots that have the ability to cause a collapse are telling us a collapse is about to happen. It is time to take the matter seriously, and prepare accordingly. 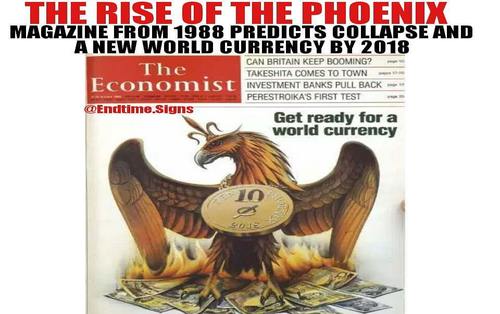 As we reported on ANP exactly one year ago on July 11th of 2017, all the way back in 1988, globalist mouthpiece The Economist predicted that a global world currency would rise out of the ashes of a collapsed system by 2018.

As we reported then, it doesn’t take a rocket scientist to see that they are steering this all into this direction and as we warned in that story, the Economist story had predicted that when the ‘old system’ was being phased out and the ‘new system’ was being implemented, there would be great disruptions all around the world including chaos and civil unrest.

And while the economy and jobs numbers in America continue to thrive, as Zero Hedge reported in this recent story, according to derivatives trading legend Harley Bassman, “an iceberg is dead ahead“.

Even President Trump once warned that the globalists might try to bring down the economy on his watch and while they’ve so far been unable to accomplish that task as doing so would also trigger a tsunami of death and destruction all across the entire planet, Bassman claims most people aren’t paying attention to the signs all around them. From the Zero Hedge story:

While we are now quite familiar with Trump’s negotiating style of ‘bluster and retreat’, it is quite possible that foreign leaders may actually take him seriously. Thus, similar to how WW1 was the unintended conflict, a global trade war could be the unfortunate result of clashing egos which will accelerate the risk calendar.

The signal that an iceberg is ahead is NOT that the FED is jamming the Yield Curve flatter, but rather that long-term interest rates have declined by 30bps through the most recent FED hike; and that this is occurring despite massively expanding supply thanks to Quantitative Tightening (QT) and the Tax Package.

Market pundits like to say: “They don’t ring a bell at the top”. My retort is that they do, you are just not listening.

And sadly, when most Americans ARE listening, they’re listening to the lies of the mainstream media.

With ‘the masses’ here in America being wound up to a fever pitch by both the mainstream Democratic party and the mainstream media over ‘anything Trump’, imagine what might happen should suddenly and without warning, the globalists bring down the economy on President Trump’s watch and attempt to implement their ‘new system’.

As Daisy Luther the Organic Prepper reported in this new story, over the last several days alone, all hell has broken loose in several different locations across the planet and if we pay close attention to what is happening in places such as Porland, Oregon, Haiti, France and elsewhere, we can learn some very valuable lessons.

Warning us that ‘peaceful protests’ can turn violent within a moment’s notice and those who aren’t prepared and paying attention to what’s happening around them could easily turn into a victim, we’ll close this ANP story with these excellent words of advice from Luther at a time when division and hatred seem to be all around us: 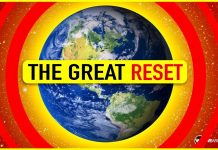