Alas, we live in a 21st century swamp of debt and economic nonsense.

THE PROBLEM SHOWN IN ONE GRAPH: However, gold and silver protect purchasing power as bankers devalue their currencies. The stock market, sometimes, is another means of protecting purchasing power. Consumers and investors must protect their purchasing power!

The government’s “borrow and spend” policies benefit the financial and political elite. Those policies will continue. Consider this graph showing central bank “printing” of currencies from “thin air”: How do you protect your purchasing power?  Use stocks, bonds, real estate, silver, gold, and more.

The problem with stocks—they are dangerously high. Examine the above graph of the DOW Index. It peaked in January 2018. Risk is larger than potential reward.

The problem with bonds:  Bonds yield little and pay in currencies guaranteed to depreciate. The elite can wait for a friendly central banker to bail out their investments, but most individuals cannot. The “problems” with gold and silver:  They are anonymous, safe, retain their value over centuries and are not another party’s liability. They cannot be counterfeited by central banks or governments.

Many investors see the above not as problems, but as benefits!

Western central bankers believe gold and silver threaten their fiat currency monopoly. They want everyone locked into their unbacked debt based fiat currencies. Good for bankers… tough luck for the rest of us. 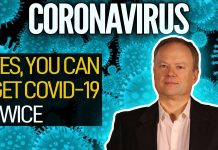